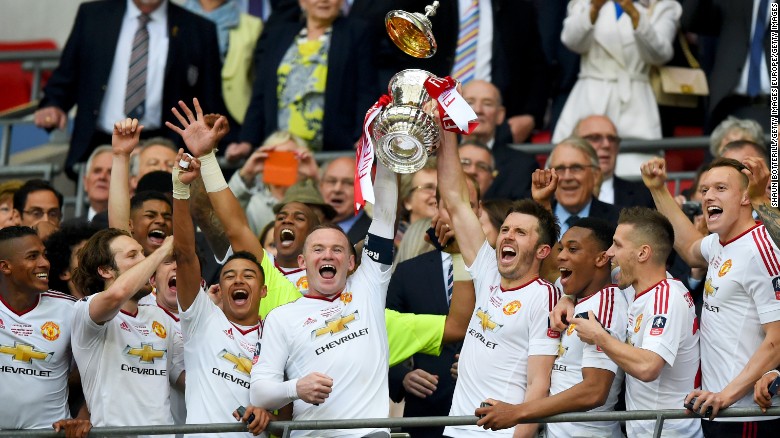 Manchester United go head-to-head with Tottenham Hotspur at Wembley on Saturday with a place in the FA Cup Final up for grabs.

United boss Jose Mourinho is expected to shake up his starting XI for the game following last week’s dismal 1-0 defeat at home to West Bromwich Albion in the Premier League.

Paul Pogba, Alexis Sanchez, Juan Mata and Ander Herrera are amongst the players in danger of missing out as the Red Devils chase their final chance of silverware this season.

Ben Davies is likely to continue at left-back for Spurs with Danny Rose still struggling with a calf strain, but Harry Winks and Kyle Walker-Peters are unlikely to figure.

Defender Jan Vertonghen was seen holding his back against Manchester City last weekend, but he should be fit enough to play.

To know the latest odds on these teams, you may check FA Cup Betting odds by CrownBet on the highly anticipated match of this season.

Mourinho’s side have enjoyed an untroubled passage to the semi-finals, defeating Derby County, Yeovil Town, Huddersfield Town and Brighton & Hove Albion without conceding a goal.

Spurs have knocked out AFC Wimbledon, Newport County, Rochdale and Swansea City to progress to the last four, although they needed a replay against both Newport and Rochdale in the fourth and fifth rounds.

The two sides have met twice in the Premier League this season, with United claiming a 1-0 victory at Old Trafford back in October before Spurs gained their revenge with a 2-0 success at Wembley during January.

United have won four, drawn three and lost five of their last 12 meetings with Spurs, but they had gone 26 games without defeat against the London club prior to that recent run.

The Red Devils are aiming to win the FA Cup for the 13th time, with their last success coming in the 2016 final against Crystal Palace.

Spurs have won the FA Cup eight times in their history, but they have not lifted the trophy since beating Nottingham Forest in 1991.

Following that last triumph, they have lost a record seven semi-finals in a row and they will be desperate to end that run this weekend.

United are still among the top favourites to win the FA Cup, just behind Chelsea and Spurs.

Spurs’ recent record in FA Cup semi-finals is worrying and United are strongly fancied to progress to the final.