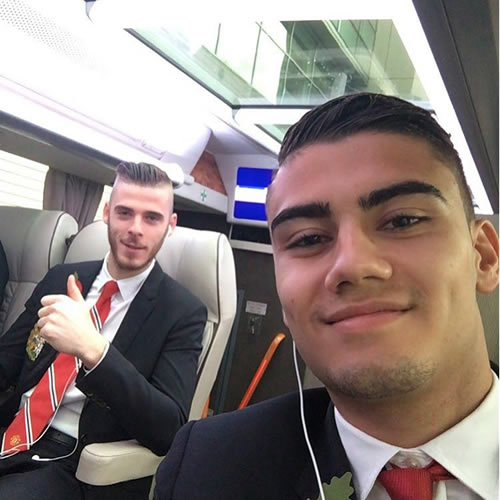 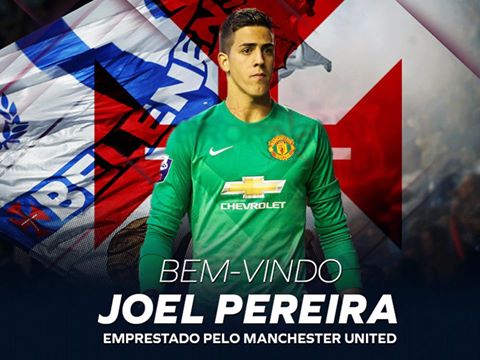 The 20-year-old man between the woods, is departing from  the club second time on the trot on loan, after playing for Rochdale in the 2015-16 season.

Pereira, who was included in Portugal’s Olympic squad as well, was on the substitue’s list in the senior team’s Europa League clash triumph over FC Midtjylland back in February. The goalkeeper was vice captain for Under-21s, when the rookie Red Devils won the title at  White Hart Lane in May earlier this year.

As 26 year old Ricardo Ribeiro left Belenenses this  window,the Lisbon based club’s hunt for new goalie saw them capturing the young United prospect. Reportedly, Belenenses has no option to buy the keeper, as they secured only temporary move.

“The 20-year-old, who was part of Portugal’s Olympic squad, is leaving Old Trafford for the second time on a temporary basis after representing Rochdale last term.

“Pereira was on the bench for the first team’s Europa League win over Midtjylland in February and deputised for James Weir as Under-21s captain when the young Reds clinched the title at Tottenham’s White Hart Lane in May.

“Ricardo Ribeiro left Belenenses in the summer and the Lisbon-based club’s search for a new goalkeeper led them to pull off a late swoop for the United man.”

With David De Gea being arguably the best goalkeeper of the Premier League, if not in the world, the first team chances of Pereira were minuscule. So the move makes sense.