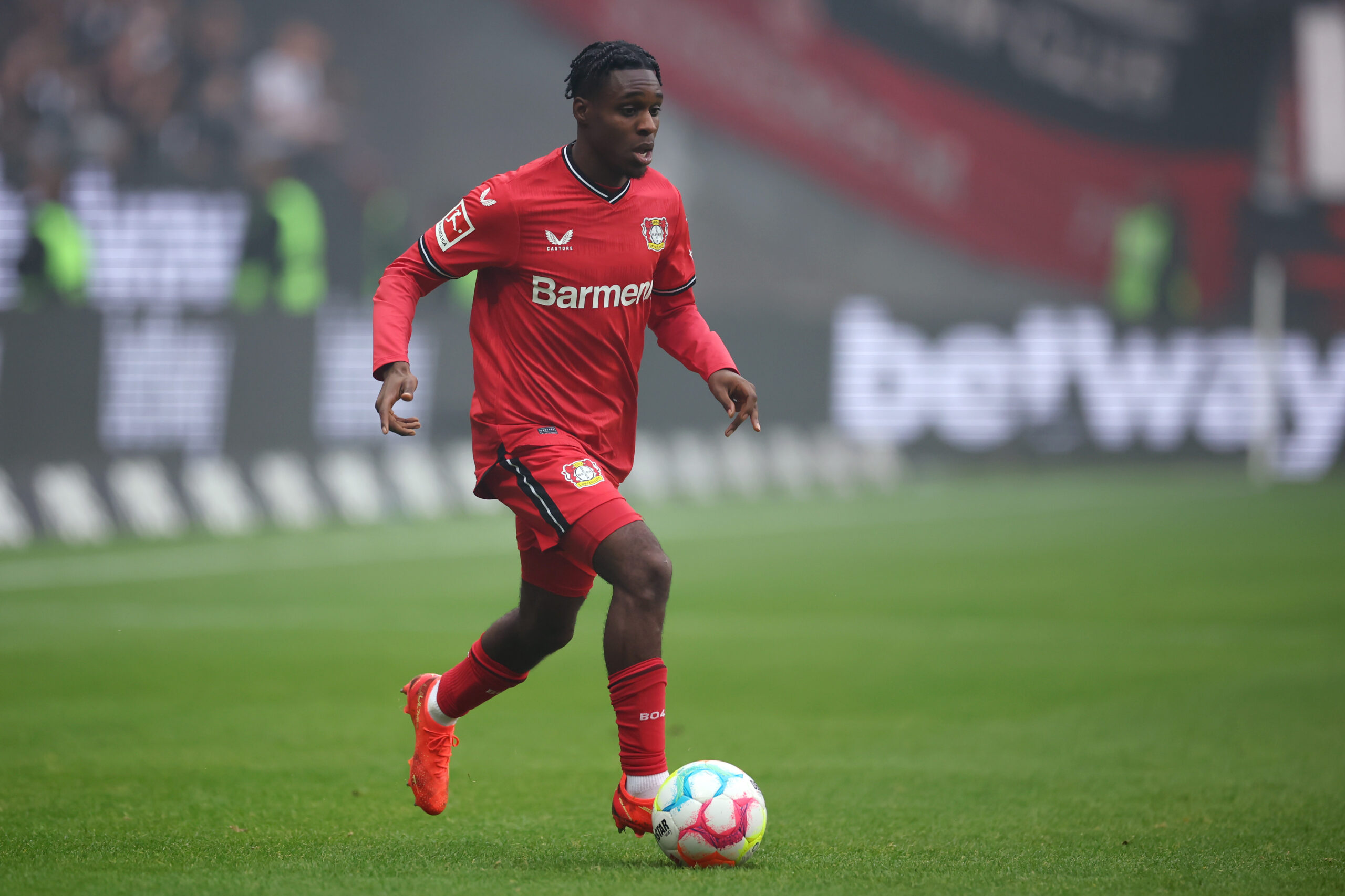 Manchester United want a ‘high-quality right-back’ and their search could end with Bayer Leverkusen’s Jeremie Frimpong.

Erik ten Hag is eager to bolster the right-back spot in the winter transfer market. According to Sky Sports reporter Florian Plettenberg, Frimpong is one of the players on United’s shortlist.

The 21-year-old joined Leverkusen from Celtic in January 2021 and has been a key part of their squad since then.

His current contract runs until 2025, which puts the German club on the stronger side of any negotiation.

If Ten Hag wants the young full-back in his squad, United may have to pay a handsome fee.

Diogo Dalot has been a constant face in Ten Hag’s line-up. The primary reason behind this is the limited attacking skills possessed by Aaron Wan-Bissaka.

The Dutchman prefers a full-back who is technically sound, good with ball distribution and ready to take attacking positions to help out his team.

More than often, Dalot sprints into midfield when United are dominating ball possession in the opponent’s half.

Frimpong is a very young right-back who has the ability to run up and down the flank all day.

Last season, he bagged one goal and notched six assists.

He is yet to register an assist this campaign but already has four goals to his name in 10 Bundesliga games.

The defender is also named in Netherlands’ 39-man provisional squad for the 2022 World Cup in Qatar.

He, like Jadon Sancho, was a Manchester City academy player but failed to make a single senior appearance for the Cityzens.

In 2019, he moved to Celtic and won the Scottish club’s Young Player of the Year award.

His two-year stay at Leverkusen has helped him to develop his game even more, which in turn has increased his transfer value.

Frimpong is an upgrade on Wan-Bissaka, who has been injured for quite some now.

Due to high expenditure, United may want to wait for next summer to complete any big deals rather than rushing in January.