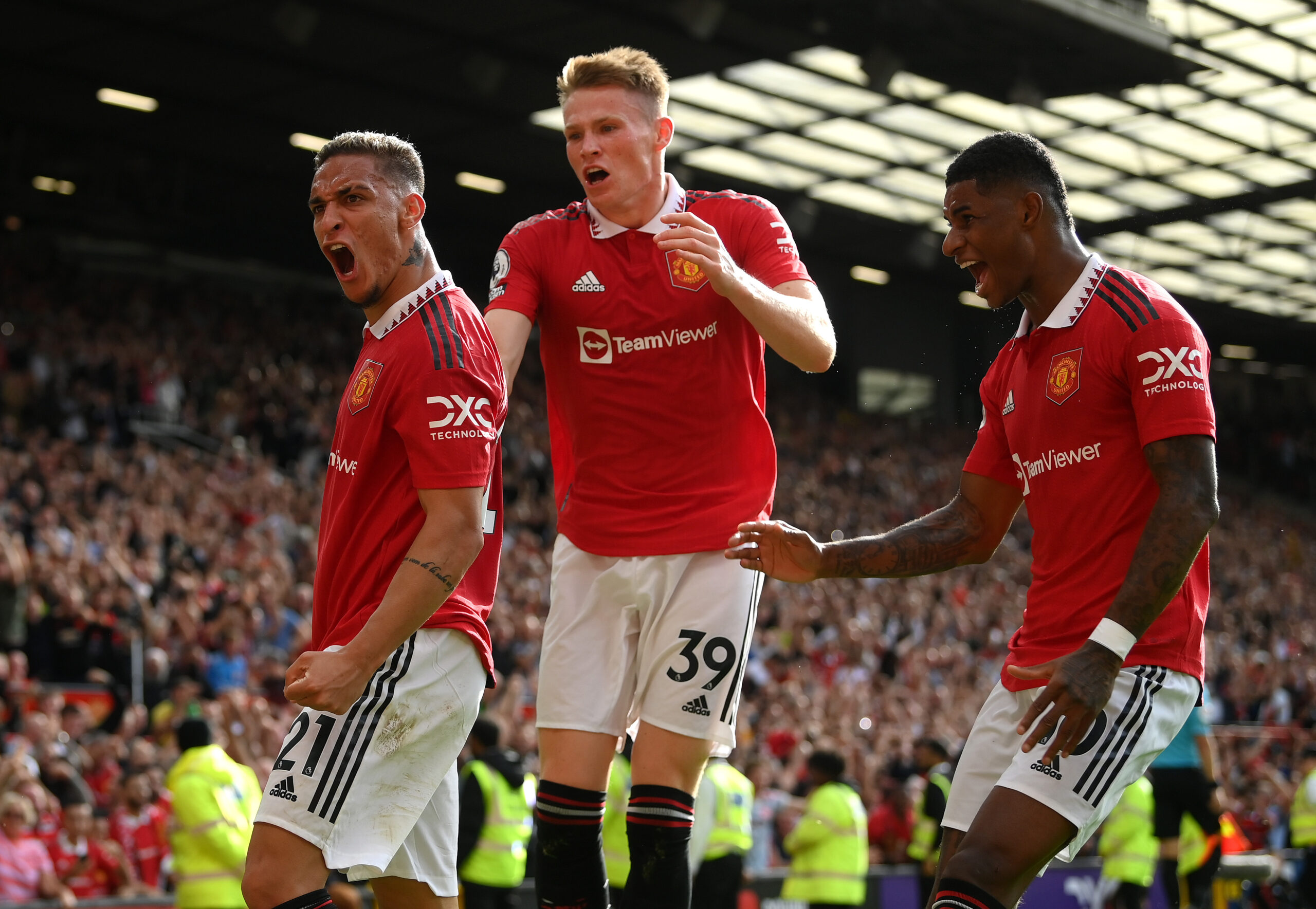 It was an impressive performance from the Red Devils who soaked up all the pressure and caught Arsenal on the break multiple times.

Erik ten Hag made just one change to his side which won the previous three matches.

New summer signing Antony replaced Anthony Elanga in the line-up and made an instant impact.

Arsenal had a fantastic start to the game. Gabriel Martinelli pounced on Bukayo Saka’s perfectly weighted pass to break the deadlock.

However, Martin Odegaard was deemed guilty by VAR of making a foul against Christian Eriksen in the build-up to the goal.

Marcus Rashford subsequently placed the ball into Antony’s path, who slotted it past Aaron Ramsdale with aplomb.

Saka brought the score to parity at the hour mark but Rashford quickly handed put United back in front.

Eriksen unselfishly passed the ball to Rashford who bagged his second goal of the night, taking United to fifth spot in the league.

Ten Hag has been stubborn with his team selection. Antony signed for United less than a week ago and was expected to start on the bench.

However, the Dutchman surprised everyone by throwing him straight into the line-up.

Antony showed style, arrogance and tricks during his hour on the pitch.

When Rashford put the ball on the plate for him, he kept his composure to beat Ramsdale and mark his debut in some fashion.

Scoring a debut goal against old foe Arsenal will always be remembered by this €100 million rated golden boy.

Arsenal lost in the big moments

Mikel Arteta and his men will feel hard done by the final scoreline of 3-1. They dominated possession and attempted more shots but fell short.

They started the second half strongly, creating some good chances but failed to put the ball in the back of the net.

A triple substitution from the Gunners’ manager will also come under some scrutiny because it completely opened them up at the back.

They still sit at the top of the league table, with one point more than second-placed Manchester City.

Arteta’s team is still young and they do play some exciting football, but they need to learn to carve out results in big games.

The England international put in a sublime shift, bagging two goals and one assist. He kept Arsenal’s backline on their toes with his quick movements. His chemistry with Bruno Fernandes is getting better under Ten Hag’s watch.

The new boss has mentioned multiple times that Rashford is a key player. Even with speculation over his future in the summer, the manager was adamant he would not sanction Rashford’s departure.

The 24-year-old is now repaying Ten Hag’s faith. He already has three goals to his name, only one less than he scored in the whole of the previous campaign.

If he can continue his rich form like this, England manager Gareth Southgate will be forced to take him to Qatar for World Cup.