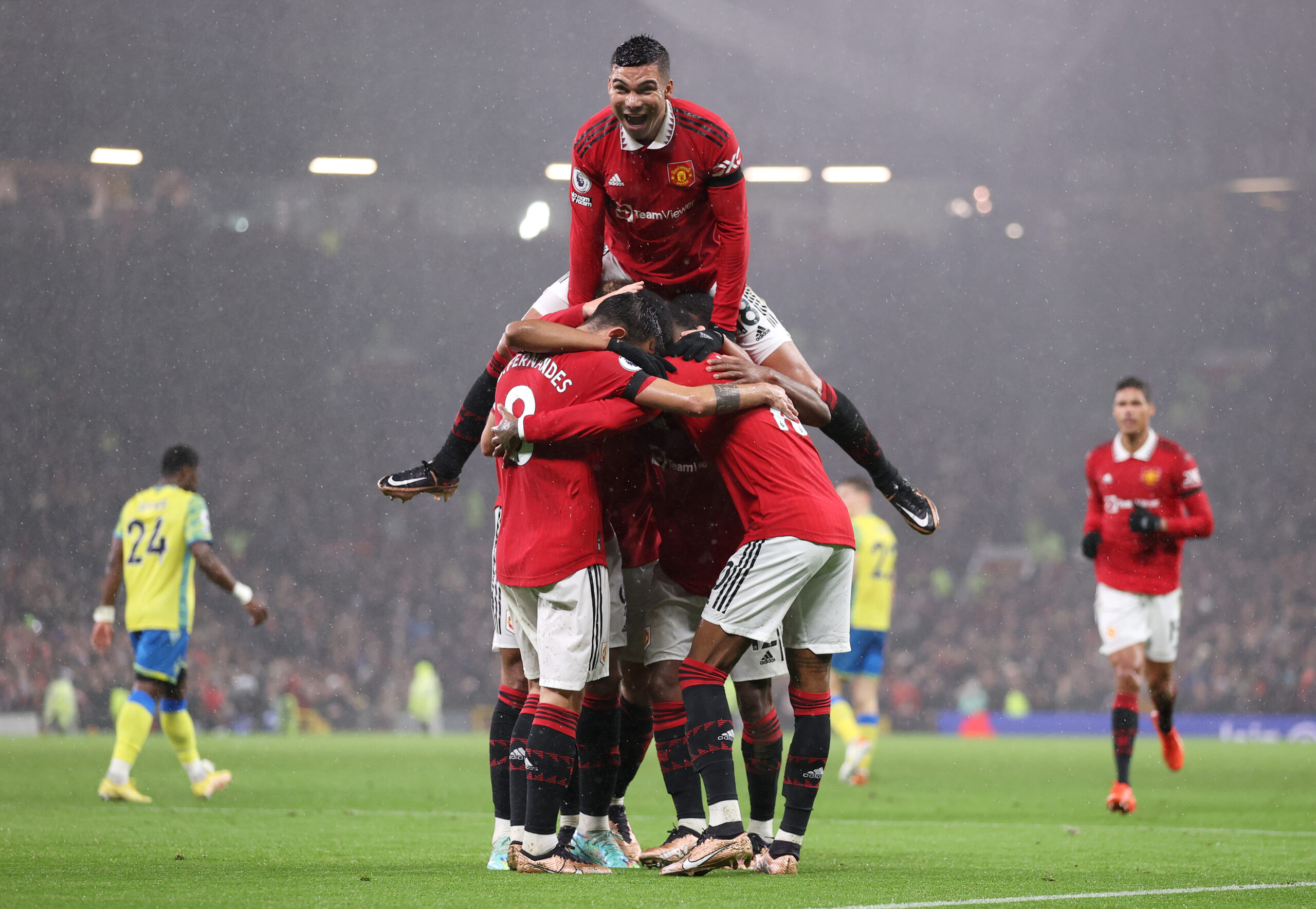 Manchester United made a dominant return to Premier League action last night, cruising past Nottingham Forest with a 3-0 win.

Marcus Rashford found the back of the net following a well-worked corner before setting up the second goal for Anthony Martial.

Steve Cooper’s side started the second half brightly but were unable to breach United’s defence.

Fred, introduced as a substitute, scored the third goal to ensure the Red Devils collected all three points. Here is what we made of the performance.

Casemiro is a cheat code!

United’s number 18 was flawless against Nottingham Forest. He was everywhere on the pitch – making tackles, interceptions and battling in duels before capping off the night with an assist.

The 30-year-old is a fantastic reader of the game and always produces astute displays in the centre of the park.

He made a superb sliding tackle to win back the ball, which ultimately found its way back into Forest’s net through Martial.

His weight of pass for Fred’s goal was immaculate, especially considering how difficult that was to execute on a rainy night.

After years of defensive midfield frustration, United supporters will be delighted to see someone like Casemiro bossing the midfield.

Rashford is stepping up under Erik ten Hag

The England international is on fire at the moment. He is playing with a swagger which was not visible in the previous season. He perfectly executed a training ground routine which broke the deadlock.

A few moments later, he showed great pace and technique to cut inside and place the ball into Martial’s path to double United’s lead.

With a goal and an assist tonight, his tally has increased to 10 goals and four assists across competitions for the club this season. United’s talisman in the post-Ronaldo era?

Manchester United have the top four in their sights

With tonight’s win, United are just a point behind fourth-placed Tottenham Hotspur and with a game in hand.

Spurs have blown hot and cold this season. They look likely to drop points and United have to take advantage of that.

Ten Hag will urge his men to continue their winning momentum as fixtures come thick and fast. Their next game is a trip to Molineux to face Wolverhampton Wanderers on Saturday.