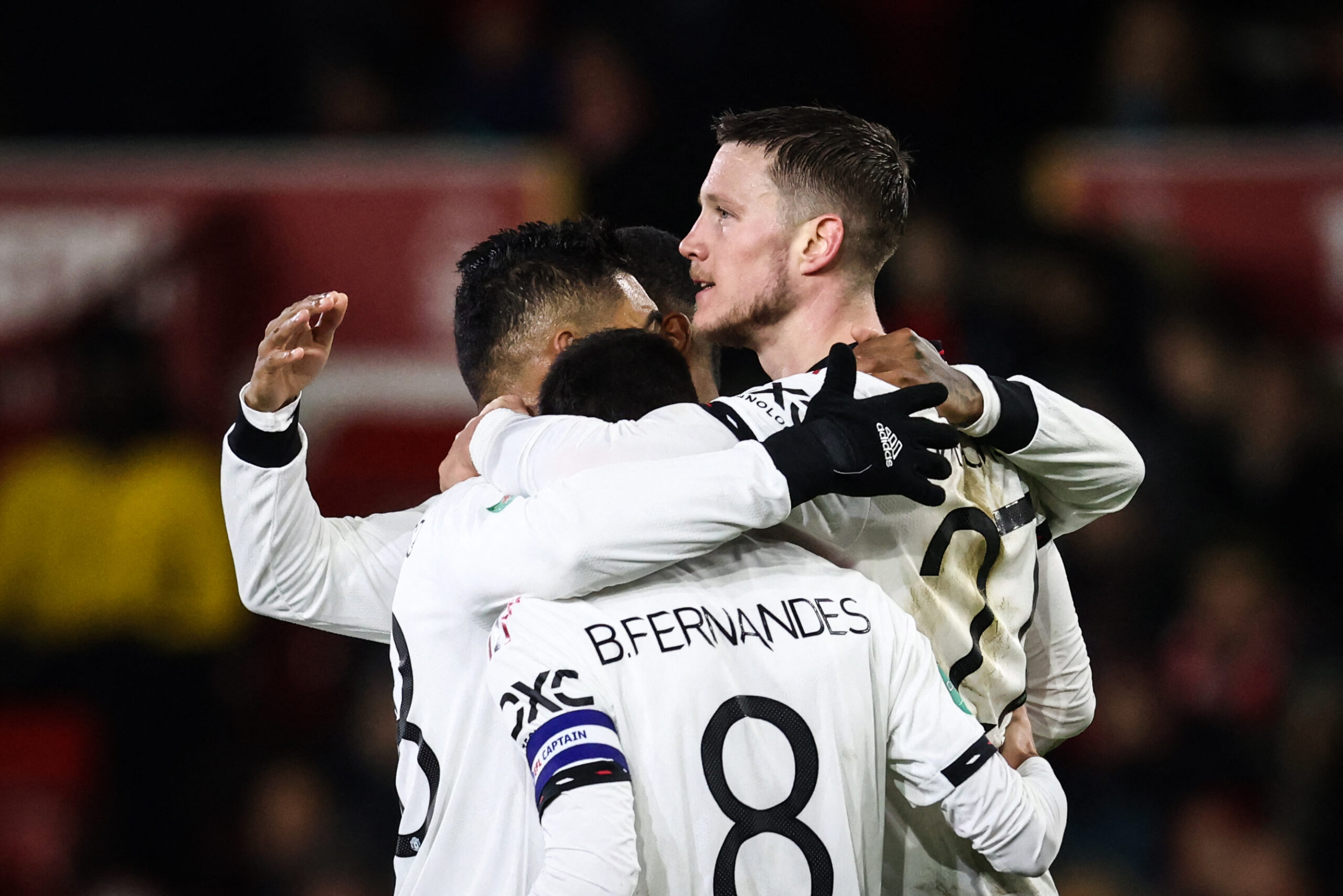 The Red Devils went into the game on the back of a regressive week where they drew with Crystal Palace and lost against Arsenal in the Premier League.

Rashford scored via a stunning solo effort in the sixth minute, getting United off to the perfect start.

The home team grew into the game after going behind with Sam Surridge netting an equaliser. However, the goal was ruled out by VAR due to offside.

Right on the stroke of half-time, Weghorst doubled United’s lead which arguably took a lot of steam away from the Forest players.

Steve Cooper’s men failed to create sustainable pressure in the second half. United’s lead took what seems now an unassailable turn when Fernandes’ accurate strike found the back of the net in the dying minutes of the game.

Here is what we made of the first leg of the semi-final.

The 25-year-old’s journey in the last year has been amazing.

After falling down the pecking order under Ralf Ragnick, no one could have imagined that he would subsequently become United’s talisman.

Playing from the left flank, Rashford picked up the ball in his own half and made a bursting run towards Forest’s goal. He dribbled past three defenders and fired the ball past Wayne Hennessey to give United an early lead.

He has now netted 10 goals in 10 games since the World Cup. Rashford is proving to be world-class at the moment.

Wout Weghorst gets off the mark!

The Dutch striker opened his United goalscoring account by finding the back of the net at a crucial juncture.

Weghorst has impressed United supporters, who are happy to see their number nine pressing without hesitation. His towering presence helps the Red Devils have an additional dimension in attack.

He showed his poaching instincts against Forest when Hennessey’s save fell kindly into his path.

The striker made clever runs, often leaving space for the other attackers to exploit. Erik ten Hag wants his forwards to defend from the front and Weghorst is doing that job in an excellent manner.

Man United last won a trophy in 2017 under Jose Mourinho. Tonight’s emphatic win brings them a step closer to ending the drought.

The Red Devils will enter the second meeting with a healthy three-goal cushion. Their third goal almost rules out a comeback from Nottingham Forest in the second leg.

A victory of this margin will also help Ten Hag to rotate his squad to cope with the demands of a hectic fixture schedule.