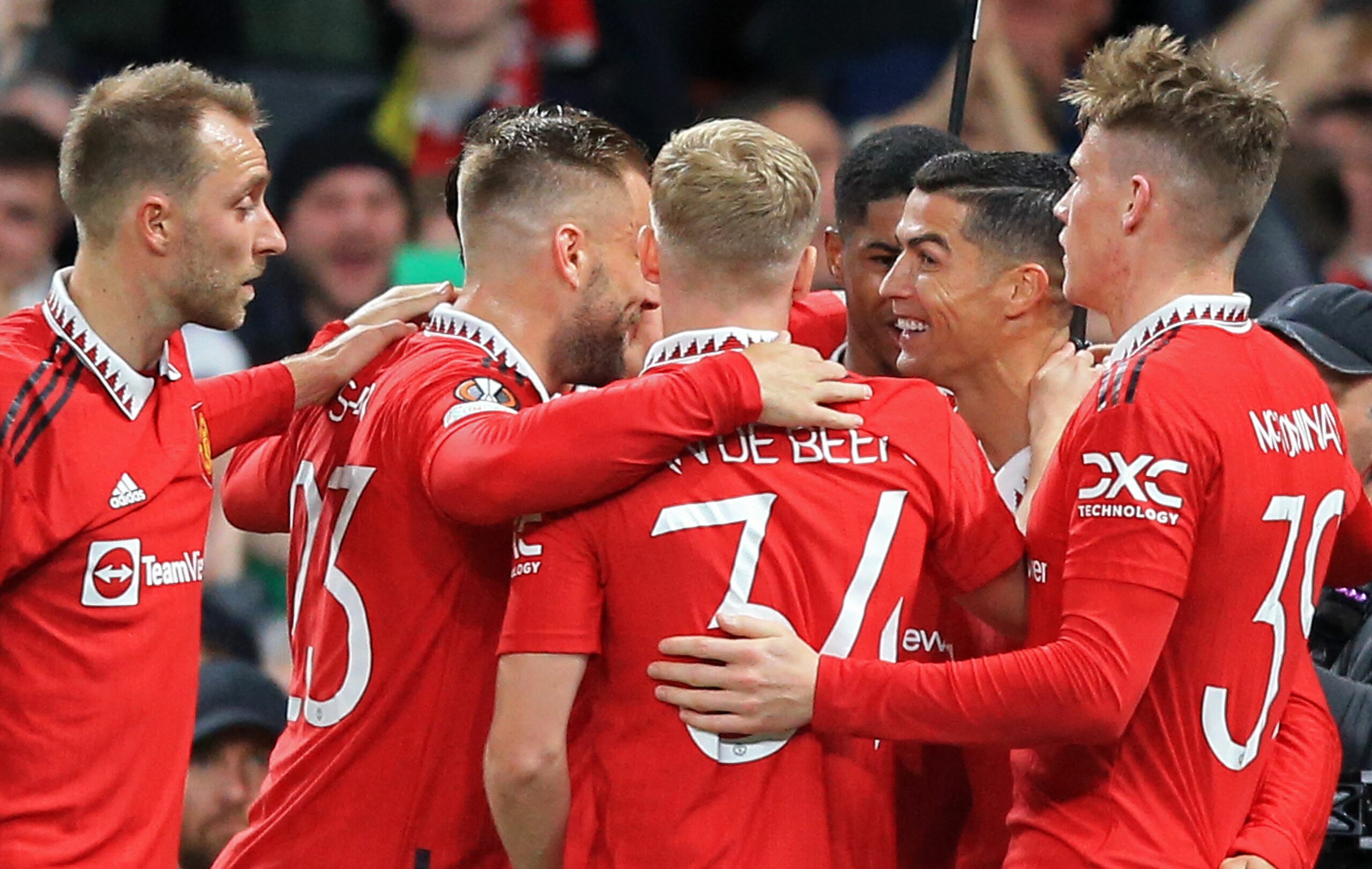 Manchester United produced a dominating display in their 3-0 win over FC Sheriff in the Europa League last night to progress to the next stage of the competition.

Cristiano Ronaldo started after being dropped from the last game as a punishment for refusing to come off the bench.

Alejandro Garnacho earned his first start for the Red Devils at the expense of Jadon Sancho.

It was one-way traffic all night as United controlled the game with Sheriff offering nothing offensively.

Diogo Dalot’s strong header gave United the lead on the stroke of half-time. Marcus Rashford doubled the lead after coming on for Antony after the break.

After trying and failing multiple times to put his name on the scoresheet, Ronaldo found the back of the net to bag his first goal at Old Trafford this season/

Here are our three talking points from the comfortable victory.

When the teamsheet was released, everyone was elated for young Alejandro Garnacho who was handed his full debut for Man United.

He has been on the bench for almost all of the season after having a stellar campaign in the youth side last year.

Garnacho didn’t shy away from taking on the defenders and offered much more threat than Sancho did in the last few games from the left flank.

Marcus Rashford has been disappointing with his finishing in the recent games but came off the bench to put an end to a fine team goal.

Harry Maguire and Donny van de Beek got some important minutes under their belt after being on the sidelines for a while.

Persistence pays off for Cristiano Ronaldo

To say that Ronaldo is frustrated is an understatement.

He found the back of the net from a close range but only to see the offside flag raised. Livid with himself, he picked the ball from the net and smashed it up to the second tier of the Stretford End.

Before this, he got two chances to break the deadlock but failed.

However, his determination and eagerness to get a goal helped him to get to the end of Bruno Fernandes’ delightful cross.

His bullet header was matched by an equally brilliant save, but Ronaldo pounced on the rebound like a leopard.

Big game in Spain next week

Ten Hag’s men travel to Spain next week to clash with Real Sociedad, who defeated them 1-0 in the reverse fixture.

The La Liga club are top of Group E with 15 points, with the Red Devils three points behind.

United need to win the game by more than a one-goal margin to finish top of the table.

If United remain second, they will have to play an extra knockout game against one of the Champions League teams.

Ten Hag will be aiming to avoid that scenario.