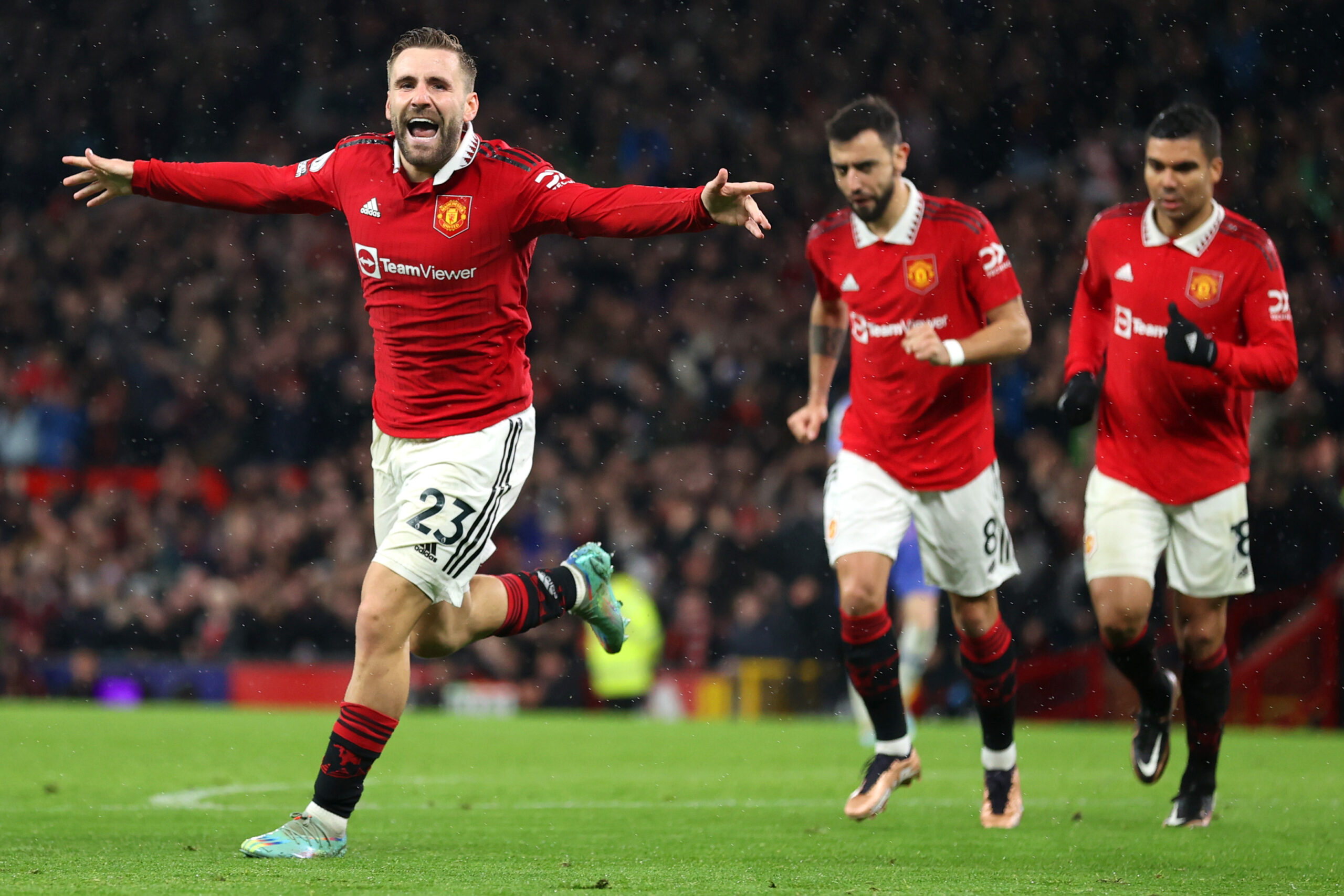 Casemiro opened the scoring with a fantastic volley off Christian Eriksen’s free-kick. Luke Shaw, who started as a left-back, doubled United’s lead with a stunning goal.

The visitors got a fair amount of chances to score, but David de Gea guarded his goal with determination.

Here is what we made of their performance.

The Dutchman was handed a start by Erik ten Hag, who still thinks he may have a future at Old Trafford.

Van de Beek started in the number 10 position, where he was given the license to exploit spaces when Anthony Martial dropped deep to collect the ball.

He tried to get himself involved in the game but failed to do so, completing only seven of his total 14 passes.

A nasty collision left him limping off the pitch at the stroke of half-time, fueling further doubts about his future at United.

Bringing Casemiro to the Theatre of Dreams looks to be one of the best transfer deals of the club in the post-Sir Alex Ferguson era.

The veteran midfielder is making tackles and interceptions, playing key passes and scoring goals. His first season in England is proving to be a memorable one already. The signing of the season?

Shaw was allowed to feature in his preferred full-back position and he delivered yet again. He collected the ball in his own half and made a darting run towards Bournemouth’s goal before finding the back of the net with a composed finish.

His long pass in the buildup to United’s third goal was simply outrageous. He picked up Bruno Fernandes to perfection whose unselfish pass allowed Rashford an easy tap-in.

Not many left-backs in the world are currently better than Shaw when he is in this breathtaking form.

Ten Hag’s men are playing some great football in recent weeks, with results backing up their hard work.

Their winning run has helped them to strengthen their hold on the fourth spot in the league table.

Their next opponents in the league are local rivals Manchester City who are just one point ahead but with a game in hand.

United have a great chance to move up in the league table if they can beat City. After hosting City, they will travel to the Emirates Stadium to clash with table-toppers Arsenal.