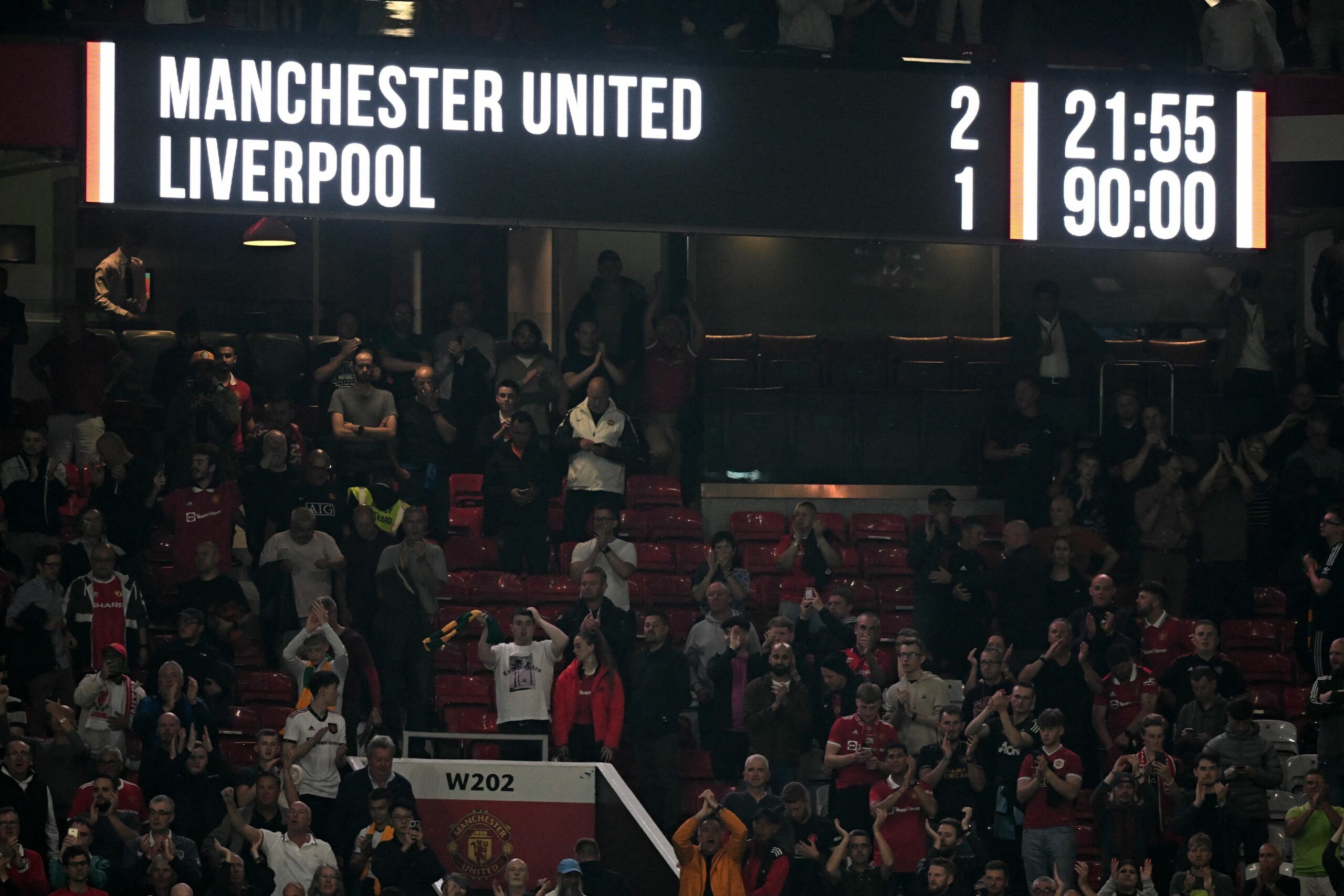 Manchester United’s stunning performance against Liverpool helped them to record a massive 2-1 win on Monday, registering their first points of the season.

The Merseysiders were the favourites to win this clash after United’s horrific start to the campaign.

United supporters were braced for another tough evening but it turned out to be absolute ecstasy for them.

Jadon Sancho opened the scoring for the hosts, but Liverpool finished the first half strongly.

They continued their pressure after the break, only for Marcus Rashford to race clear and slot the ball past Alisson Becker.

Liverpool halved the deficit, thanks to Mohamed Salah’s header from close range.

A comeback from Jurgen Klopp’s men looked to be on the cards but United held on strongly to hand Ten Hag his first victory as a United manager.

The Varane-Martinez partnership has got to stay

It was a giant performance from Raphael Varane and Lisandro Martinez.

With Harry Maguire dropped, Varane showed why is rated as one of the best centre-backs in the world.

He and Martinez withstood anything substantial which came their way.

They closed the opponents quickly and put in some fiery tackles which also lifted the crowd.

You cannot ask more from your centre-back pairing. Hopefully, this ‘thou shall not pass’ performance continues every week.

The former Ajax manager has been under tremendous pressure.

Supporters asking for new ownership, repeated failure in the transfer market and players not showing enough fight on the pitch.

Amidst all of this, Ten Hag dropped Maguire and Cristiano Ronaldo to the bench.

Tyrell Malacia replaced Luke Shaw, with Marcus Rashford leading the line rather than being on the flank.

Rashford proved to be a menace for Liverpool’s backline, constantly running at them with his breakneck speed.

Malacia was relentless from the first minute. He looked a powerhouse, full of energy and commitment.

The left-back finished the game with more than 90% passing accuracy, five tackles and four ball recoveries.

Bringing on Anthony Martial at half-time proved to be a shrewd decision.

When Salah pulled one back for the visitors, Ten Hag decided to put Ronaldo in.

If there’s a need for a goal, why wouldn’t you bring one of the best strikers on with just 10 minutes remaining?

The Dutchman was spot on.

The Merseysiders are still one of the title contenders after three matches, but they are languishing in the 16th spot.

Klopp has several players sidelined due to injuries.

Darwin Nunez’s red card against Crystal Palace meant he was unavailable for selection.

The German’s decision not to start with Fabinho also raised a few eyebrows.

If Klopp fails to find his way out of this slump, Liverpool could be out of the title race pretty soon.