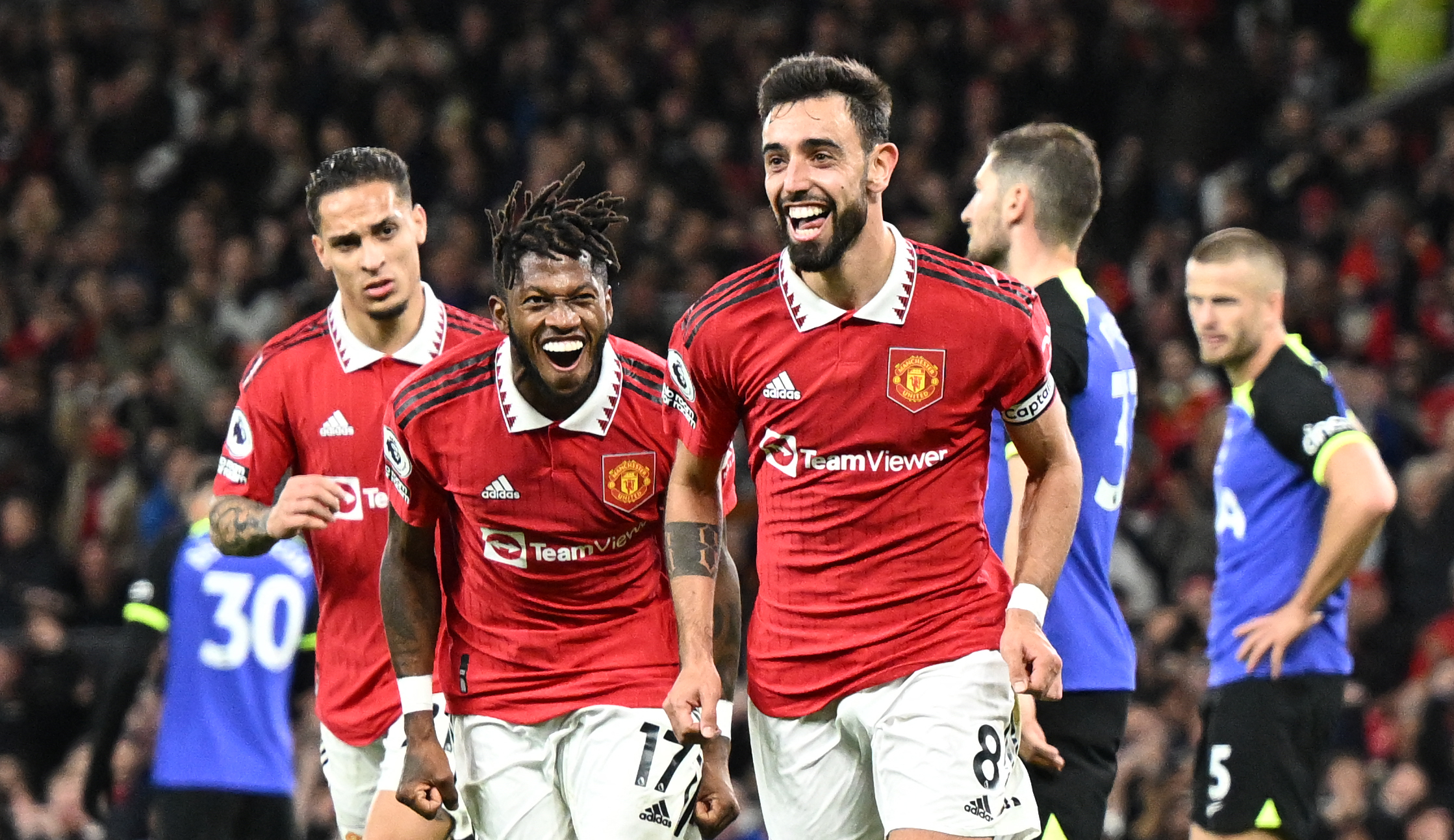 Manchester United defeated Tottenham Hotspur 2-0 last night to move within one point of fourth-placed Chelsea in the Premier League.

The Red Devils produced an assertive display, never giving the Spurs a chance to take control of the game.

Erik ten Hag made one change to his team which drew with Newcastle United last weekend.

Marcus Rashford was recalled into the starting XI, with Cristiano Ronaldo dropping to the bench.

United had numerous opportunities to score in the first half and were unfortunate not to break the deadlock.

Bruno Fernandes’ doubled the deficit by smartly placing the ball into the corner, leaving Hugo Lloris with no chance to make a save.

The scoreline flattered Spurs, as they deserved to lose by an even bigger margin.

Here are our three talking points from this game.

Best performance of the season from Manchester United

Ten Hag’s men were fired up from the first minute. They played with intensity, made tackles and interceptions and were determined to win every second ball.

They had 28 shots on goal in 90 minutes, an attacking statistic we don’t associate with the Red Devils nowadays.

There were some tremendous individual performances which helped the team to shine collectively.

Casemiro bossed over the midfield. Raphael Varane and Lisandro Martinez kept Harry Kane and Heung-min Son in their pockets.

David De Gea was ready whenever he was called into action and continues to impress with the improvement in his ball distribution.

What a difference three days can make! Fred was disappointing against the Magpies, but he redeemed himself to perfection last night.

Fred had some luck in that goal as Ben Davies’ wicked deflection put the ball in the corner. However, that luck was thoroughly deserved after a magical shift in the first half.

Tottenham’s skipper was undoubtedly their best player. If not for him, the final scoreline could have been much worse.

Rashford will feel hard done by the Frenchman’s valiant efforts. Lloris’ three biggest saves of the night came against the United forward.

The England international has been in fine form this campaign, scoring three goals and notching two assists. He would have loved to add more to his tally, but Lloris had other plans.

However, the forward should be held accountable as well. All his shots were very close to the keeper when there was enough room to place the ball slightly wide.

He needs to learn from this and become more clinical in front of goal.