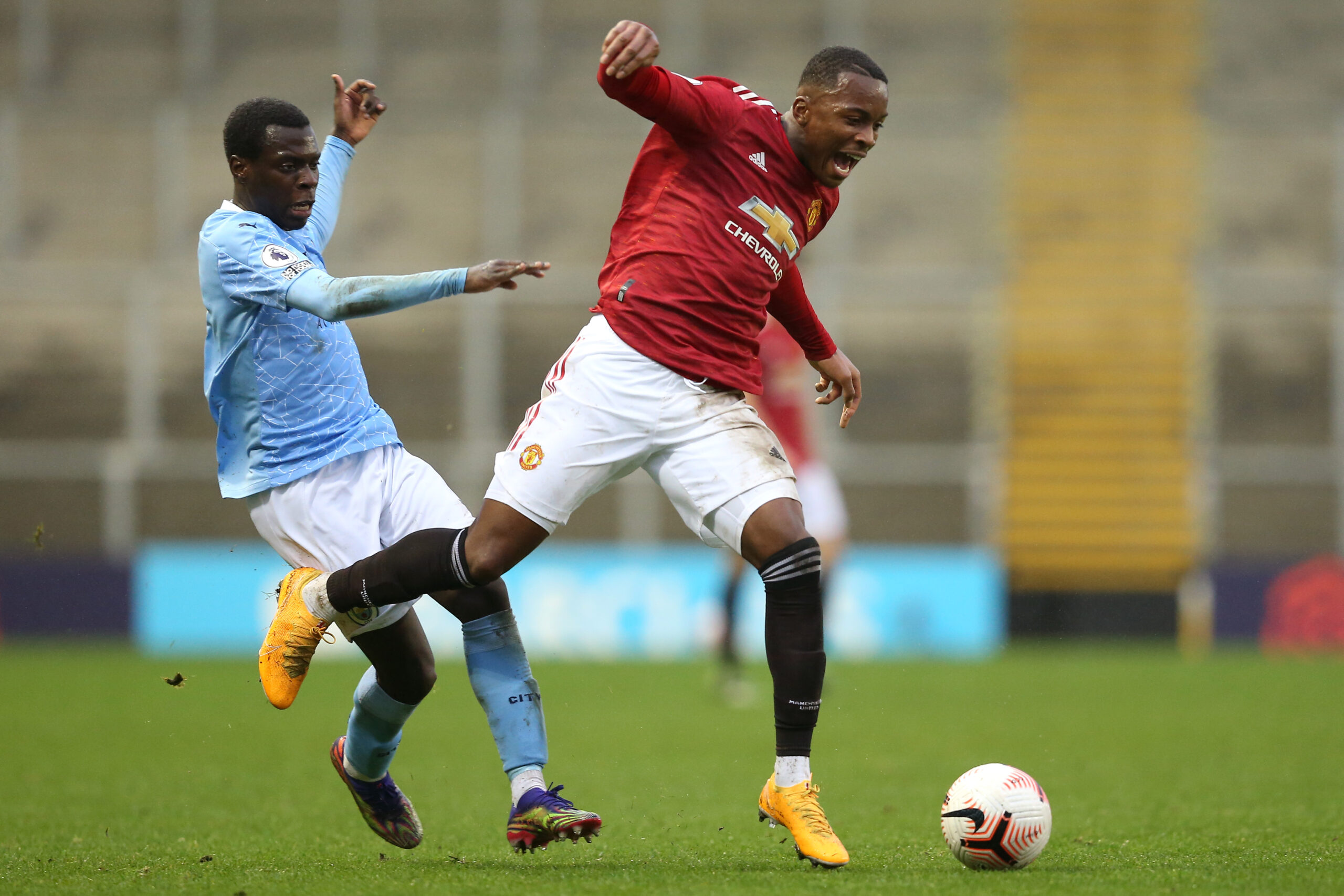 Manchester United fans are probably sick of the word ‘rebuild’, but another one is already well underway at Old Trafford.

Several players have left the club, and more could follow as new manager Erik ten Hag sets about arresting the club’s slide.

A feature of United’s successful teams of yesteryear was the inclusion of young talents who complemented the senior professionals in the squad.

With that in mind, we assess the chances of 13 youngsters who are hoping to establish themselves in the first team next season.

With Aaron Wan-Bissaka and Diogo Dalot failing to convince they are the answer at right-back, a window of opportunity has opened for Laird.

The 20-year-old spent last season on loan in the Championship with Swansea City and Bournemouth and will be keen to impress ten Hag.

The Dutchman has a track record of developing young players, and it would be no surprise to see Laird given a chance during pre-season.

Having been shipped out on loan to Norwich City last season, Williams appeared to be facing a bleak future at Old Trafford.

However, he emerged as one of the Canaries’ better performers during a dismal campaign and will hope to be given a second chance by United next term.

Able to play on either flank, Williams’ versatility could be invaluable as the Red Devils strive to climb back up the standings.

If ten Hag decides he can afford to offload Williams this summer, Alvaro Fernandez could be the main beneficiary.

Named as the club’s Under-23 player of the year last term, Fernandez was on the bench for the last four league matches.

The Spain U19 international is yet to make his senior debut but has the necessary tools to become United’s first-choice left-back.

Hannibal made his United debut in May 2021 but was kept with the U23 squad for most of last season.

A boisterous cameo performance in the defeat against Liverpool in April led to the youngster receiving widespread praise for his no-nonsense approach.

It may be too much to ask to expect Hannibal to become a first-team regular next season, but he should see more game time in the cup competitions.

Nottingham Forest are eager to secure Garner’s services on loan again after the midfielder played a key role in helping them win promotion to the Premier League.

However, with United desperately needing midfield reinforcements this summer, it would be foolish not to give Garner the chance to shine.

His technical ability and range of passing look Premier League quality, and his time in the second tier will have improved his durability.

Shoretire is another youngster who could come into contention for a midfield role after being switched there from a more advanced position with the U23s last term.

He showed plenty of tenacity alongside Zidane Iqbal, controlling the tempo of the game and linking well with the front three.

The 18-year-old may get the chance to impress ten Hag during pre-season, but a loan move to a Championship club will probably follow.

Having been named after one of the greatest players to grace the game, it would have been a travesty if Iqbal had failed to become a professional footballer.

He made his first-team debut in a Champions League match in December 2021, thus becoming the first British-South Asian to play for the club.

The 19-year-old’s box-to-box style could find favour with ten Hag, although a season on loan in the Championship may be his best chance of playing regularly next season.

McNeill has scored goals for fun at youth level and has been widely tipped to continue in the same vein when he steps up.

However, with United linked with a big-money move for Benfica striker Darwin Nunez, the 18-year-old may find it difficult to break into the first team next season.

He is another player who could benefit from a loan spell before linking up with the first team when Cristiano Ronaldo hangs up his boots.

Injuries hampered Mengi while on loan with Derby County and Birmingham City, but he did enough to show that he could be an asset to United in the future.

He impressed at youth level and undoubtedly has the ability to be a valuable squad player if he can keep himself fit.

Mengi has shown his leadership qualities as captain of United’s youth teams and is the type of player who could flourish under ten Hag’s tutelage.

It may be asking too much to expect Garnacho to become a first-team regular just yet, but the teenager could defy expectations.

After starring at U23 level, the promising attacking midfielder was called up to the Argentina senior squad and trained with Lionel Messi.

He is highly rated by United’s coaching staff and could be handed more opportunities by ten Hag next season.

Diallo joined United in a £19 million deal in January 2021 and subsequently made nine first-team appearances.

After an injury scuppered a loan move to Feyenoord last summer, he regained fitness before joining Rangers in January.

He produced some impressive cameo performances for the Scottish giants and will be eager to make his mark with United next term.

Pellistri may not be around next season, with several clubs in Serie A and La Liga in talks with his agents about a potential move.

The Uruguay international spent last season on loan with Alaves but struggled to nail down a regular place in the starting XI.

While Pellistri is a talented player, it is difficult to see him regularly featuring for United under ten Hag.

The announcement came on the back of an excellent performance for Wales in their Nations League defeat against Poland.

Levitt has impressed the coaching staff with his willingness to work but probably lacks the quality needed to break into United’s first-team plans.