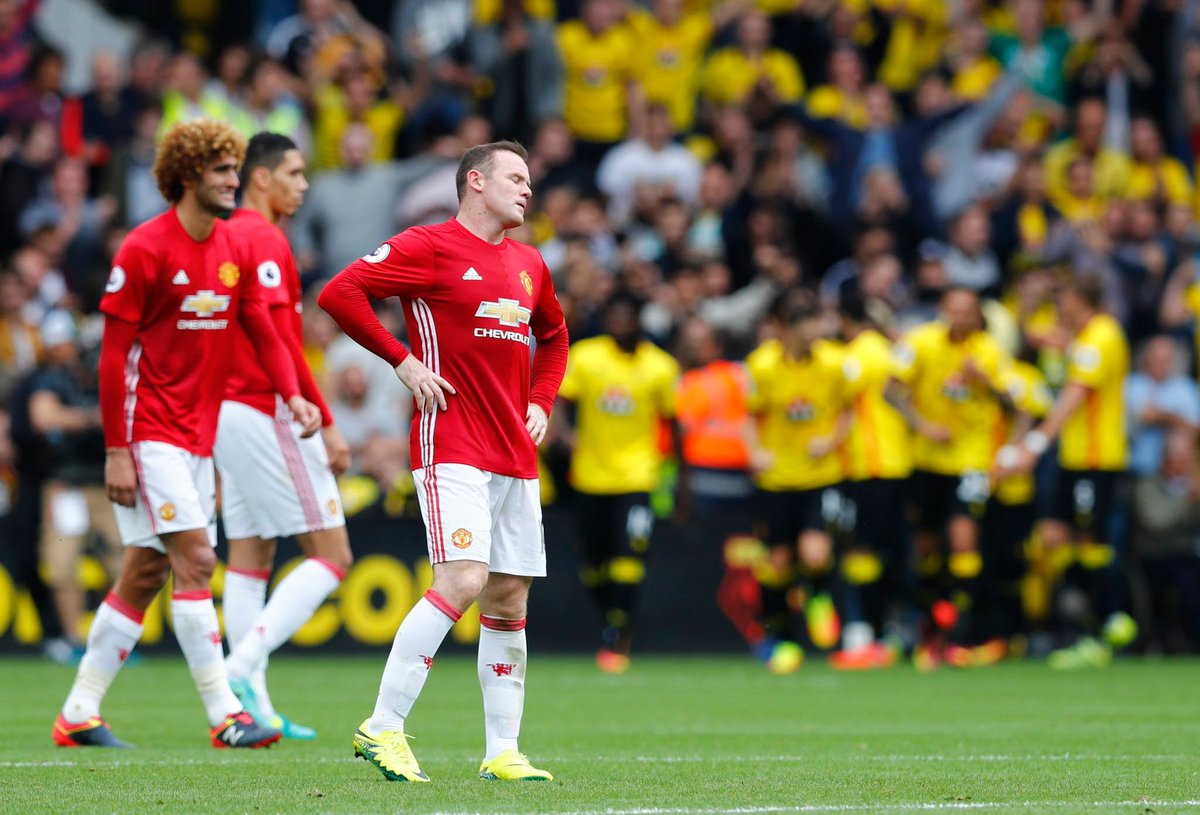 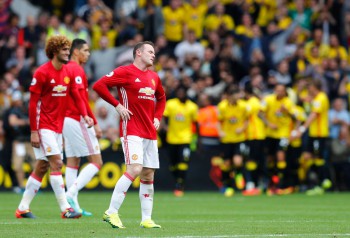 Nirvana churned out ‘Smells like Teen Spirit’, but the influx of world class superstars like Zlatan Ibrahimovic, Paul Pogba, Henrikh Mkhitaryan along with manager Jose Mourinho, which was supposed to give Manchester United ‘Nirvana’, has furnished something excruciatingly different over the course of last week.

Three defeats in a row in all competitions, a jeremiad Wayne Rooney with Capoue emitting the French perfume instead of Pogba and Anthony Martial becoming a silhouette of wannabe Angel Di Maria with personal life turmoil and faking confidence in United, capped with Watford’s win over the Red Devils after 30 years, was embarrassing.

Mourinho’s stars over system policy, non-existent United midfield, sloppiness, lack of intent, lack of pace, tendency to lose possession easily- were the harbingers of United’s downfall. Mourinho needs to sort his midfield to feed the ball to the likes of Ibrahimovic. After the first half strike of Capoue gave the yellow Hornets lead at the south of Vicarage road, United’s Marcus Rshford equalized at the 62nd, but the 83rd minute strike from Zuniga and 95th minute penalty from Deeney sealed the match in the home side’s favour.

Take a look at how each players fared

De Gea 6– Made a great save in the first half, followed by another regulation save. Conceded at both near and far posts. Almost morphed into his 2011 self as balls rifled past him.

Valencia 5– Average. Was subbed off. Took way too long to put a cross in. Atleast should beat the first man with his crosses.

Smalling 5– In his first league start, was all over the place. Had a terrible mix-up with De Gea in the first half to allow Ighalo to score a sitter, which the Watford striker inexplicably missed.

Bailly 4-Mess at the back. A culprit in conceding the penalty that Watford scored from. Not a Baresi or Nesta, which some touted the defender to be. Tried to volley from 40 yards.

Shaw 6– Only shining light of United defence. Drove the ball well and operated okay down the flank.

Pogba 5– Can you blame United if they take Juventus to court for allegedly selling a Chinese personation of Pogba? On a serious note, amidst all the hyped four hairstyle changes and dab dances, the man is not delivering. £89million doesn’t get you the insane pass Pogba delivered to the referee. Hit the bar from 40 yards and attempted another long-ranger from 35 yards which missed the net by 35 yards ironically. ‘Goals & Assists of Pogba for Manchester United’ Youtube compilation video is still at least how many years old? Tetralogy. Trying to emulate Henderson or Xhaka pile-drivers maybe. Made a good tackle though. Just a stat- Watford Squad & Stadium = £63million and  Paul Pogba = £89 million.

Fellaini 5.5– Excellent in the first half as won balls, made tackles,but was  poor in the second. First touch and composure were pathetic, conceded the penalty. Gave a decent cross to Ibrahimovic. The defensive holding midfielder was woefully out of position in Watford’s goal as he was nowhere to be seen near Capoue and Zuniga.

Rashford 7– Sensational awareness and ability to score United’s equalizer. With the goal, became United’s highest scorer in 2016 with ten goals. Rashford has now been involved in nine goals in 14 Premier League games for Man United.

Rooney 3- Had a stinker. Rooney ruined United’s play and  Continuously broke up United game  and fed Watford players the ball all game, as he lost possession easily. Was booked, argued with the referee.

Martial 4– Lost the ball in the build up of Capoue’s goal but was foul. Was pathetic. Head injury cut short his game time.

Ibrahimovic 6.5 – Wasted chances. Not too many movements. At 41st, 43 rd minute and later in the second half, forced Watford keeper and defender on toes. But his run and assist for Rashford goal was top-notch. Cherry picker.