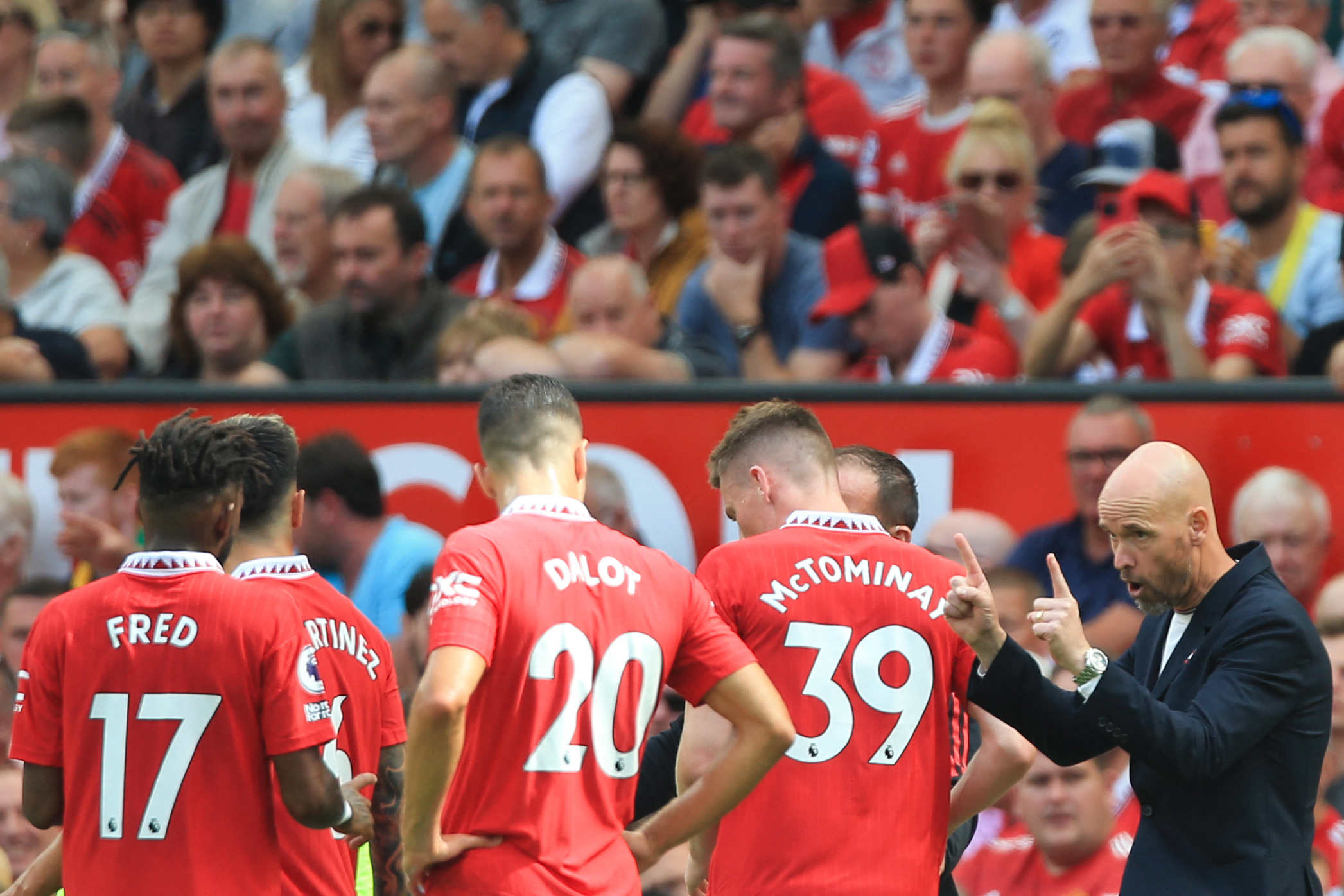 Brighton kicked off and sent a long ball forward which Diogo Dalot failed to deal with, showing signs of things to come in the following 45 minutes.

The Red Devils showed initial glimpses of quality but fizzled out and soon found themselves all over the place as their opponents grew into the game.

Brighton did most of the probing with their quick passing and interchange play and were rewarded for their efforts at the half-hour mark as Pascal Groß rifled home from close range.

The German then doubled the advantage for the visitors less than 10 minutes later, reacting quickest to a loose ball in the box to heap more pressure on Erik ten Hag’s men.

The second half began with Ten Hag sticking to the same XI that performed abysmally in the opening 45 minutes.

United were lucky not to have conceded a third as VAR overturned a penalty shout after debutant Lisandro Martínez bundled over Danny Welbeck in the box minutes after the restart.

With time winding down, Ten Hag sent Cristiano Ronaldo into the fray in search of a goal. A subsequent collision between Robert Sánchez and Alexis Mac Allister saw the latter score an own goal to bring United back into the game.

Multiple substitutions from both sides followed soon after with the United piling the pressure but no further goals came as Brighton went on to secure their first-ever Premier League win at Old Trafford.

The new boss will undoubtedly be gutted to have lost his first game in charge, particularly in front of the home fans.

The Dutchman wore a scowl for much of the game and was seen writing things down. Here are three points he would have noted.

The Red Devils have received a lot of flack over the past year for their atrociously leaky backline.

In their six pre-season outings, United kept a clean sheet in their first game before going on to concede in each of their subsequent five.

They have begun the new campaign in the same fashion, falling two goals behind before the half-time whistle.

Plenty of factors contributed to the goal concessions and Ten Hag now has a huge task on his hand to sort out them out as the campaign heats up.

The duo of Fred and Scott McTominay have been the source of many of United’s poor performances in recent times, with their inability to control the midfield highly evident.

McTominay is technically deficient and can be quite rash, while Fred has often been criticised for his inability to progress with the ball and his sub-par decision-making.

Ten Hag has made Barcelona’s Frenkie de Jong his number one target this summer as he looks to strengthen the middle of the park but is yet to get his man and may never do.

Fred and McTominay squandered the chance to prove to the new manager that they are up to the task in midfield, further highlighting Ten Hag’s desperation for a new midfielder.

United have seen nine first-team players exit the club this summer and have brought in just three to date.

The base of the midfield, which has been a major source of concern in recent years, is yet to be improved with less than a month left in the transfer window.

With Ronaldo still set on leaving the club, United are threadbare in attack and have been linked with multiple players for that position, none of which have materialised into anything meaningful.

A reactive club by nature, the opening day defeat should spur the Manchester outfit into action with weeks to spare in the transfer window.