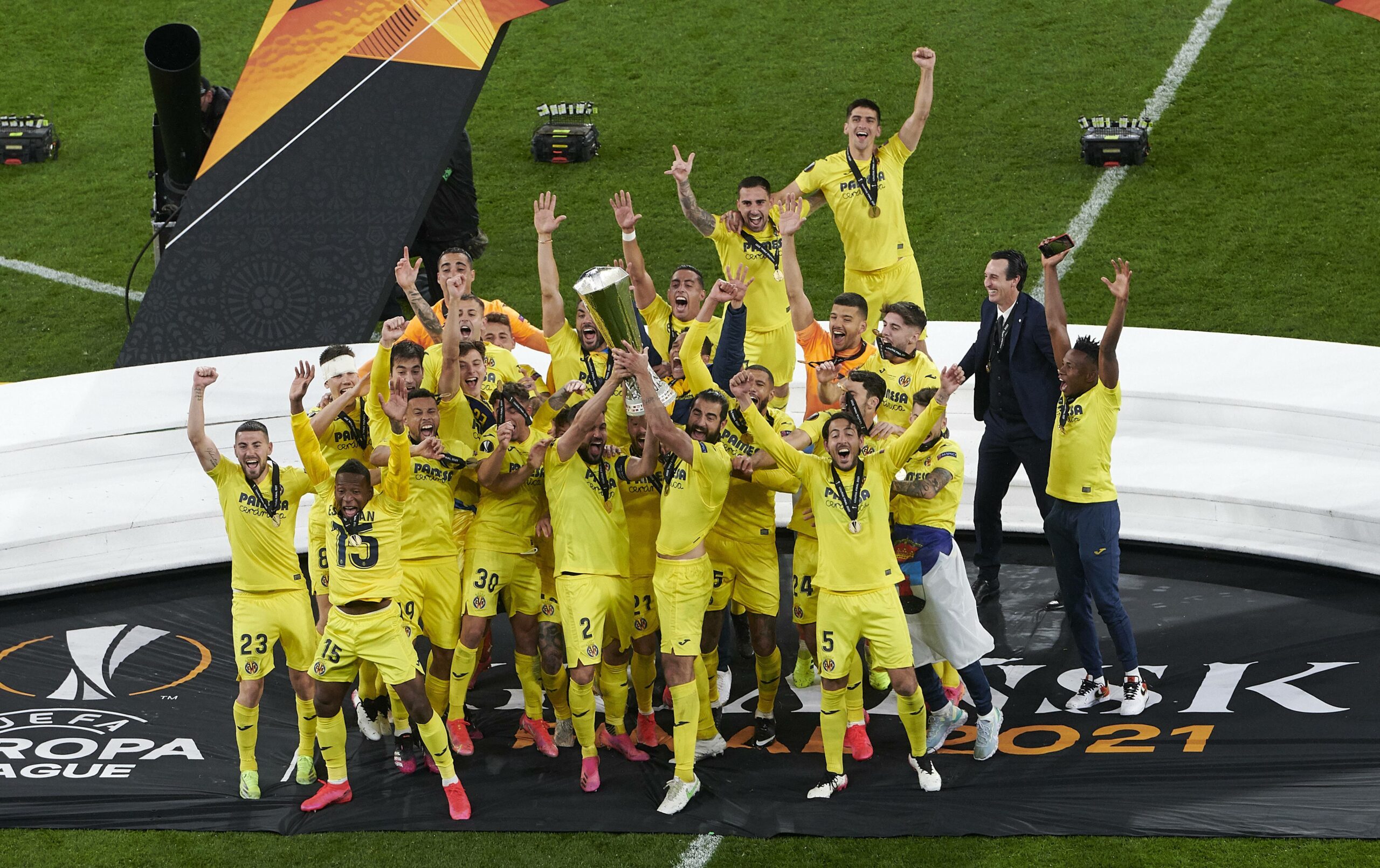 Villarreal rose to prominence in the Europa League final on Wednesday, defeating Manchester United 11-10 on penalties.

The Spanish side were claiming the first European trophy in the club’s history, while United were left to rue what might have been.

With Harry Maguire ruled out, Eric Bailly and Victor Lindelof started in the heart of the defence.

Fred was dropped from the XI to accommodate Mason Greenwood on the right flank.

Paul Pogba who was deployed in a two-man midfield with Scott McTominay.

For Villarreal, Geronimo Rulli got the nod to start between the sticks ahead of Sergio Asenjo.

Etienne Capoue was stationed in midfield after missing out on the semi-final second leg against Arsenal due to suspension.

Defending set-pieces have been the weakness for United this season and this was exploited by the Yellow Submarines tonight.

Gerard Moreno outmuscled Lindelof to meet an excellent free-kick and slide the ball into the net.

The Red Devils continued to dominate the ball but failed to create clear chances before half-time.

They came out much stronger after the break and restored parity within 10 minutes through Edinson Cavani.

The veteran striker was the first to react to Marcus Rashford’s strike which fell into his path after being deflected off Scott McTominay.

Soon after the equaliser, Rashford had a fantastic opportunity to give his team the lead, but he fluffed his lines.

Fortunately for him, the linesman had already raised the flag for offside.

It took until the 100th minute for Ole Gunnar Solskjaer to make his first change off the bench.

His players looked exhausted yet he chose to stick with his starting XI for the major part of the game.

By contrast, Unai Emery was much smarter with his substitutions.

He made changes at regular intervals to ensure that his side stayed fresh.

Both teams looked happy to go to penalties as none of the players showed the desire to attack during extra time.

All 20 outfield players scored from the spot as both the shot-stoppers failed to make a single save.

Tension mounted as the sudden death came down to the two goalkeepers.

Geronimo Rulli thumped the ball into the net to put the onus on David De Gea.

De Gea fired a tame effort that was easily saved by the Argentine shot-stopper to send Villarreal supporters into raptures.