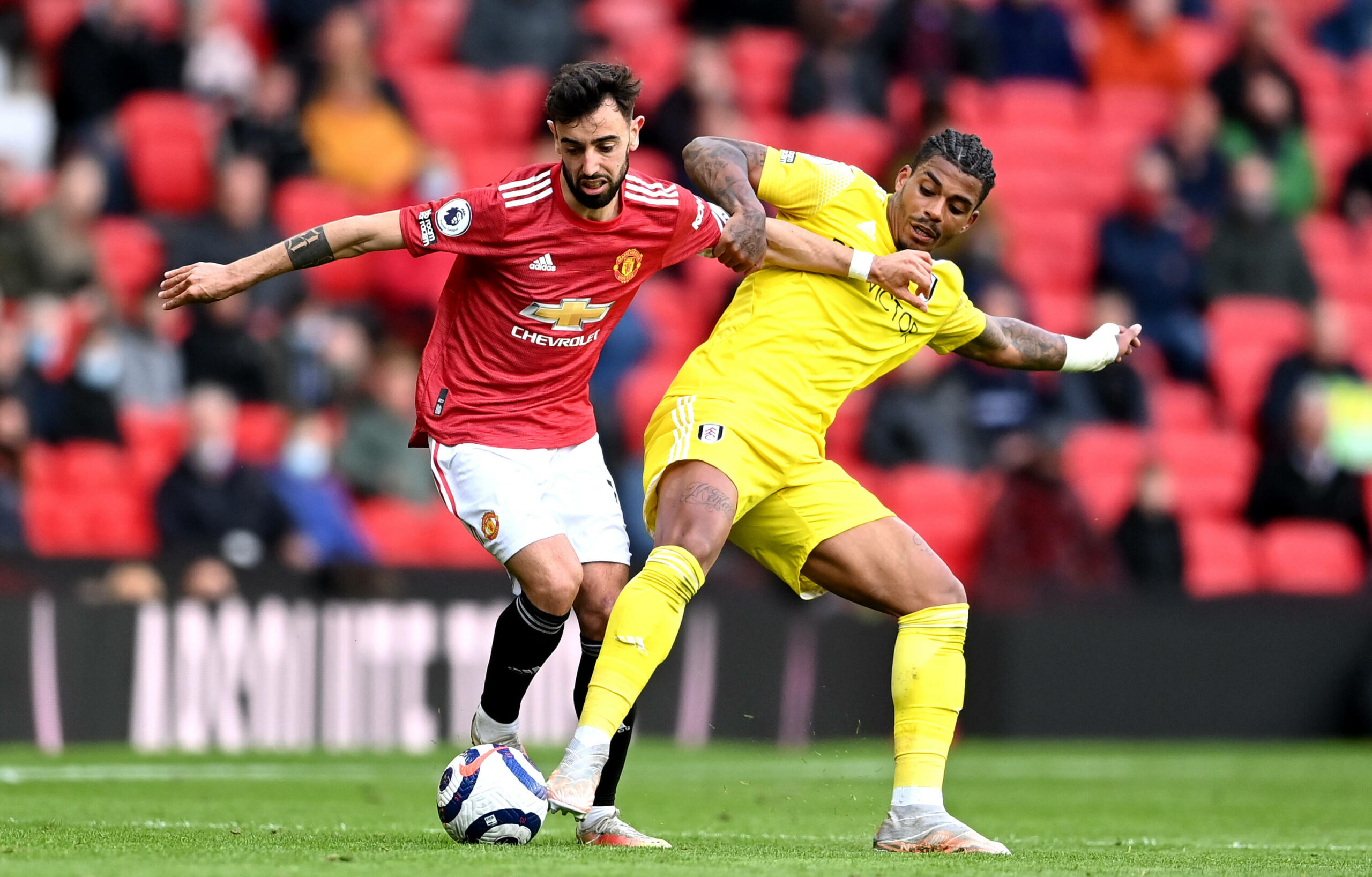 Manchester United were left frustrated in their final home game of the season as already-relegated Fulham came back late to salvage a point.

It was for the first time in 14 months that Red Devils’ supporters were allowed to grace the Theatre of Dreams.

The cheers, boos and applause is something without which this beautiful game is certainly incomplete.

A point for Ole Gunnar Solskjaer’s team means that they are still not guaranteed a second-place finish.

The Cottagers had nothing to play for but pride but showed that they deserve to be a part of the Premier League.

Edinson Cavani welcomed the fans back with a stunning goal in the first half.

The veteran striker spotted Alphonse Areola off his line and decided to chip the ball into the net from 40 yards out.

It was a finish of the highest quality from the 34-year old.

However, his wonder goal wasn’t enough to guarantee a home win as the visitors grabbed a well-deserved point in the end.

The Red Devils created several chances but were wasteful in front of goal.

The Cottagers stayed in the game and were rewarded with 14 minutes to play when Joe Bryan headed home Bobby Reid’s cross.