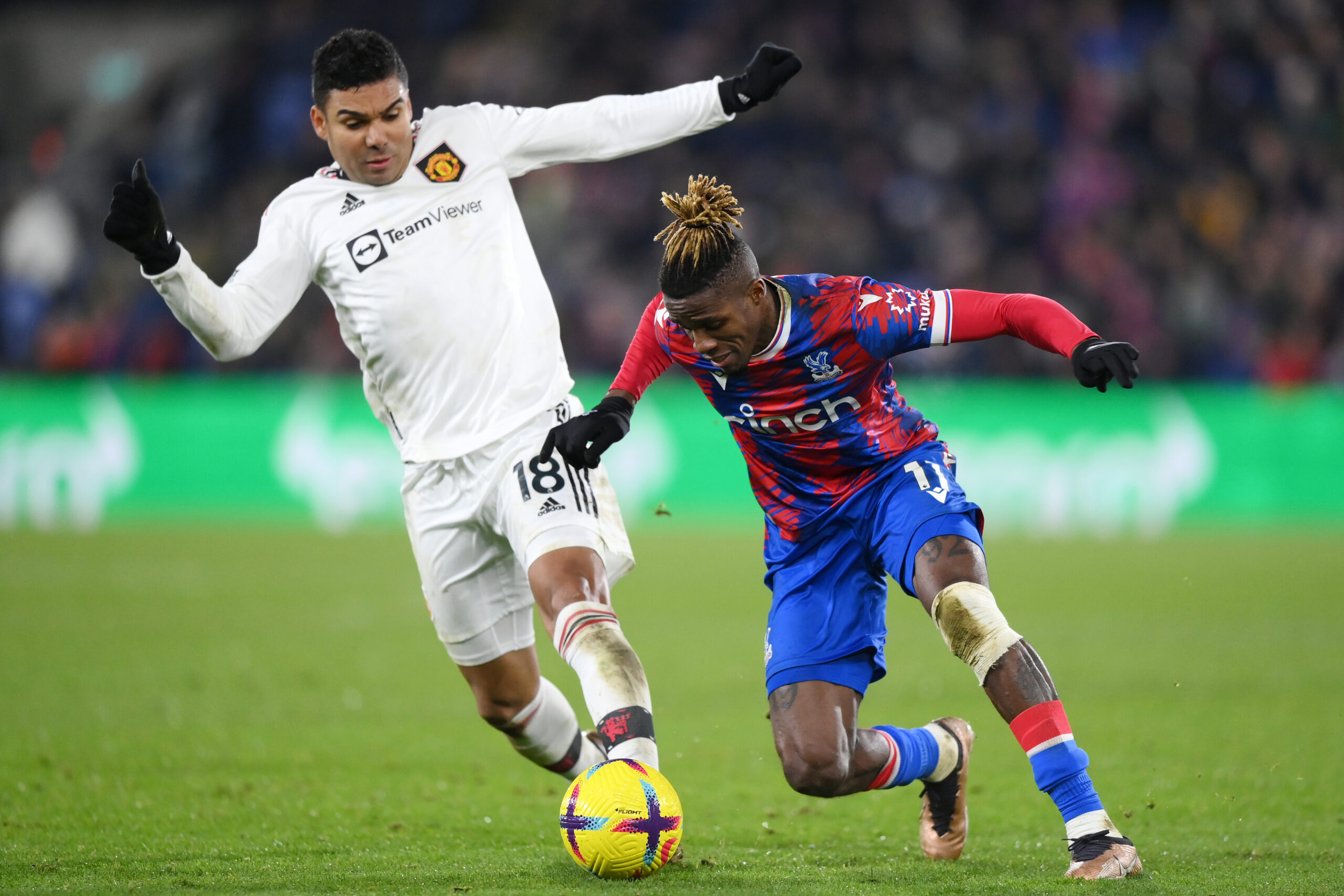 Manchester United were held to a 1-1 draw by Crystal Palace last night, courtesy of a sensational 25-yard free-kick from Michael Olise in injury time.

David de Gea made an outstanding save in the first half to deny the Eagles the opening goal. Bruno Fernandes then gave United the lead when Christian Eriksen found him in acres of space inside the box.

The hosts came out after the break with attacking intent which had been missing in the first 45 minutes. They continuously tested United’s defence which managed to hold on to their slender lead.

It took a world-class free-kick from Olise to beat De Gea in injury time to spoil United’s hopes of moving second in the Premier League table.

Here is what we made of tonight’s dramatic draw.

The Brazil international has been immaculate since he arrived from Real Madrid in the summer.

‘The cement between stones’, as described by Erik ten Hag, picked up his fifth yellow card of the season which rules him out of the all-important clash with Arsenal this weekend.

The midfielder played with composure, knowing that a yellow card would force him to sit out against the Gunners.

However, with Palace dominating the ball in the second half, Casemiro had to make a tactical foul for the team to stop Wilfried Zaha.

Ten Hag now has a big dilemma to think about Casemiro’s replacement as United make their trip to the Emirates Stadium.

A draw but feels like a loss for Manchester United

Losing two crucial points late in the game due to a stunning free-kick will leave the Red Devils dejected.

They worked hard to secure their tenth straight win but had to settle for a draw. Marcus Rashford had a couple of half chances but he made poor decisions in front of goal.

Casemiro had a golden opportunity to hand United a late winner but he failed to tap in Fernandes’ corner.

A victory could have pushed United up to second but they might find themselves in the fourth position if they drop points against Arsenal and Newcastle United win this weekend.

That’s how quickly fortunes can change in the Premier League!

United were not at their best but one player who stood out was Aaron Wan-Bissaka.

The right-back, who was out-of-favour under the new manager, has changed the outlook towards him in the past few weeks.

If anyone is still having doubts about his United career, they can watch his late sliding tackle to deny Zaha from scoring the winner with just 20 seconds remaining in injury time.

The 25-year-old has also improved his attacking output, showing that he is capable of fighting with Diogo Dalot for the starting spot.