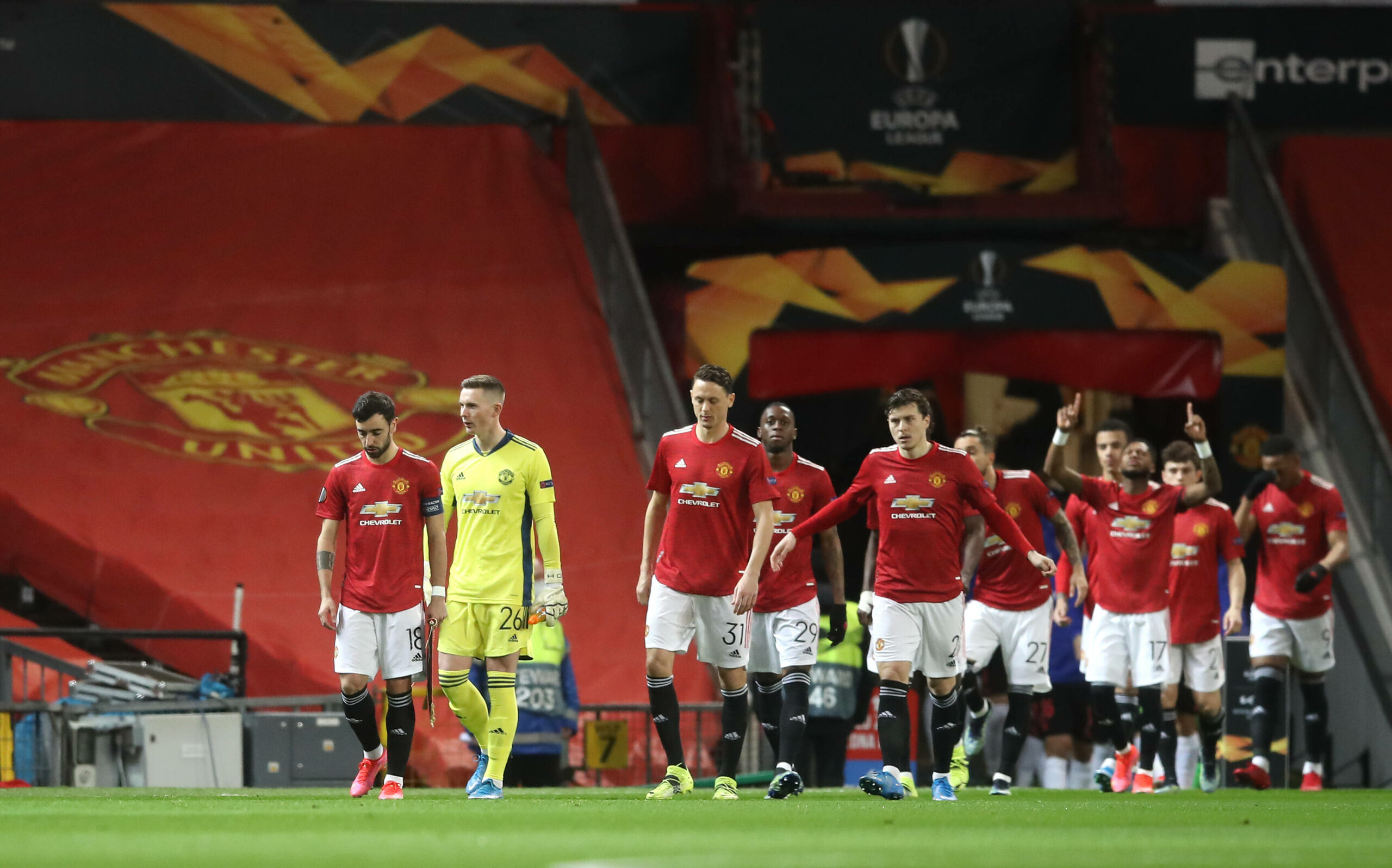 Manchester City and Manchester United will square off at the Etihad Stadium in a top-of-the-table Premier League showdown on Sunday.

With the title race pretty much over, United can only hope to extend their unbeaten league run against City to four matches (W2, D1).

A victory would seal the deal for the home side, as they harbour a substantial 14-point lead over United coming into this matchday.

However, if City do fail to score here, it will be the first time in the 21st century that one side drew a blank in three top-flight Manchester derbies on the bounce.

The runaway Premier League leaders are enjoying the third longest-ever winning streak among the sides competing in Europe’s top-five divisions, having won their last 21 matches in all competitions.

Overall, Pep Guardiola’s men are undefeated in 28 competitive games in a row (W25, D3) and will be looking to set a new club record by avoiding defeat against their cross-town rivals.

Remarkably, the Citizens last fell behind in a Premier League fixture in a 2-0 away loss at Tottenham Hotspur in November 2020.

If they can prevent United from breaking the deadlock, City will beat Arsenal’s record in the competition, having not conceded the opener in any of their last 19 top-flight outings.

The hosts head into this clash as the only side yet to let in 10+ goals at home this Premier League campaign.

United have racked up a seven-match unbeaten streak in the Premier League (W2, D5) since succumbing to a 2-1 home defeat to Sheffield United on Matchday 20.

Each of the Red Devils’ last three games in all competitions has produced a goalless draw. The Old Trafford giants have never put together four dry stalemates.

Away from home, the visitors have not lost any of their last 21 Premier League matches (W13, D8) and are only two games short of equalling the top-flight record set by Arsenal’s ‘Invincibles’ in 2003.

Having outscored City in both of their previous competitive meetings at the Etihad Stadium, United will be looking to grab a third consecutive away win over fierce rivals for the first time in 20 years.

However, Ole Gunnar Solskjaer’s men have failed to score in both of their competitive clashes against the Citizens this season, producing a combined four attempts on target in those encounters.