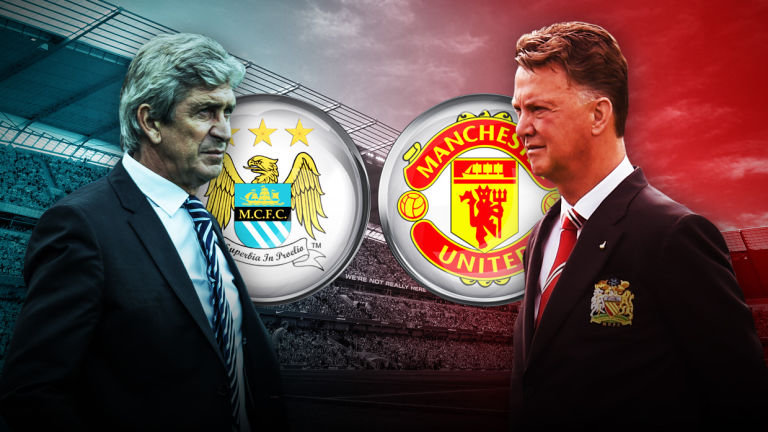 Manchester United travel to Etihad for a vital derby against Manchester City this Sunday.

The last time these two sides met this season, both teams shared the spoils. This time, both of them will be reluctant to drop points at this delicate stage of the season.

The home side are still in the title race and will want to close the gap with Leicester City whereas Manchester United will want to give it their best for a chance of Champions League qualification.

Both teams will have a few of their players out with injuries for the second edition of the Manchester derby this season, but it is the home side who have been dealt a hammering blow in terms of absentees.

Pellegrini’s side will be without three of his best players in Kevin De Bruyne, Vincent Kompany and Yaya Toure. All three players are sidelined for Manchester United’s visit on Sunday and it will be a major boost for Louis Van Gaal and his players.

Although Manchester United themselves are without a few of their players, Van Gaal will be delighted to have almost all of his key players back for this with the exception of Wayne Rooney.

Bet on the Manchester derby this weekend with 888sport, and you will get TREBLE winnings on your first bet! Get in on this fantastic offer here.

Vincent Kompany’s absence will be a major blow for Manchester City. The Etihad outfit have struggled badly at the back without him and both teams to score at 43/50 looks a great value for money.

Fernando Reges has had his fair share of rash tackles this season and him picking up a booking anytime is 8/5.

Anthony Martial has scored in his last two outings for Manchester United and is 3/1 to score anytime.

888sport are offering to triple your winnings on the first bet for all new customers – a $10 bet could return you in excess of $300 if you make the right choice! Get started by betting on Manchester City v Manchester United or any other weekend game here.