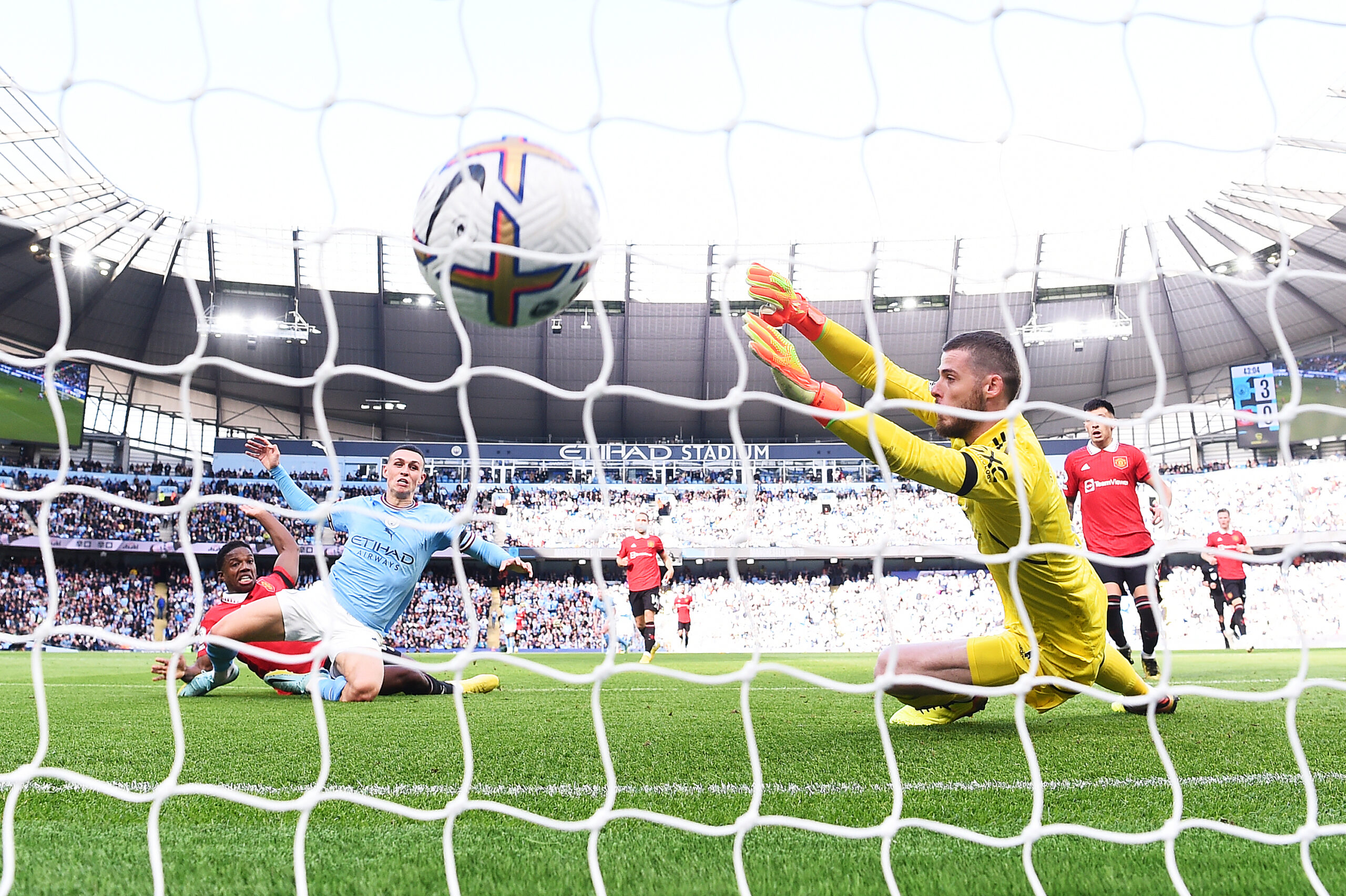 Manchester United were blown away by their local rivals Manchester City to a humiliating 6-3 loss at Etihad Stadium on Sunday.

Erling Braut Haaland and Phil Foden both scored hat-tricks to seal an emphatic victory for the home side.

It was torrid first 45 minutes for the Red Devils as they conceded four goals, and several United fans even opted to leave the stadium at the break.

Anthony Martial came off the bench to score two consolation goals for United after Antony pulled one back through a stunning strike.

Here are our three observations from this enthralling Manchester derby.

The Red Devils are loving first-half collapses at the moment! They conceded four goals against Brentford in the second Premier League game of this campaign.

This forced them to venture into the transfer market and break the bank for Casemiro and Antony. However, the club cannot hide behind big-money signings now.

They started the game slugglishly. They were indecisive and wasteful whenever in possession.

The scoreline could have been even worse with City hitting the woodwork once and forcing David de Gea to make two fine saves.

Cheat code – it just takes 45 minutes to humble this Man United side.

We have just stepped into October and Haaland has already bagged three hat-tricks. In eight Premier League games he has 14 goals to his name.

Next to him is Harry Kane with just seven goals.

It’s a no-brainer that the Norwegian will end up with the Golden Boot. He is tall, strong, fast, athletic, intelligent and clinical! Pep Guardiola has got a goal machine.

If he stays fit, he can help Man City win every tournament they compete in.

Erik ten Hag to head back to the drawing board

Familiar failings are costing Erik ten Hag dearly. When things start to go bad, none of the players steps up.

The three goals United scored could evaporate some humiliation but the reality is that they got schooled by their local rivals.

Four consecutive wins on a spin signalled that Ten Hag was implementing his methods on the team. But this was a huge step back for the Red Devils.

The manager needs to reassess his thoughts on team selection and substitutions. Casemiro still looks rusty but he is one of the best in his role.

The Dutchman needs to trust the ace midfielder more as United are missing someone who can command that central area.

In big games like this, they need a player who can make tactical fouls and read the attacking runs of the opposition.

The next few weeks are packed with fixtures. United need to pull up their socks and start to dominate proceedings. If they continue to falter, the season will run away from them.