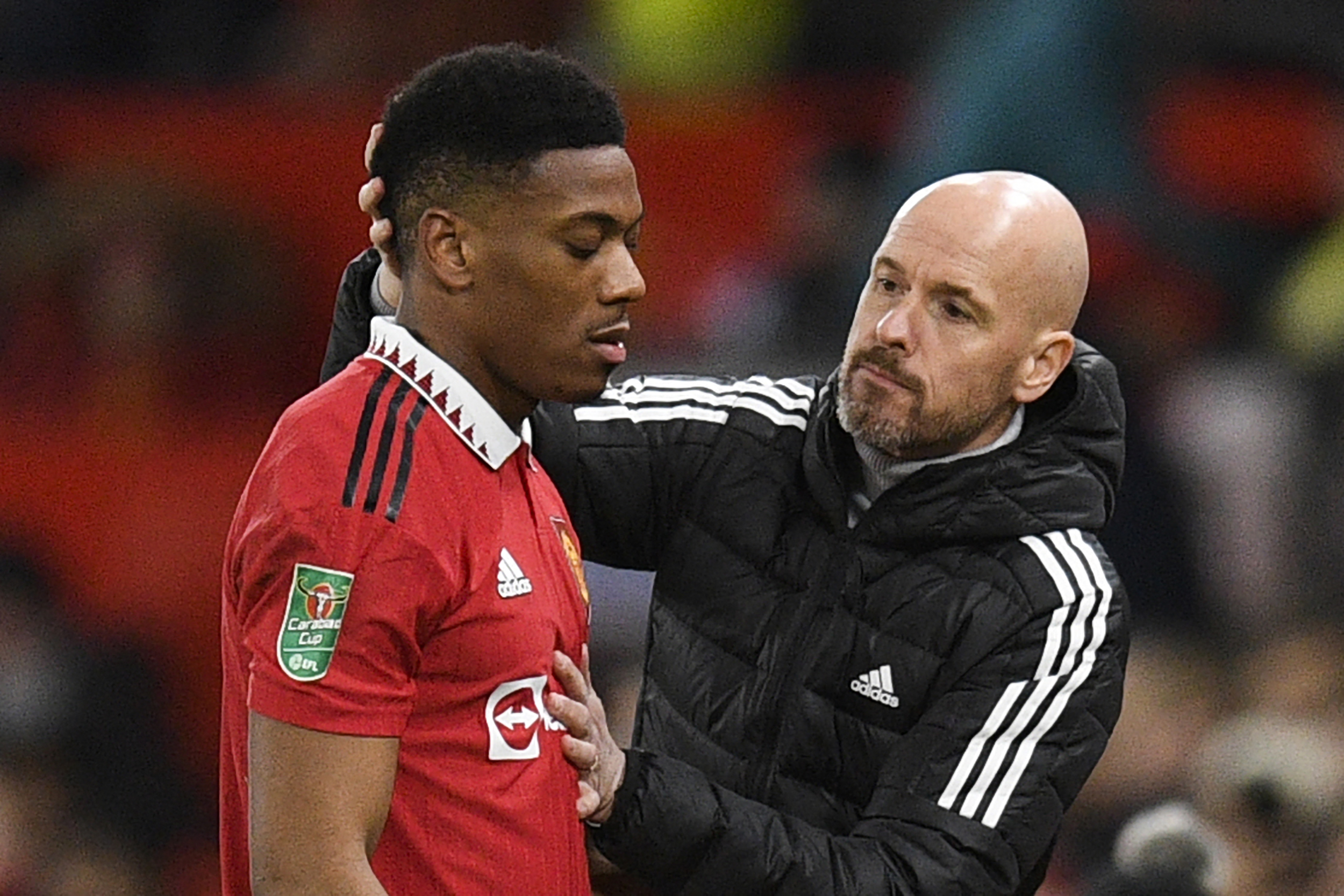 Manchester United are set to be without three key players when they entertain Manchester City in Saturday’s early Premier League kick-off at Old Trafford.

The Red Devils have been in a tremendous run of form on either side of the World Cup. They are currently on an eight-match winning streak which includes four league victories.

The club should go into the Manchester derby with confidence, but manager Erik ten Hag will be without three key players including right-back Diogo Dalot.

Dalot sustained a thigh injury in the recent Carabao Cup quarter-final win over Charlton Athletic. The Portuguese was substituted before the half-time interval.

Ten Hag has now revealed that he won’t be available to face the Cityzens tomorrow while Anthony Martial is also doubtful as he is nursing a minor leg problem.

He told Manutd.com: “I think Diogo Dalot is not available and Anthony Martial he trained this morning, so we have to wait to see how he trains. It will be decided tomorrow morning.”

“It is a small thing in his leg [with Martial] and, if he is not available for tomorrow, it will be Wednesday [at Crystal Palace].”

The Dutch tactician also clarified that Wout Weghorst won’t be in contention for the derby as the club are still sorting out formalities for his loan deal from Burnley.

He added: “We are close. He will not be available for tomorrow.”

Elsewhere, Donny van de Beek and Jadon Sancho are definitely ruled out of the derby. The former has been sidelined for the rest of the season with a knee injury.

Sancho is presently training away from the first-team group. Ten Hag does not plan to bring him back to action until he is fully prepared mentally and physically.

Looking at the form guide, United would fancy their chances of beating their arch-rivals, but they can’t be complacent heading into the Manchester derby.

Pep Guardiola’s side should provide a tough challenge despite their lean patch and Ten Hag will be aware that United need to be at their best to beat them.

If Martial is absent alongside Dalot, we could see a tactical tweak with Marcus Rashford leading the line. Alejandro Garnacho could get the nod on the left wing.

The Argentine has shown plenty of promise and now has the opportunity to impress on the grandest of stages and enhance his glowing reputation further.

It would have been wonderful to have the physical presence of Weghorst to call upon from the bench but he has not been registered in time.