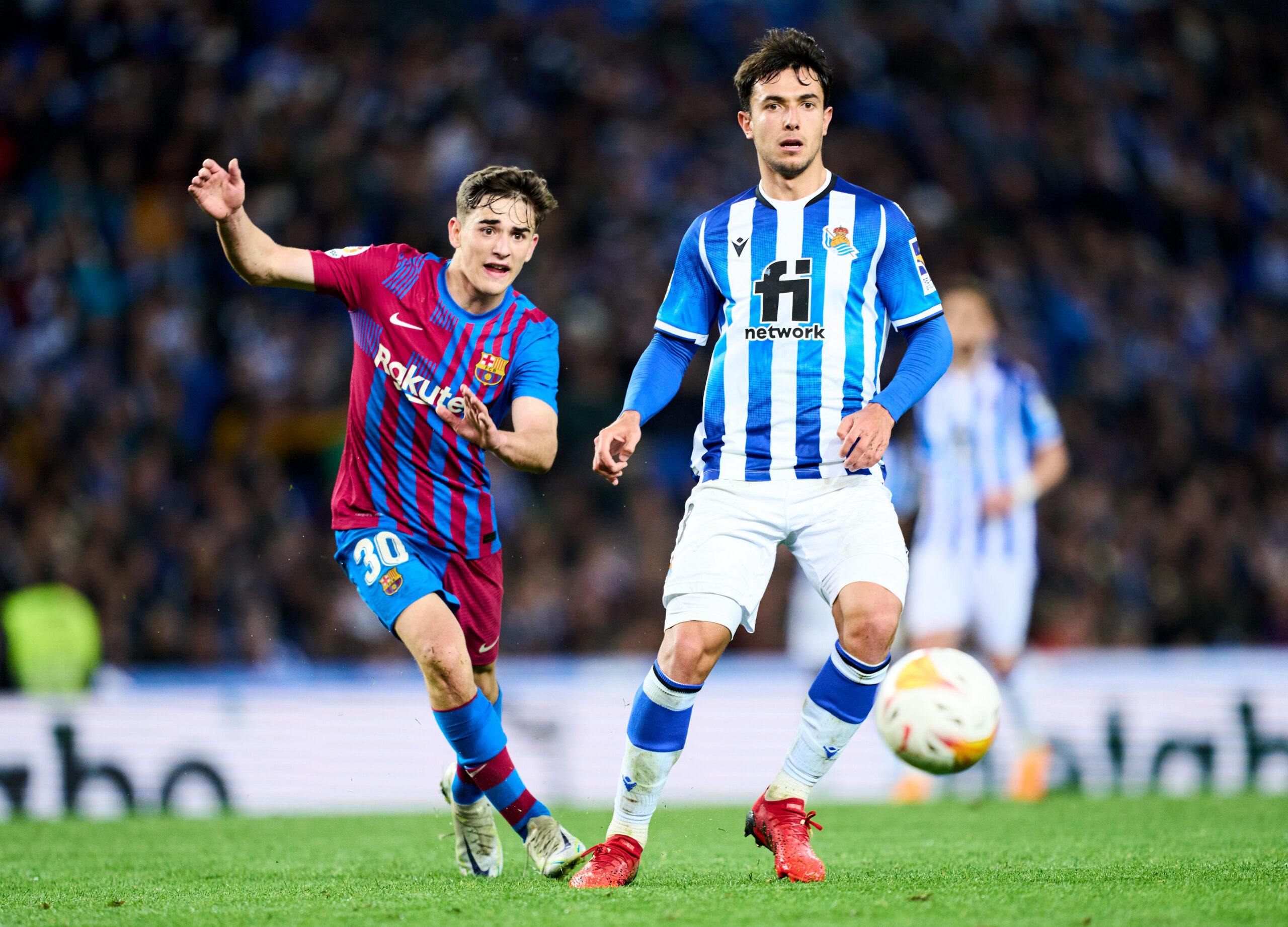 Manchester United are ‘willing to pay’ the release clause of Real Sociedad star Martin Zubimendi, according to Spanish outlet AS (today’s edition, page 34).

The Red Devils upgraded their midfield options in the last transfer window with the signings of Casemiro and Christian Eriksen. The experienced duo are now regular starters under manager Erik ten Hag.

This has not stopped speculation linking midfielders with the club. AS report that United have joined Barcelona in the race to sign Zubimendi, who has a €60 million release clause on his contract.

It is added that the club are studying the termination clause ahead of a possible approach. United are said to have watched the 23-year-old closely during their recent European outings against Sociedad.

Man Utd could move for Zubimendi next summer

Zubimendi has made a big impression with Sociedad. The 23-year-old can play in the defensive and central midfield roles, but has excelled from the former of those positions.

This campaign, he has averaged nearly two tackles and one interception per game. He has also caught the eye with his ability to win regular aerial duels. He has a success rate of 75 per cent.

Hence, it is unsurprising that United and Barcelona are hot on his trail. The latter are considering him as a replacement for veteran star Sergio Busquets at the end of the campaign.

It is clear that the Catalan giants can’t buy Zubimendi in January due to La Liga’s spending restrictions, but we still don’t see United attempting to sign him in the next transfer window.

Sociedad are unlikely to sell the Spaniard for less than his release clause. Meanwhile, United seem well covered in midfield at least until the summer where they could decide to release Fred.

In our view, the club are unlikely to spend big on a holding midfielder in January. The focus could be on landing a versatile forward. Cody Gakpo and Joao Felix have been linked.