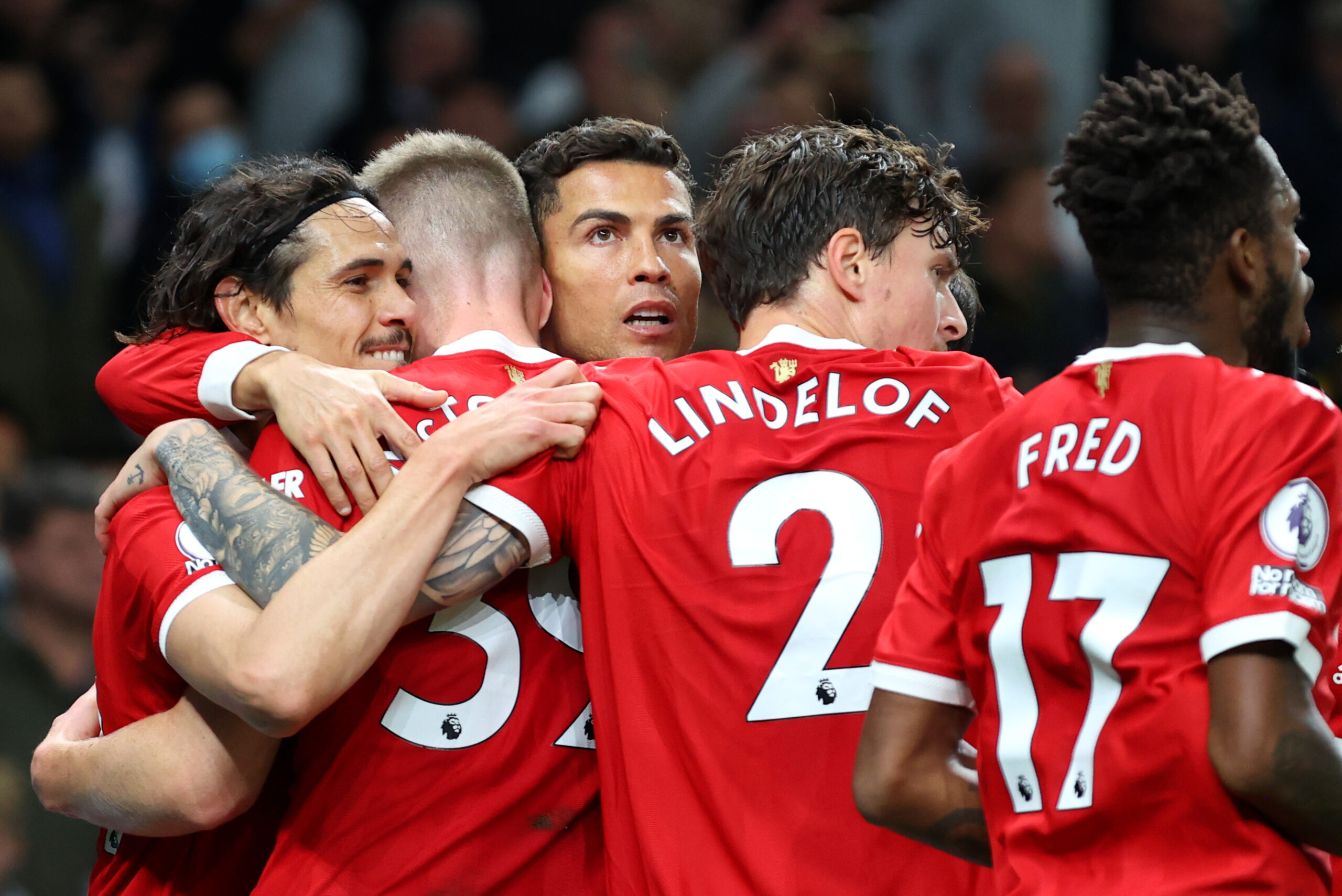 The Red Devils have been hugely disappointing since the winter break, picking up just nine points from a possible 18.

This has seen them lose ground in the Champions League pursuit.

While they are just one point behind fourth-placed Arsenal, the north London club have three games in hand.

United’s Champions League prospects are already fading, and they face a must-win game against Spurs at Old Trafford.

Antonio Conte’s side are currently two points behind the Red Devils in seventh place, but have two games in hand.

There have been 196 previous meetings between the clubs. United have had the clear edge with 94 victories. Spurs have won on 53 occasions, while 49 games have been drawn.

The trend has been quite similar over the past six meetings with United coming out on top in four of those. This includes the 3-0 triumph in north London earlier this season.

Spurs’ only victory in this period was the 6-1 rout in October 2020. The Red Devils were down to 10 men in just the 28th minute following Anthony Martial’s straight red card.

United will be without Luke Shaw (Covid) and Scott McTominay (calf) for the fixture, but have been handed a triple injury boost with Raphael Varane, Cristiano Ronaldo and Edinson Cavani available for selection.

Spurs are unlikely to make any changes from their thumping 5-0 league win over Everton on Monday night. Ryan Sessegnon, Oliver Skipp and Japhet Tanganga are sidelined with injuries.

Players to watch out for

The Portuguese star has fluffed his lines since the turn of the year. He had a superb first half of the campaign with 14 goals and has netted just once in 2022.

He will be keen to redeem himself, particularly after missing the Manchester derby with a hip flexor issue.

The 37-year-old bagged a goal and an assist in the reverse fixture against Spurs. His overall record against the north London club is excellent, with 11 goals and six assists from just 19 meetings.

Kane’s league form was pretty poor during the first half of the campaign, but he has come into his own lately.

The England captain has amassed five goals and one assist in his last four league appearances. That includes a brace in the 3-2 win at Manchester City.

United will need to keep him quiet to get something out of tomorrow’s fixture.

He has not produced his best against them with just four goals and two assists from 16 meetings, but this may not necessarily be a good thing. He will be determined to impress.

Spurs currently have momentum with two straight league wins where they have scored nine and conceded none. However, they were up against teams struggling at the bottom of the table.

It should be a completely different contest tomorrow. United have been frustrating to watch in front of goal, but there is bound to be a strong response on the back of the dismal derby defeat.

In October 2021, they suffered a heavy 5-0 loss to Liverpool only to respond with a 3-0 triumph at Spurs. We fancy United to come on top once more, but the margin of victory could be much closer.