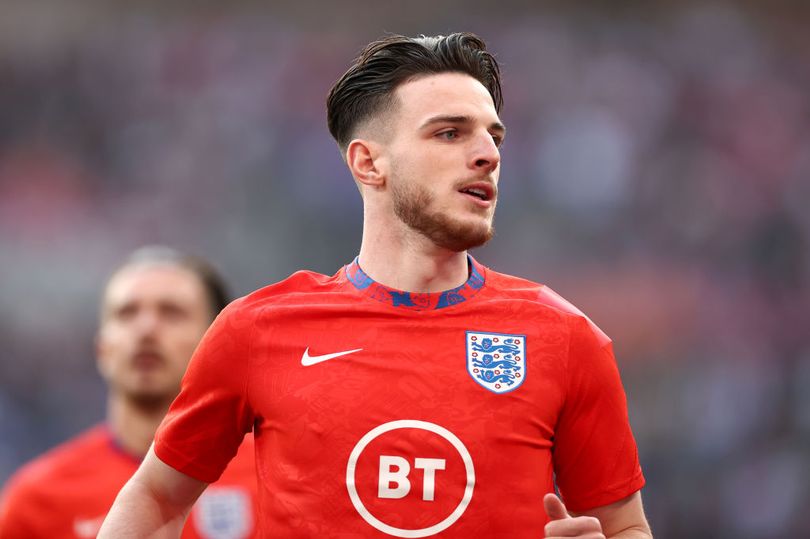 The Red Devils bolstered their midfield with Casemiro and Christian Eriksen in the last transfer window and the duo have been hugely impressive over the current season.

Casemiro has cemented the number six role ahead of the likes of Scott McTominay and Fred, but there is still speculation that the club could pursue another defensive midfielder.

Rice has been long linked with a move to Old Trafford and Steinberg claims that they are ‘very much in the running’ to sign the Hammers star, who is Arsenal’s top summer target.

The Red Devils have ‘laid some of the groundwork’ for a summer move. Rice has also been on Chelsea’s radar but he is likely to prioritise Champions League football next term.

Rice is widely regarded as one of the best holding midfielders in the Premier League. He is currently in a relegation battle with the Hammers, but has still fared well in the division.

As per Squawka, the 24-year-old is the only player in the top-flight to register over 20 tackles, 20 interceptions, 20 clearances, 20 shots while creating 20 chances this season.

He has also won possession more than anyone else in the league (178). If United were to sign Rice this summer, he could play alongside Casemiro with Eriksen being used in rotation.

Rice is primarily a defensive midfielder but has the knack of making quality forward runs. With the right coaching and positional freedom, he could also improve his goal contributions.

At 24, the England star still has a high ceiling. He would be an ideal signing for United as he would not need much time to adapt with 186 Premier League appearances to his name.

It has been reported that he could be available for £70 million but the Hammers could look for a higher sum. He is currently contracted until June 2024 but there is an option for another year.

David Moyes’ side will most likely want a bidding war between United, Chelsea and Arsenal for their prized asset. United will need to be proactive to beat their rivals to his services.

Stats from Transfermarkt.com and Squawka.com