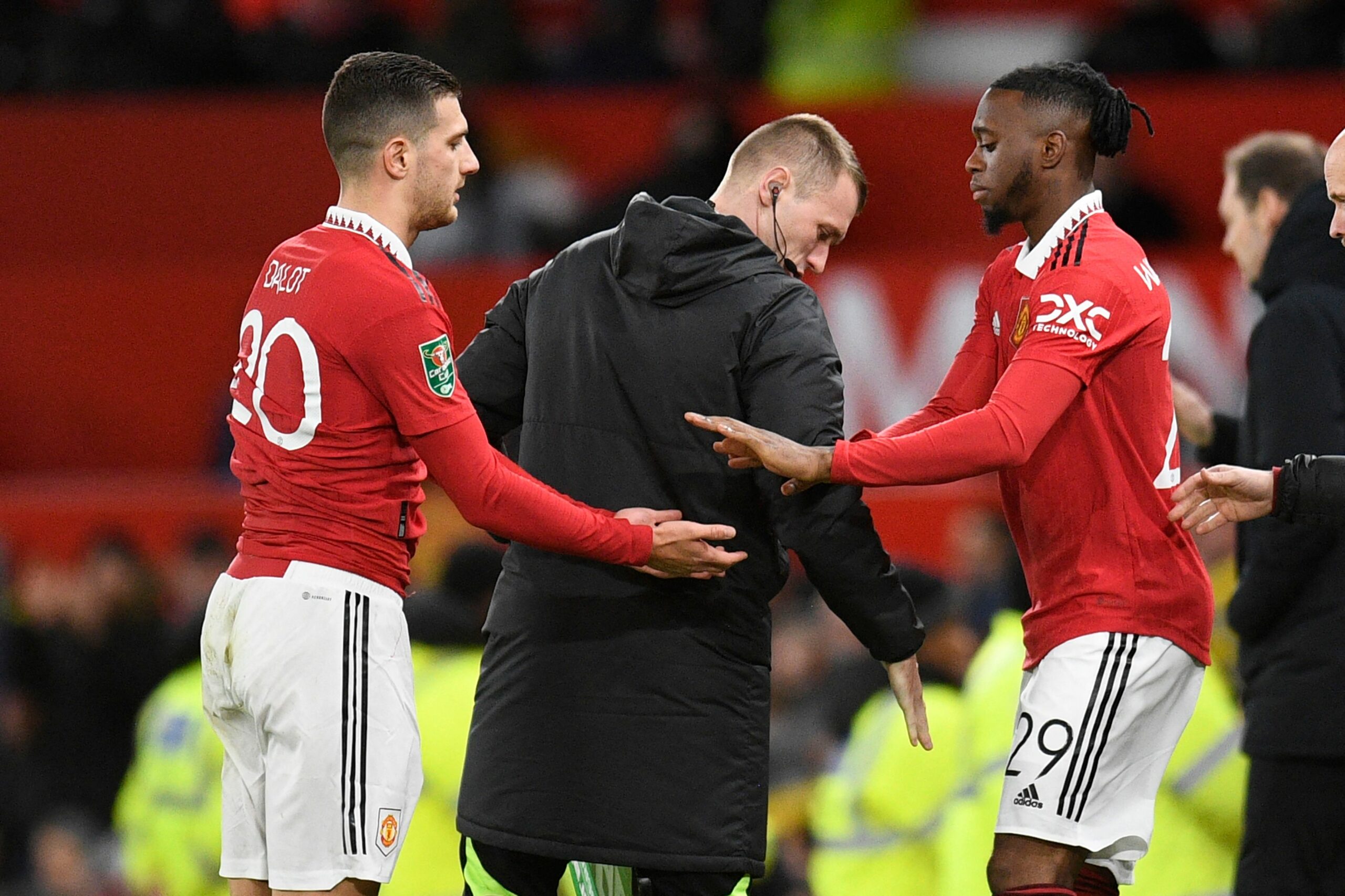 Manchester United trio Anthony Martial, Diogo Dalot and Jadon Sancho are not part of the travelling squad for Sunday’s Premier League clash against Arsenal at the Emirates Stadium.

The Red Devils have been in terrific form over the past few weeks. The club have picked up nine wins and one draw from the last 10 games across all competitions.

The stalemate was at Crystal Palace in midweek and manager Erik ten Hag will be hoping for a strong response against the Gunners away from home tomorrow.

Ahead of the game, Manchester Evening News have confirmed that Martial and Dalot did not board the train to London, having yet to recover from their injuries.

Martial picked up a leg injury in the recent Manchester derby win and he subsequently missed the 1-1 draw against Palace at Selhurst Park on Wednesday night.

Meanwhile, Dalot has been sidelined for the last two games with a thigh issue. He picked up the setback in the Carabao Cup quarter-final win over Charlton Athletic.

Both players are confirmed absentees for the Gunners game. Alongside them, Jadon Sancho won’t be available despite returning to team training earlier this week.

Ten Hag sent him on a special training programme to the Netherlands during the festive period and has not deemed him fit enough to make his return to first-team action.

Casemiro is also ruled out of the crunch encounter after picking up his fifth yellow card of the top-flight campaign which constitutes an automatic one-game ban.

Elsewhere, Axel Tuanzebe and Donny van de Beek are carrying long-term injuries. There has been no update on Tuanzebe since being left out of the squad for the winter friendlies.

Van de Beek has been ruled out for the rest of the campaign after undergoing a knee surgery. The Dutchman may have played his final game in the Red Devils shirt.