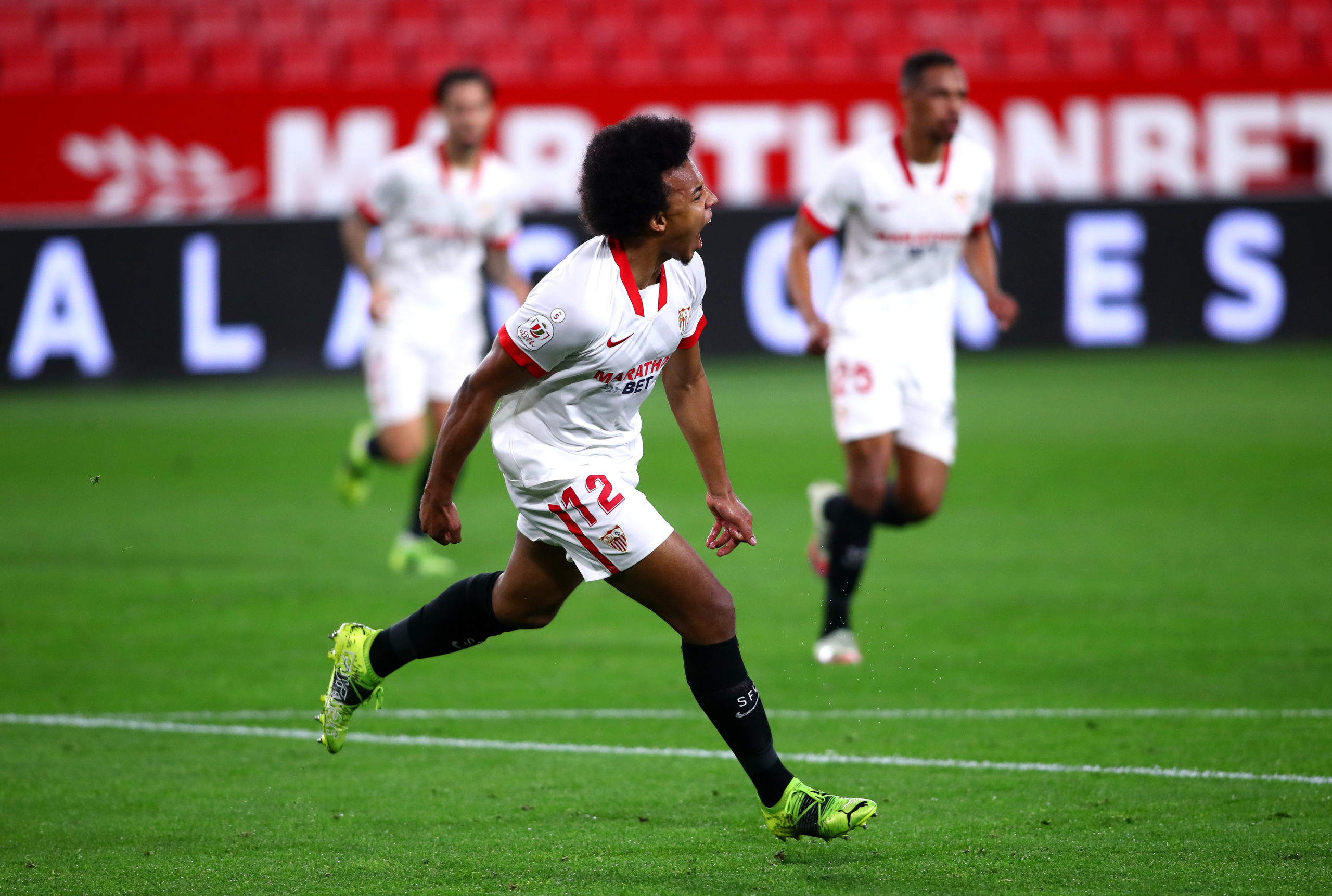 Jules Kounde, who was linked with Manchester United in October and January, scored a ‘great’ goal last night against Barcelona in the first leg of their Copa del Rey semi-final.

The Sevilla star picked up the ball in his own half before starting his move towards goal, exchanging passes with Suso and then skipping past several challenges.

He dribbled around Barcelona defender Samuel Umtiti before finishing past Morgan Ter Stegen in the bottom left corner.

It was an excellent goal for any player, enhanced by the fact that Kounde is a central defender. You can see the goal below:

Sevilla finished the game 2-0 winners, and while Barcelona may yet defeat them with a three-goal margin in the second leg, somehow you think a team with Kounde in it won’t give them that opportunity.

And for United fans who have been disappointed with the defence this season, this was an excellent reminder of what they can expect if the club were to move to for the Sevilla defender.

After this display fans will be justified in wondering why United didn’t make the move last summer, when the need for a defender was evident and Kounde’s price tag would have been lower.

Performances like this are only going to increase his transfer fee and generate interest from other clubs, both of which will make it harder for United to sign him.