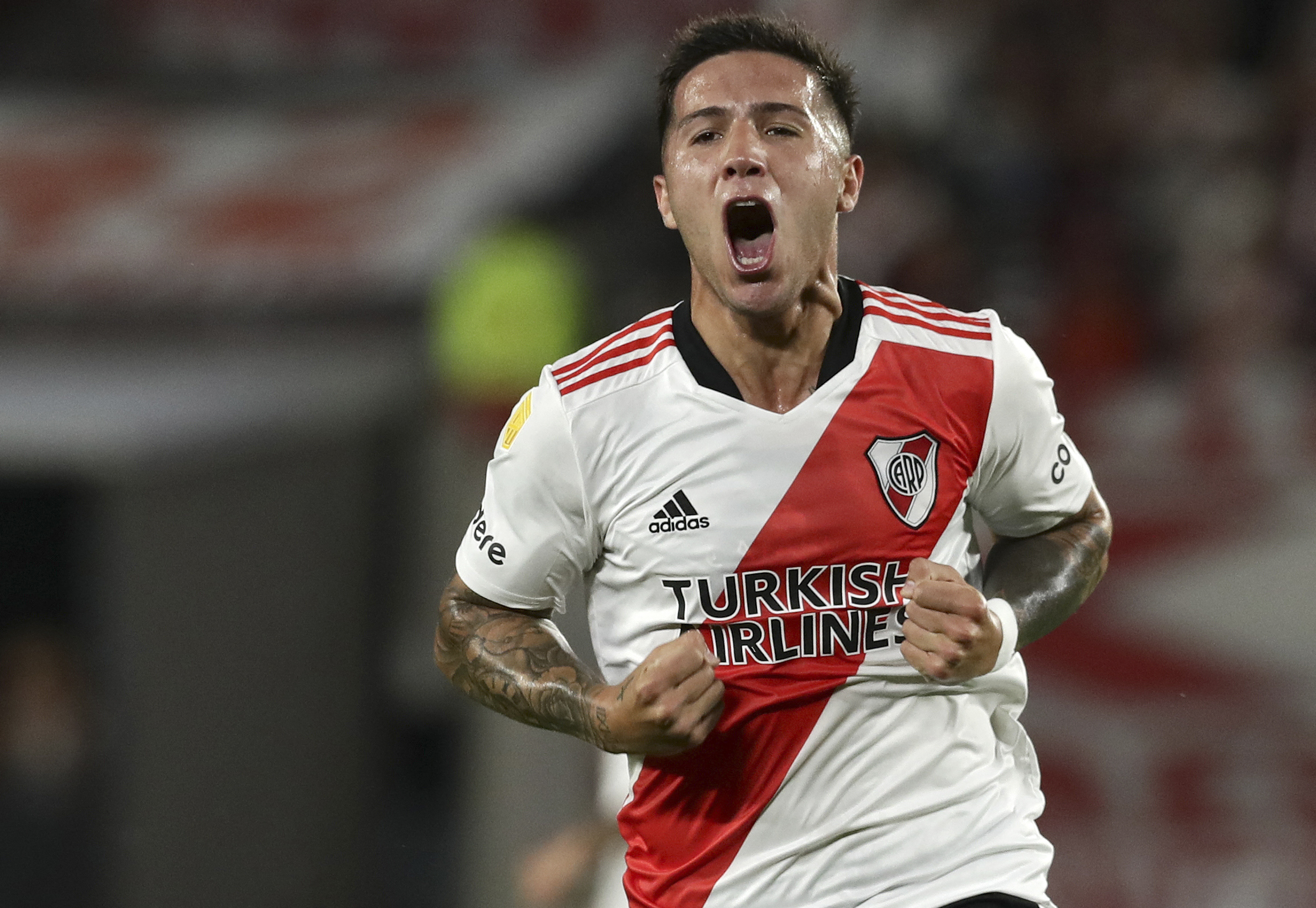 Fernandez is regarded as one of Argentina’s best young midfielders. He has already been linked with a move to Manchester City, who signed his teammate Julian Alvarez in January.

According to TyC Sports journalist Cesar Luis Merlo, United and Real Madrid are also interested in signing the midfielder, and have already made contact with River Plate.

However, neither club have made a formal offer. The Red Devils have planned to track his performance during River Plate’s encounter against Fortaleza later tonight.

Fernandez has a release clause worth €20 million on his contract, but that would increase to €25m during the final ten days of the summer transfer window in Argentina.

Fernandez is generally a defensive midfielder. The 21-year-old has been impressive in the Argentine top-flight this term, winning an average of 2.3 tackles per game.

Aside from his defensive contributions, he has also excelled going forward. He has bagged three goals and three assists from just nine league appearances.

Hence, there are no surprises that he is grabbing attention from some of Europe’s elite clubs. The Red Devils seem most interested with a scout due to watch in action.

United have been known for pursuing marquee players in the past, but the transfer strategy is expected to change with the arrival of Erik ten Hag as permanent manager.

He has the pedigree of grooming youngsters into potential world-beaters. Ajax have recently benefitted from the North and South American transfer markets with the signings of Antony, Edson Alvarez among others.

United may adopt a similar scouting system this summer with Ten Hag likely to prioritise the purchase of young players. The Dutchman could look to build a squad with a view to long-term success.

Fernandez could be a quality signing in that aspect. While Manchester City and Real Madrid are better placed with Champions League football, United could lure him with assurance of regular minutes.