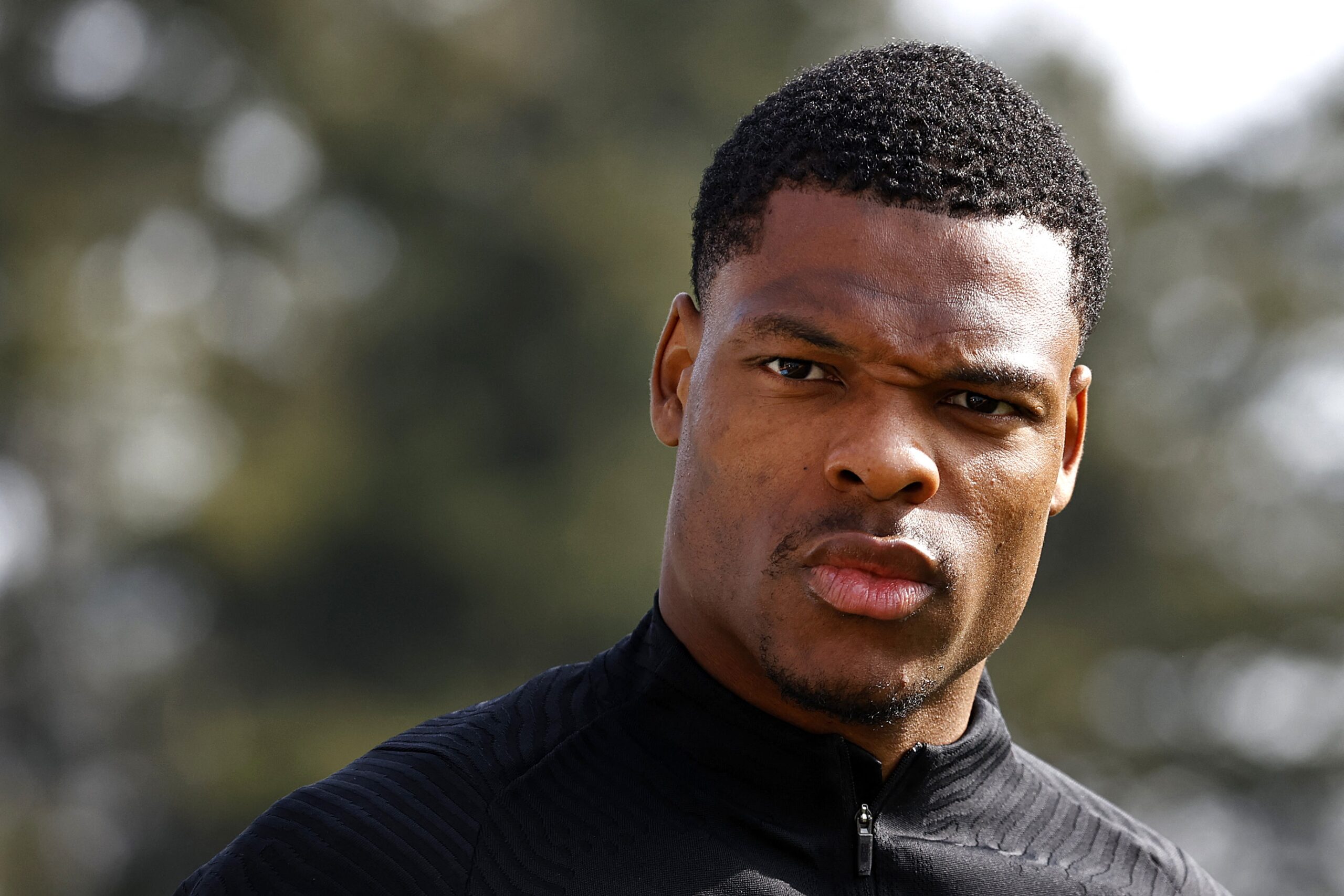 Manchester United are preparing to make a transfer offer for Inter Milan defender Denzel Dumfries, according to L’Interista.

The Red Devils have placed their entire focus on signing midfielder Frenkie de Jong this month, and they are now on the verge of reaching a transfer agreement with Barcelona.

Once a deal is finalised, they should look into reinforcing other positions. A new right-back could be one of the priorities with Erik ten Hag eyeing more creativity from the role.

Earlier this month, it was claimed that Ten Hag wants to bring Dumfries to Old Trafford, and L’Interista now reports that the club are planning to make a €30 million (£26m) bid to sign him.

While he was impressive with his defensive work, his lack of attacking threat meant that he was replaced by Diogo Dalot in the XI after Ralf Rangnick replaced Ole Gunnar Solskjaer.

It has been suggested that Ten Hag plans to stick with Dalot. Wan-Bissaka and Brandon Williams, who was away on loan at Norwich City, could be sold this summer as part of the rebuild.

Meanwhile, Dumfries would be a terrific addition to the United squad after a superb debut season at Inter Milan. He bagged five goals and seven assists from 45 appearances for the Nerazzurri.

He played exclusively from the right wing-back role for the Serie A outfit, but it may not overly concern Ten Hag, given his style of play involves full-backs making regular overlapping runs.

Dumfries has not had much work to do defensively over the past year for club and country, but should comfortably play in a back four, having been a right-back for the majority of his career.