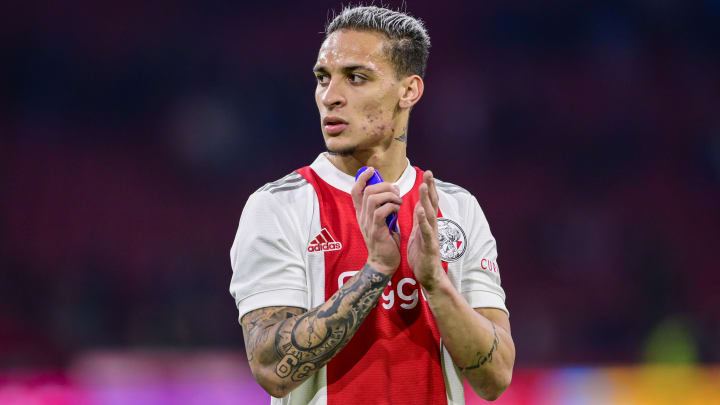 Manchester United have yet to make any signings this summer, but they appear to be making progress over the transfer of midfielder Frenkie de Jong from Barcelona.

The Netherlands international had initially been reluctant to consider a move to Old Trafford due to their failure to qualify for the Champions League, but manager Erik ten Hag has changed his stance.

United still need to sort out the transfer fee with the Blaugrana. Their opening bid of £60 million fell short of the £89m valuation, but there is optimism that an offer of £68m plus add-ons could seal the deal.

De Jong will be out for a short vacation after his Nations League duties, but Ten Hag appears intent on securing his transfer at the earliest as he wants the Dutchman involved during the club’s pre-season friendlies.

It won’t be a surprise if the transfer is finalised this week. Meanwhile. a new right-sided winger could be another priority for the Red Devils with the ongoing links with Ajax’s Antony and Leed United’s Raphinha.

Raphinha has been tipped for a big-club move, having excelled at Leeds over the past two years. The Brazilian has been on the radar of United for sometime, but they will need to part with £45 million for him.

With Chelsea and Arsenal also interested, there could a potential bidding battle, but the main question is whether Leeds would allow the 25-year-old to cross the divide to join their arch-rivals this summer.

Considering this, a move for Antony seems more realistic. Talks have already been held with his representatives, and United are reportedly confident of finalising his transfer in a deal worth £51 million.

Ten Hag knows Antony very well from their time together at Ajax over the past two years. The 22-year-old made 22 goal contributions from the right wing last term, and would be a quality acquisition for United.

The club suffered a big blow recently with Darwin Nunez choosing Liverpool, and the hierarchy need to act fast to secure the transfers of De Jong and Antony, who are among Ten Hag’s prime transfer targets.