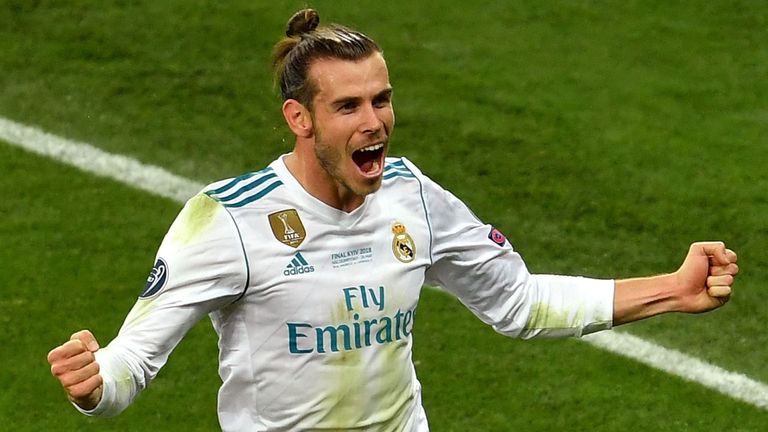 Manchester United have been strongly linked with a move for Gareth Bale again this summer, but the chances of us signing him are looking more likely than ever.

The 28-year-old was a bit part player in Real Madrid’s side last season under Zinedine Zidane, leading to speculation that he could leave the club to join us.

However, Bale scored two goals as a substitute in the Champions League final back in May, helping Madrid win a third successive title at the expense of Liverpool.  As a result, his market value sky rocketed.

Shortly afterwards Zidane surprisingly stepped down as manager at the Santiago Bernabeu Stadium and was replaced by former-Spain manager Julen Lopetegui.  It has been unclear what Bale’s future holds at Real Madrid.

Sky Sports now understand that the Welsh winger will hold face-to-face talks with the coach next week to understand what plans Lopetegui has for the Manchester United target.

The report goes on to say that Gareth Bale’s representatives are due to travel to Madrid before the end of the month to hold talks with club president president Florentino Perez to discuss his future with the Spanish giants.

Jose Mourinho didn’t settle on a right winger last season, with Juan Mata, Marcus Rashford and Jesse Lingard among the players who spent time out there.  We have since been linked to a number of right wingers this summer.  Should Bale’s future be bleak in Madrid then there could be a great opportunity for us to bring him back to the Premier League this summer.

The departure of Cristiano Ronaldo to Juventus does make us wonder if Real Madrid would be prepared to let another wide man go.  Though one does expect they will replace the Portuguese superstar with another world class player – Neymar, Eden Hazard and Kylian Mbappe all strongly linked over the past week.

It will be interesting to see what the results are of Gareth Bale’s discussion with the new boss, and whether it leads to the winger joining Manchester United…