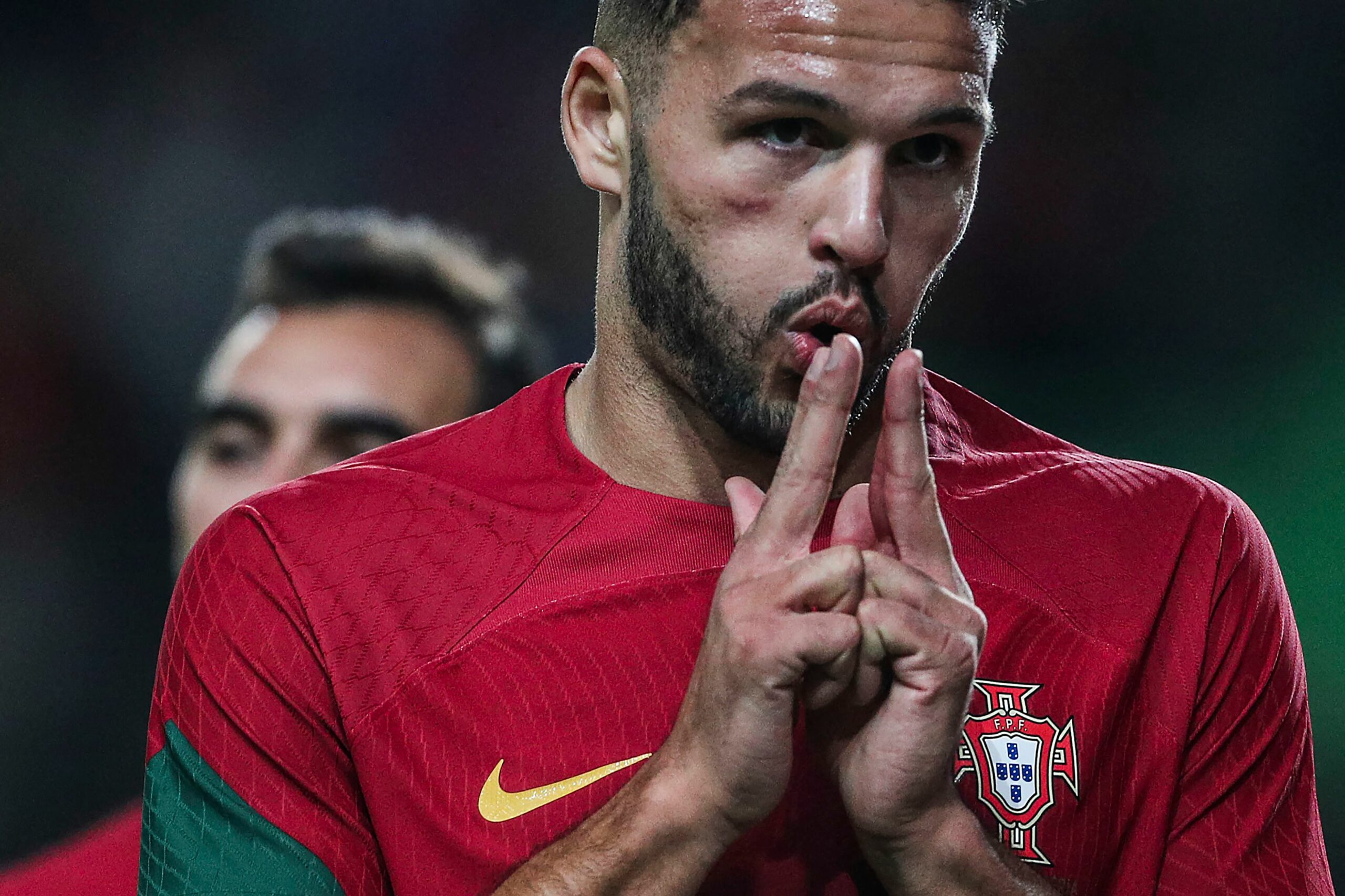 Manchester United target Goncalo Ramos announced himself on the world stage in style with a stunning performance for Portugal against Switzerland.

The 21-year-old has been superb for Benfica this campaign, registering 14 goals and six assists from just 21 appearances across all competitions.

His progress has caught the eye of United but they may have to pay a premium price for him in future after his world-class display against the Swiss.

Portugal manager Fernando Santos made the surprise decision to drop Cristiano Ronaldo last night. It was Ramos who was picked over Andre Silva up front.

The youngster, who had previously played 33 minutes for Portugal in his career, delivered one of the best-ever World Cup displays with an outstanding hat-trick.

Ramos scored with a powerful strike to beat Yann Sommer at the near post before tapping home his second. He produced a lovely chip over the goalkeeper for his third.

Aside from his goals, he also provided an assist for Raphael Guerreiro’s goal in the 6-1 rout and it is a moment he will savour for the rest of his career.

The striker may struggle to eclipse this performance again, but he has announced himself on the big stage which is probably bad news for the Red Devils.

Benfica are planning to negotiate a new deal for the striker and their urgency should only increase after his stupendous showing against the Swiss yesterday.

Furthermore, the Portuguese club have already inserted a €120 million release clause in his contract and they may now hold out for the fee to sell him in future.

No club is likely to make such a huge outlay in January but there should be plenty of interest from elite European clubs during next summer’s transfer window.

United were fancied to sign Ramos for around €41m earlier this season. They could now face the prospect of missing out on him to one of their European rivals.