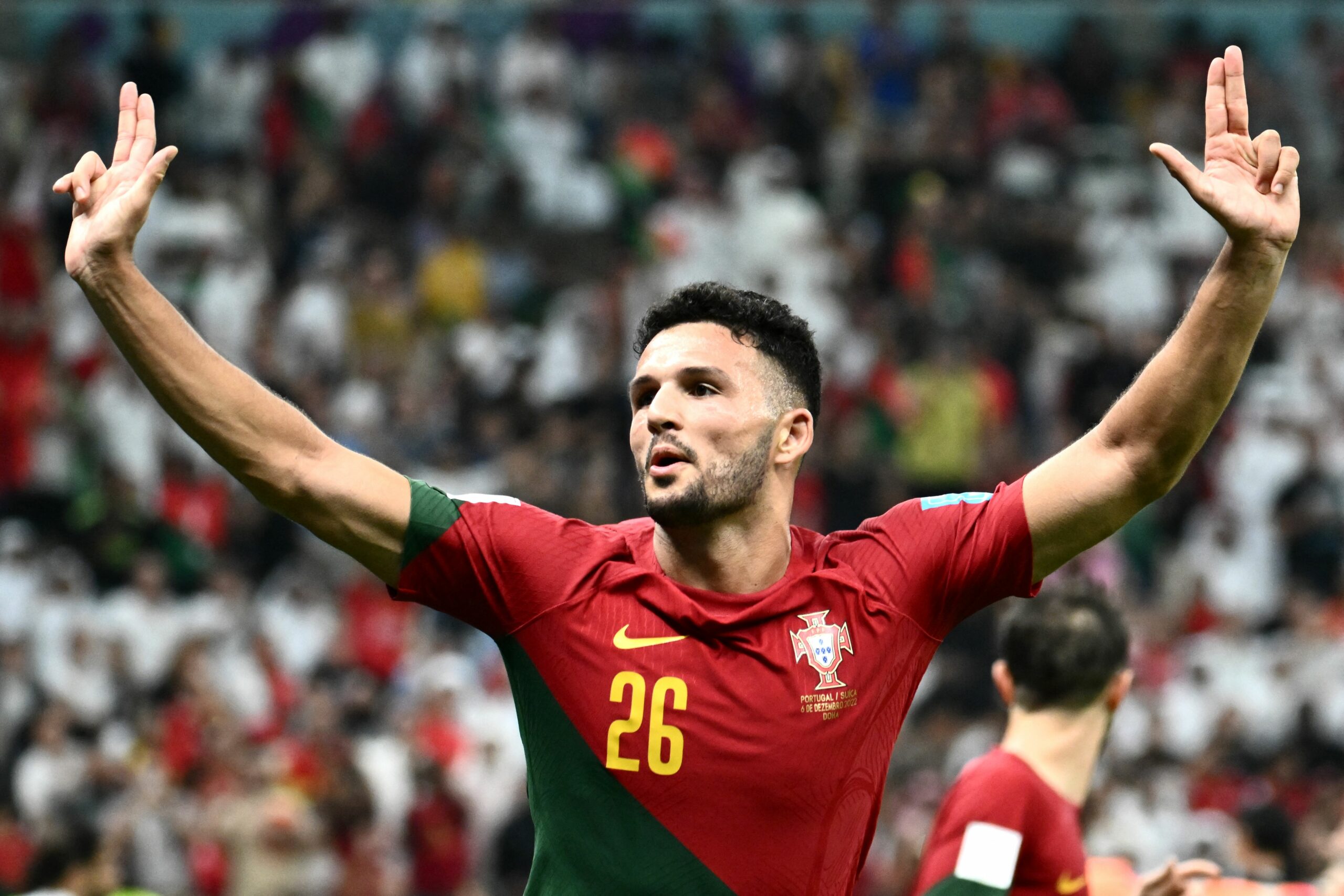 The price of Manchester United target Goncalo Ramos has shot up to €80 million on the back of his impressive performances for club and country, Calciomercato report.

The 21-year-old is regarded as one of the best young strikers in European football and his reputation has been greatly enhanced after his stunning World Cup hat-trick for Portugal.

Ramos was picked ahead of Cristiano Ronaldo to lead the line against Switzerland on Tuesday night and he produced a complete performance which also included an assist.

It is now reported by Calciomercato that United, Paris Saint-Germain and Bayern Munich followed the striker last summer but Benfica president Rui Costa resisted a sale.

The youngster was valued at around €41 million earlier this season and it is now claimed that the price tag has skyrocketed to €80m amid his superb displays over the campaign.

Ramos stole the headlines in Portugal’s 6-1 win over Switzerland in the World Cup round of 16, but he has also been hugely impressive for Benfica in the ongoing season.

In just 21 appearances, the striker has 14 goals and six assists. Hence, there are no surprises that the big clubs are interested but Benfica may keep hold of him until the summer.

The striker currently has a release clause worth €120m in his current contract and it has been reported that Benfica want to reward him with a fresh long-term deal.

In our view, United are unlikely to prise him away in the winter transfer window. Benfica are tough negotiators and will want the best price for their club graduate.

They are in a strong position to dictate his future with his contract only expiring in June 2026. The Portuguese side will be eyeing a huge bidding battle in the summer.

Man Utd have advantage over Real Madrid in pursuit of Cody Gakpo
De Gea: Manchester United yet to open talks over a new contract