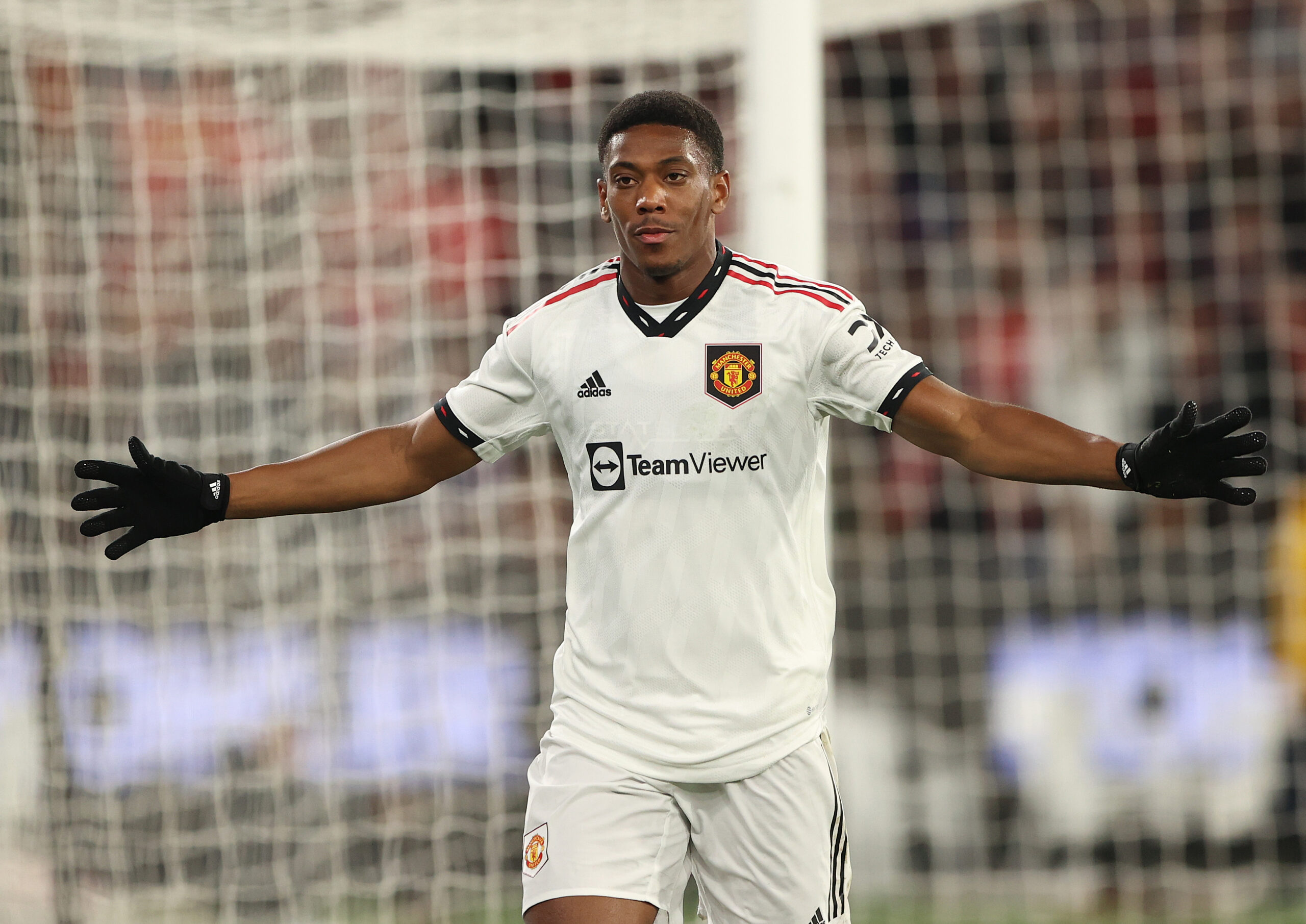 Manchester United have suffered a big injury blow with Anthony Martial ruled out of the Premier League curtain-raiser against Brighton & Hove Albion on August 7, The Athletic report.

The France international had a difficult 2021/22 season with the Red Devils. He was initially out-of-favour at United before being loaned out to Sevilla at the turn of the year.

This led to suggestions that he could be sold or loaned out this summer, but the 26-year-old has had a tremendous resurgence after shining for United during pre-season.

Earlier last month, it was reported that Martial was expected to start the season opener against Brighton, but that is unlikely to happen after a minor hamstring problem.

The Frenchman sustained the injury during the penultimate pre-season friendly against Atletico last week, and it is unclear when he could make his comeback for United.

It is hoped that he could be available to face Brentford on the road on August 13. Otherwise, he could be fit for the encounter against arch-rivals Liverpool on August 22.

Martial, who was signed by United for an initial £36 million from Monaco in 2015, will undoubtedly be disappointed, having won the trust of manager Erik ten Hag this summer.

Cristiano Ronaldo looks set to lead the line this weekend

Ronaldo’s future has been a constant topic of speculation in recent weeks. However, United are yet to receive any suitable offers while they are also keen on keeping him.

The Portuguese played 45 minutes of the recent 1-1 draw against Rayo Vallecano, and he could now be tasked to the lead the line against the Seagulls at Old Trafford.

The 37-year-old may not have the same level of fitness as many of his teammates, having only joined training last week, but his experience will be key for United up front.

The Red Devils were completely outclassed by Brighton last time around as they suffered an embarrassing 4-0 defeat at the Amex Stadium at the beginning of May.

The fans will expect a much-improved showing under Ten Hag, who has got the squad playing an exciting brand of football. They should take the game to Brighton.