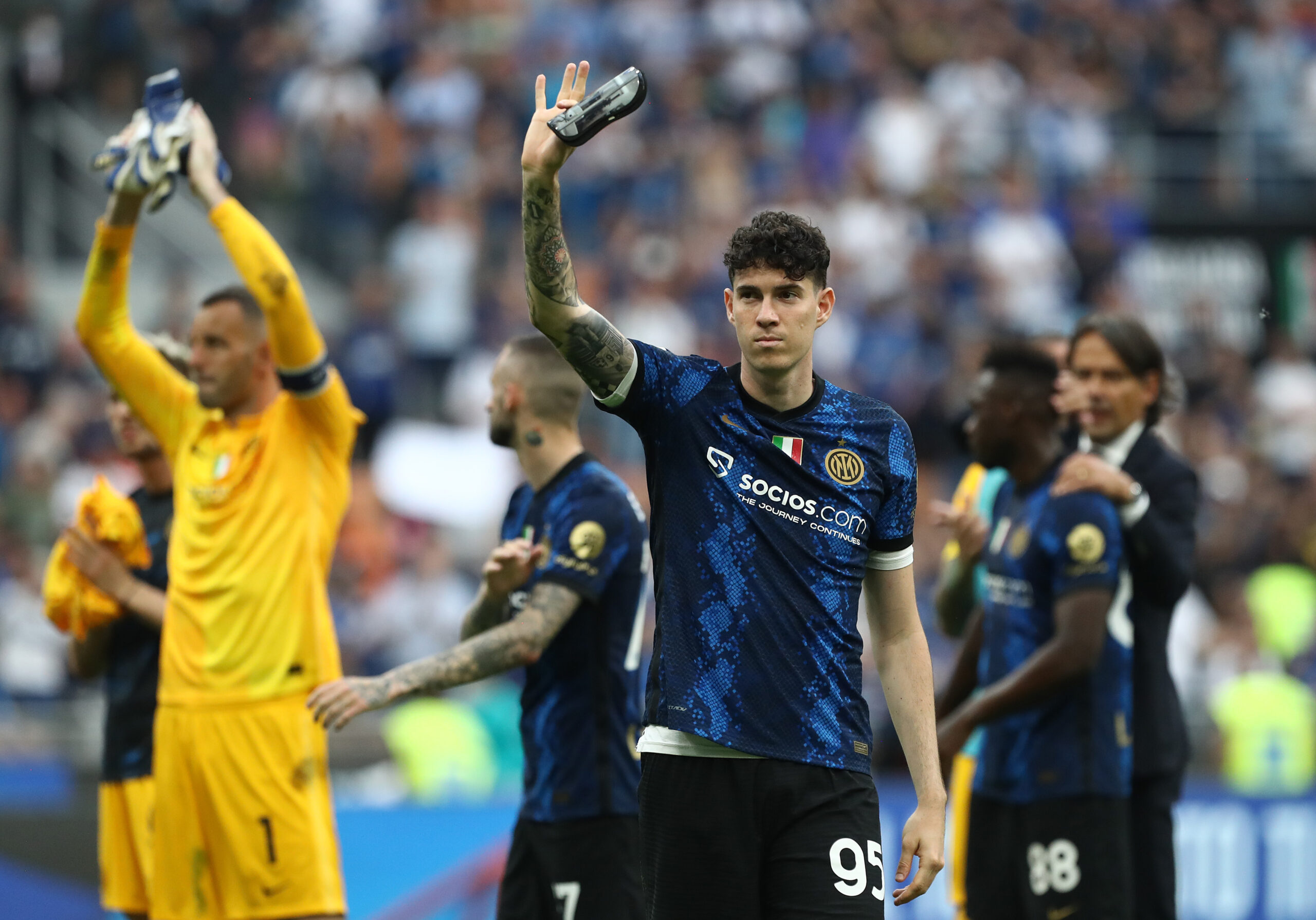 Manchester United have been credited with an interest in signing Inter Milan defender Alessandro Bastoni this summer.

The Red Devils are eyeing a new centre-back, and they have already been linked with multiple names including Pau Torres, Jurrien Timber and Lisandro Martinez.

According to Gazzetta dello Sport, United are now deemed to have entered the race for Bastoni, who has a huge admirer in the form of new manager Erik ten Hag.

Inter currently need to balance their books with a big sale, and they are prepared to part ways with Bastoni if they receive a fee of at least €60 million.

The Nerazzurri have no plans of negotiating on the fee, but United are still said to be ‘studying the right offer’ for Italy international.

Bastoni has been a key figure at the heart of the Nerarruzzi backline. The 23-year-old is not known for his tough tackling, but has caught the eye with his distribution.

He completed 89.6 per cent of his passes in the recent Serie A campaign. He also showed good concentration around his own box, averaging nearly two clearances per game.

His attributes would ideally suit Ten Hag, who tends to prefer ball-playing centre-backs, but there are better options that could be pursued in the transfer market.

Ajax’s Jurrien Timber could be considered by United. The Dutchman is excellent with his distribution (91.5), but also works hard defensively with 2.4 tackles per game.

Ten Hag will eventually make the final decision over a new central defender, but the opportunity to reunite with his former player could be a more enticing prospect.

The 52-year-old has openly spoken about his admiration for Timber. He has backed him to become a future captain. The 20-year-old should be available for a much lesser fee.