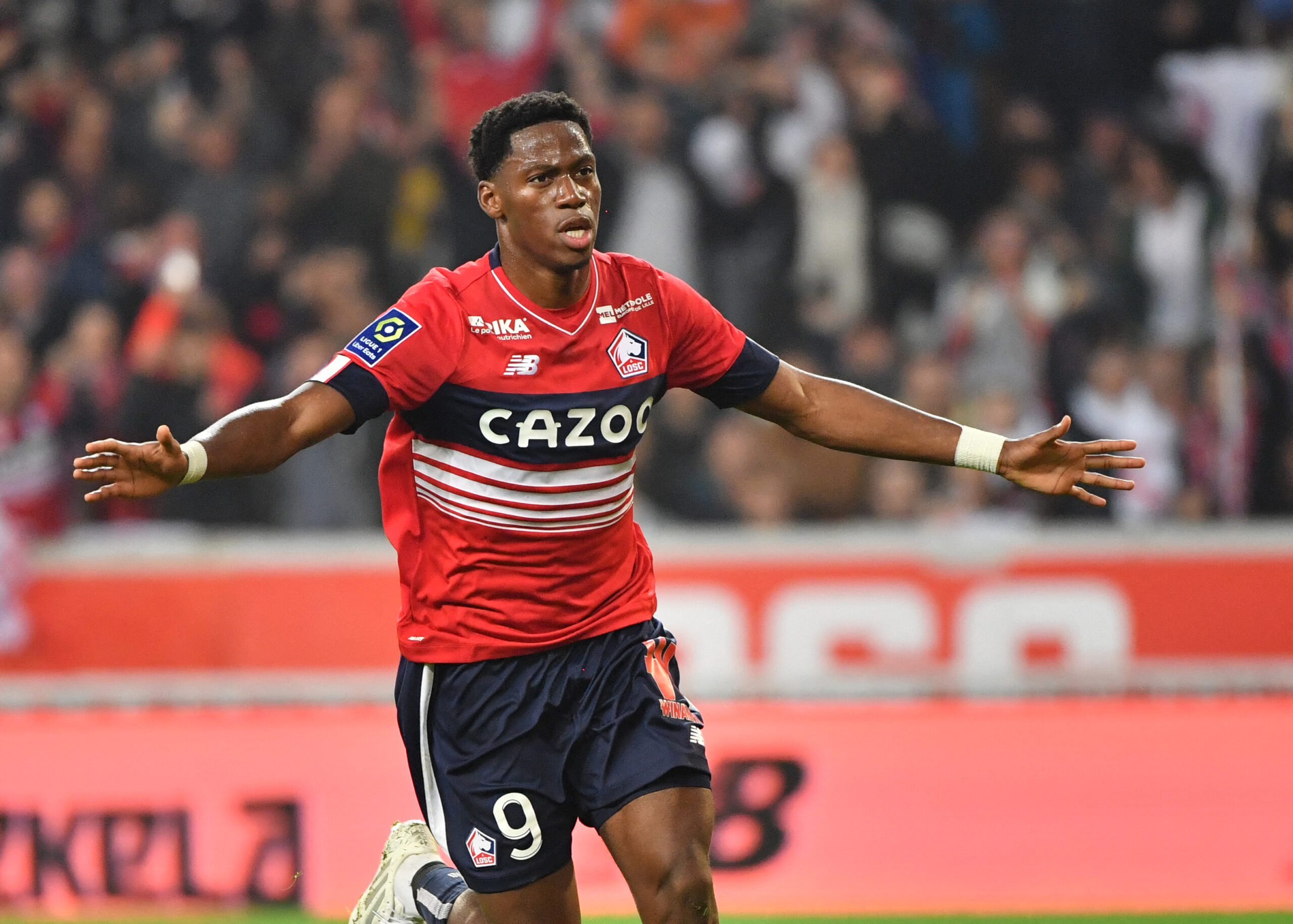 Manchester United should focus on pursuing the services of Lille striker Jonathan David when the transfer window reopens in the New Year.

The Red Devils currently have three senior strikers in the first-team squad in Marcus Rashford, Anthony Martial and Cristiano Ronaldo.

Among them, only Rashford has been a regular starter in the top-flight. Martial has spent most of the time on the sidelines with injuries.

Ronaldo has seen consistent playing time in the Europa League, but there remains the speculation that he could leave at the turn of the year.

If that is the case, manager Erik ten Hag will no doubt want a replacement. In our opinion, Lille’s David would be fantastic addition to the ranks.

United have regularly been linked with Atletico’s Joao Felix, but we believe David would be a more ideal candidate to operate as a specialist striker.

The Canadian bagged 19 goals from 48 outings for Lille last season. He has started impressively this term with nine goals and three assists from just 12 games.

The 22-year-old is not a traditional number nine with an aerial presence, but likes to dribble at pace and can be considered as a typical fox in the box.

His finishing is obviously his main strength and that is a particular attribute where the Red Devils have struggled lately with Rashford fluffing his lines.

David is currently valued at €45 million by Transfermarkt. At such a price, he would be a bargain signing for United as he is just entering the prime of his career.

In comparison, Felix has managed just three assists this campaign for Atletico. He is currently out of contention for a starting position under Diego Simeone.

The Portuguese attacker has not developed as predicted in his early career and won’t come for cheap with Transfermarkt valuing him in the region of €70m.

If the Red Devils are looking for a striker with value for money, David perfectly meets the requirement. The big question is whether Lille would accept a mid-season exit.