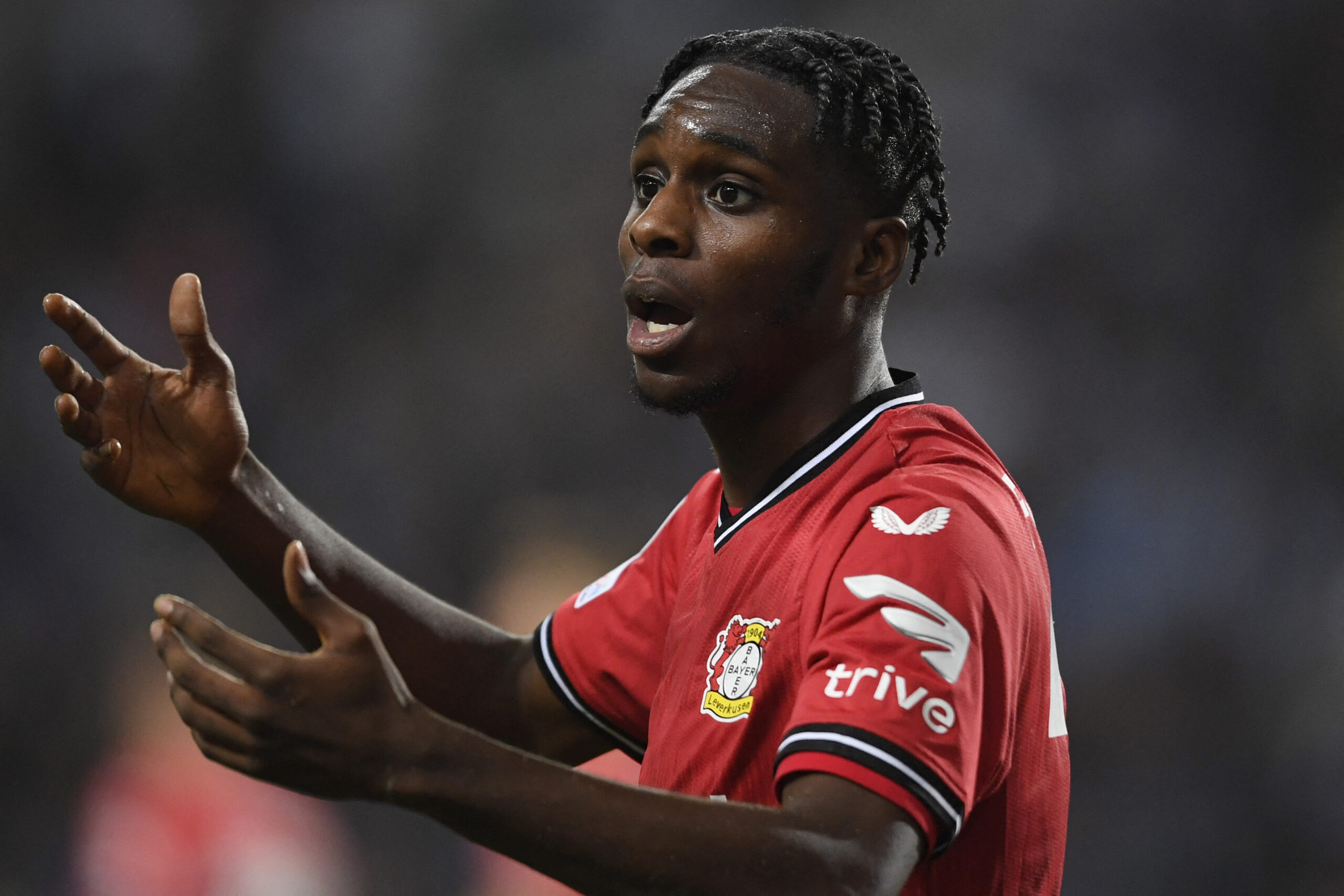 Manchester United bolstered their squad with six signings during the summer transfer window and it has had a positive influence on their performances.

Lisandro Martinez, Christian Eriksen, Casemiro, Antony and Tyrell Malacia have all been heavily involved this term with just Martin Dubravka awaiting his debut.

There is still plenty of room for improvement going forward and a new right-back could be one of the priorities for the Red Devils at the turn of the year.

Diogo Dalot has started every game for United thus far and there has been barely any competition with Aaron Wan-Bissaka managing just four minutes.

The 24-year-old has been injured over the past few weeks, but manager Erik ten Hag constantly ignored him even when he was fit for selection this season.

Hence, we won’t be surprised if a new right-back is pursued in January. Bayer Leverkusen’s Jeremie Frimpong is a target, as per Sky Sports’ Florian Plettenberg.

The 21-year-old joined the Bundesliga outfit from Celtic last summer and he had a good debut season with two goals and nine assists from 34 appearances.

He has stepped up his performances this campaign with five goals and two assists from 15 outings while playing in both the right-back and right wing-back roles.

The Dutchman is an attacking full-back, who has caught the eye with his strong dribbling, goalscoring and ability to find key passes in the final third of the pitch.

Frimpong has also excelled with his defensive attributes too. The ex-Manchester City graduate has averaged nearly two tackles per appearance this season.

In our opinion, he would be an ideal competitor to Dalot. He is currently valued at £22.5 million by Transfermarkt, but Leverkusen will no doubt demand more.

The outlay would be worthwhile in our view as Frimpong has plenty of years ahead of him to progress. He could develop into a leading right-back for the Red Devils.

A transfer in January may depend on United’s stance on Wan-Bissaka. He may need to be loaned out at least before the hierarchy decide to pursue Frimpong’s services.