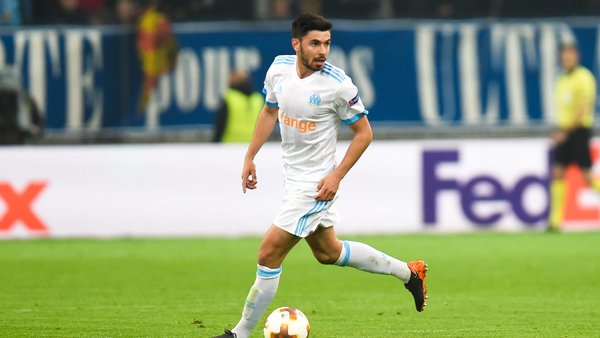 Manchester United will have a busy summer ahead of them as we look to replace both Michael Carrick and Marouane Fellaini in midfield.

36-year-old Carrick is retiring at the end of the season whilst Fellaini looks set to leave the club on a free transfer when his contract expires.

With these two departing Jose Mourinho will be left with only four experienced central midfielders on our books despite predominately playing a 4-3-3 formation since signing Alexis Sanchez in January.

A number of replacements have been linked with a move to Manchester United and the latest is Marseille playmaker Morgan Sanson.  According to KickOff.co.uk we could be set to make an offer for the French midfielder.

The 23-year-old has predominately played in the number 10 role in southern France this season where he has scored eight goals and recorded two assists in 30 Ligue 1 appearances (23 starts).

Sanson is yet to receive his first cap for the French national team under Didier Deschamps but was previously a regular for the under-21s.

Marseille only brought Morgan Sanson to the Stade Velodrome from Montpellier in January last year and has been a regular ever since.  However, should we show interest in signing the player you cannot imagine the French side would be able to keep a hold of Sanson.

Morgan Sanson is mobile midfielder who is technically gifted and could certainly thrive in an attacking Premier League side.  KickOff.co.uk believe the player could cost us up to £50 million but in today’s market and with several years ahead for the player this price wouldn’t be considered a huge risk.