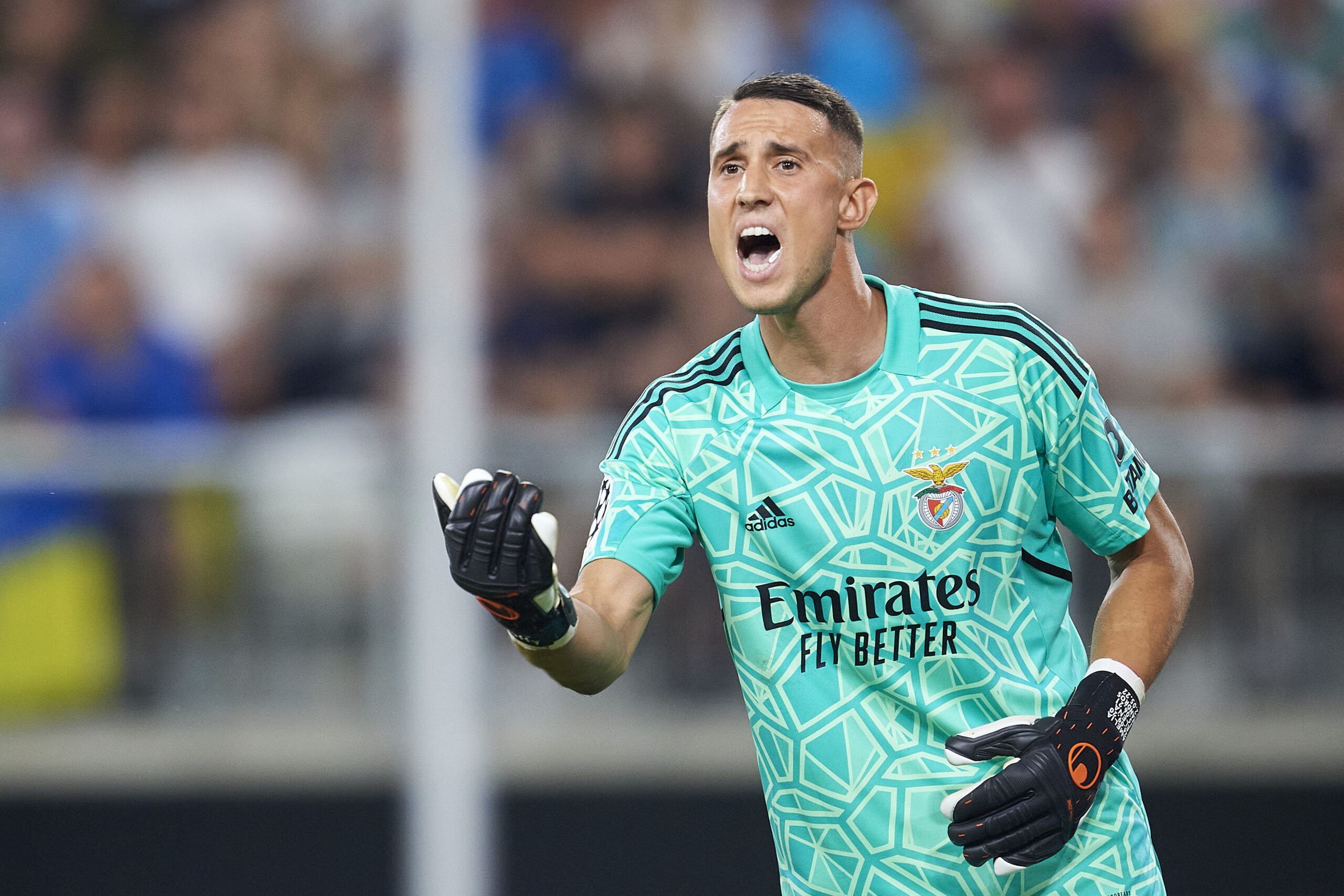 Manchester United have been handed a blow in the pursuit of Odysseas Vlachodimos with the goalkeeper set to sign a new long-term deal with Benfica.

The Red Devils have been linked with Vlachodimos on multiple occasions this season. There have been claims that United could consider signing him this winter.

However, their prospects are set to be dashed with Benfica on the verge of committing him to a new long-term contract until the summer of 2027, as per Record.

The 28-year-old, whose current deal expires in 18 months, will also have a €60 million release clause in his new contract which will be valid until June 2025.

Man Utd set to miss out on Vlachodimos

The Greek has had a top season with Benfica. He recently caught the eye against Paris Saint-Germain in the Champions League where he made seven saves in a 1-1 draw.

Aside from his strong reflexes, he has impressed with his passing accuracy of 79 per cent this term. Despite this, United should not be disappointed at missing out on him.

Vlachodimos has had an exceptional campaign for Benfica thus far, but he is not the best when it comes to long ball distribution or catching crosses. He likes to punch the ball.

These are two key attributes which Erik ten Hag prefers in his goalkeepers. In our view, there are better shot-stoppers in the transfer market if United decide to replace David de Gea next season.

Borussia Monchengladbach’s Yann Sommer could be available on a free transfer. United could go for Porto’s Diogo Costa if they want a goalkeeper, who can stay for the next decade.

Erik ten Hag updates on Jadon Sancho, unsure when he will return
Diogo Dalot will sign new Man Utd contract on one condition