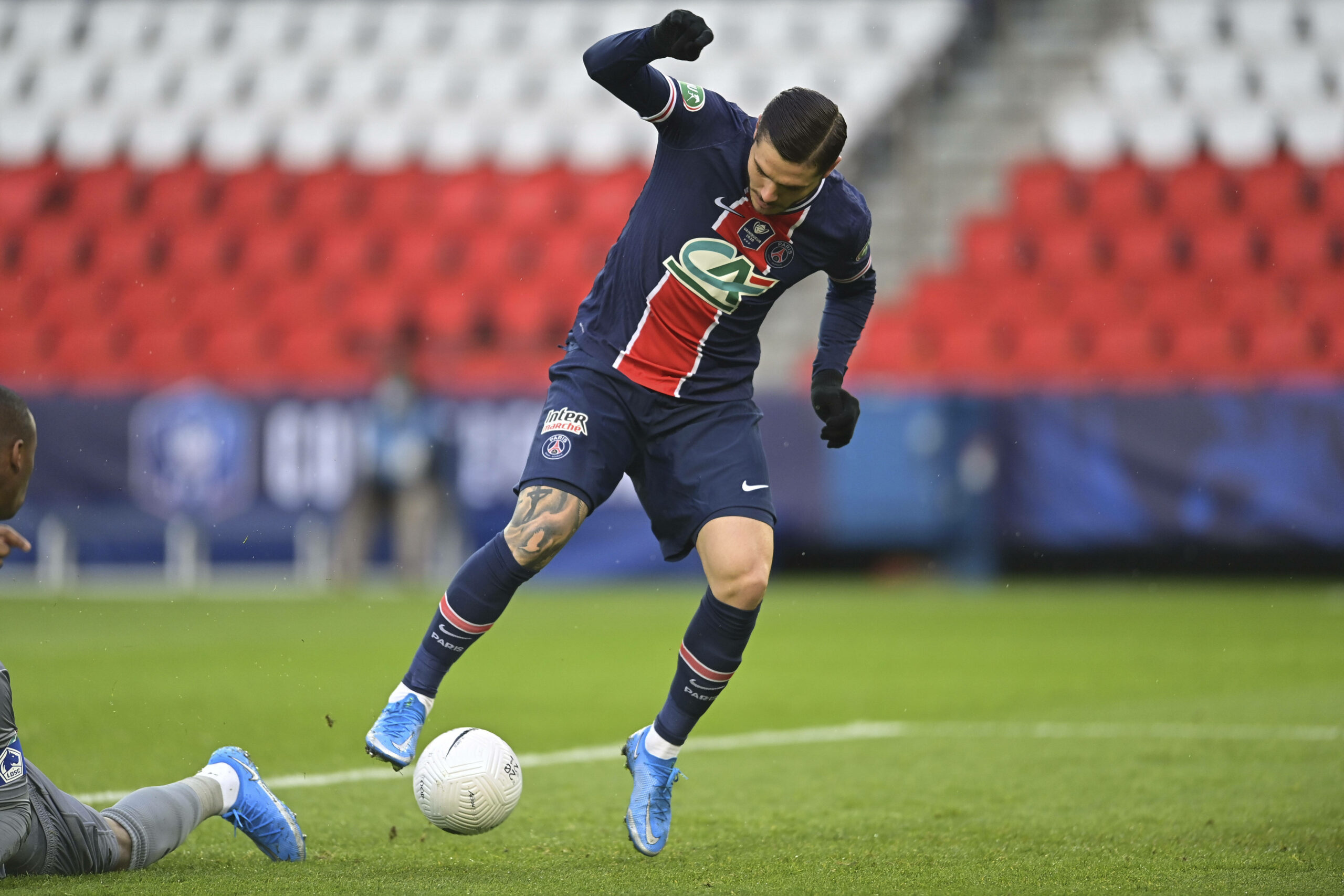 Icardi has experienced a turbulent season at the Parc des Princes, seeing his game time interrupted by several injuries and a lack of form.

Often overshadowed by Kylian Mbappe and Neymar, the Argentine has racked up just seven goals in 19 competitive outings this term.

Moise Kean’s blistering performances have also pushed the 28-year-old down the pecking order.

Icardi joined PSG from Inter Milan on a season-long loan in the summer of 2019 and impressed in his first year in Paris, bagging 20 goals in 34 matches.

It was enough for the perennial Ligue 1 champions to dish out €60 million the following year to tie the striker down to a four-year contract.

However, the former Sampdoria man’s career in France could come to a premature end, with United mooted for his next destination.

The Red Devils are on the lookout for a classic No 9 to lead the line next season.

Despite Ole Gunnar Solskjaer’s admiration for his compatriot, it appears the Borussia Dortmund striker won’t come to Old Trafford.

The Norwegian manager is also set to lose wantaway Edinson Cavani in spite of the club’s efforts to keep the 34-year-old beyond the summer.

Marcus Rashford and Anthony Martial are not comfortable playing the target-man role, something the Uruguayan has done brilliantly this season.

Solskjaer has seen first-hand what it means to have a robust striker to keep the opposition defenders occupied and open up spaces for his teammates.

Icardi is similar to Cavani and could be available for a reasonable price, which makes him a perfect target for United.

Infamous for his flamboyant nature, the Argentina international is regarded as one of the best, albeit most unpredictable strikers of his generation.