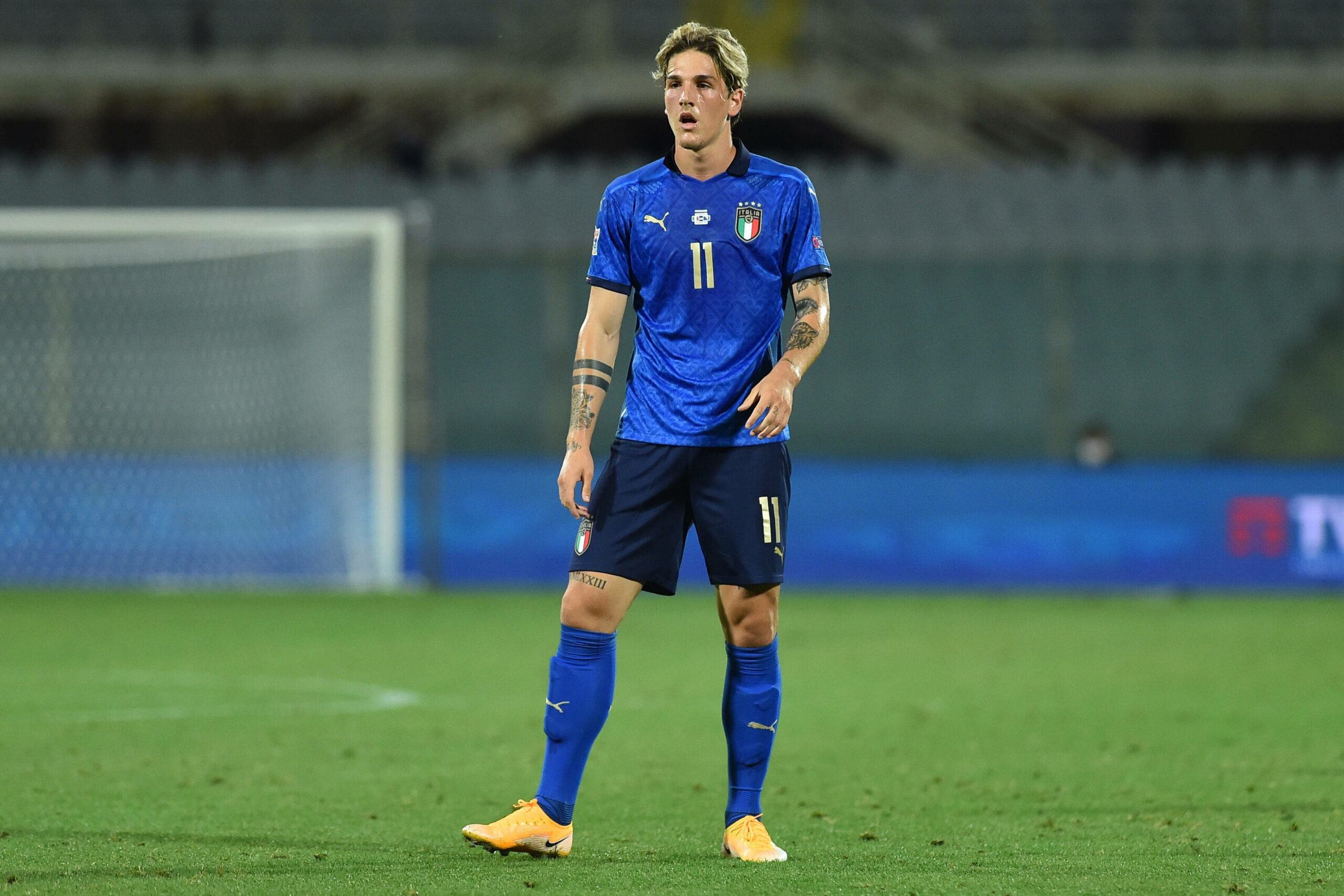 Manchester United are tracking Nicolo Zaniolo’s recovery process at Roma and are preparing to launch a summer bid for the attacking midfielder.

The Red Devils want to see if there is an opportunity to snatch the 21-year-old away from Rome at the end of the season.

Ole Gunnar Solskjaer is looking to shake things up a bit in the summer and has rekindled his interest in the prodigious playmaker.

According to Il Messagero, the Italian’s price tag has decreased on the back of his lengthy spell on the sidelines.

United were interested in taking the youngster to the Premier League but had to give up the chase after being quoted figures around £70 million.

Zaniolo rose to prominence during the 2018/19 campaign, establishing himself as one of the most exciting young prospects in European football.

However, it has been over a year since his battle with injuries started to hamper his progress.

Zaniolo suffered an anterior cruciate ligament injury in his right knee in Roma’s 2-1 defeat to Juventus in January 2020 and has since failed to regain full fitness.

Although he briefly returned to action down the final stretch of last season, a new physical setback has sidelined him for the entire 2020/21 campaign.

He is now on the verge of rediscovering his optimal fitness and could soon find himself back in contention for Paulo Fonseca’s team.

The Italian is currently valued at £25.5m, which is a massive markdown on his previous price tag.

Solskjaer is keen to reinforce his attacking options when the transfer market reopens for business and hopes to partner Bruno Fernandes with another top-class midfielder.

Zaniolo has the potential to become one of the best advanced playmakers in Europe and, at 21, ticks all the boxes for the type of player the Norwegian wants to bring to Old Trafford.

However, United will be concerned about his recent fitness record, and if that will make more injury-prone than usual in the more physical Premier League.