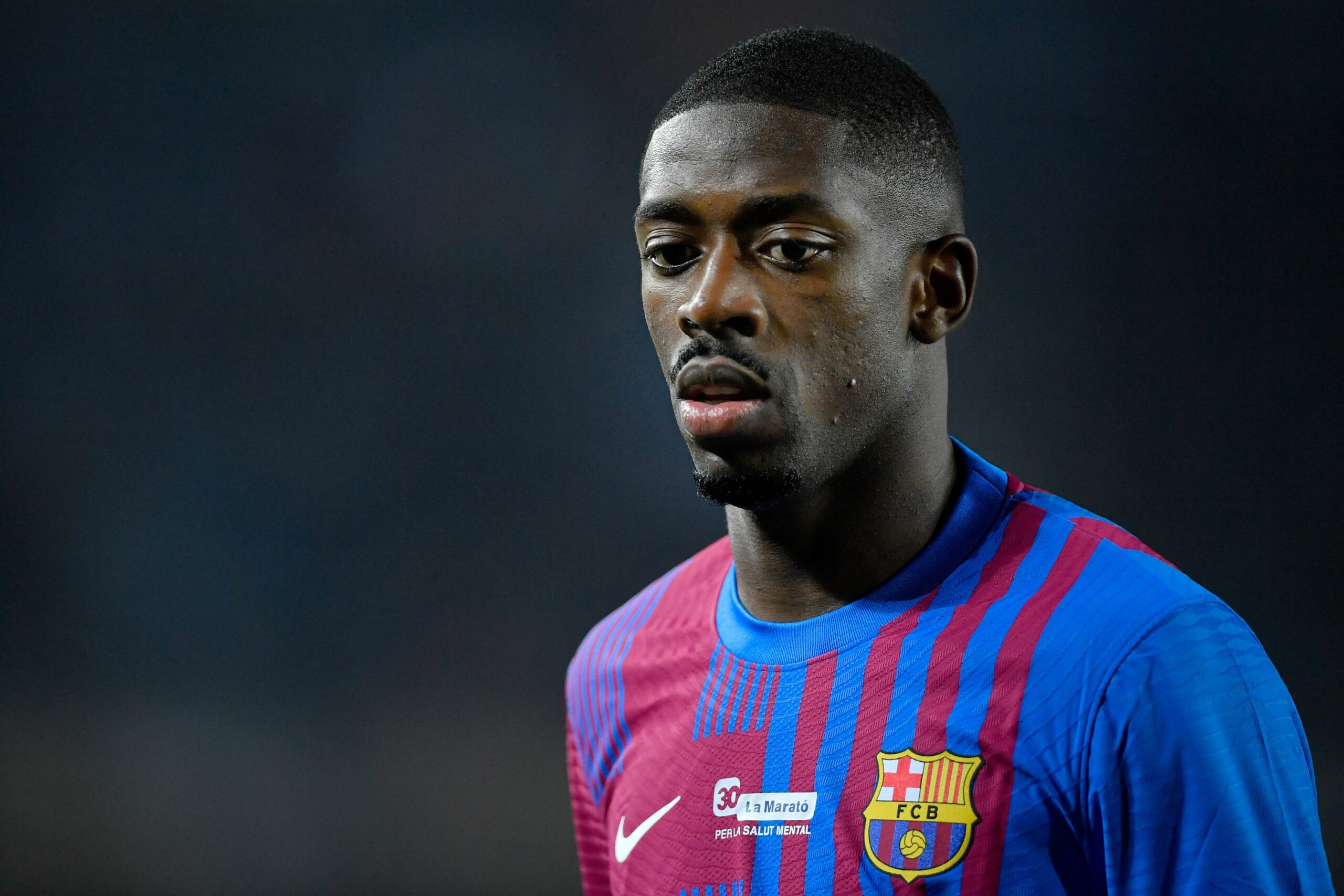 Dembele has entered the final six months of his contract, and a recent report claimed that the Red Devils could sign for a cut-price fee of €20 million this month.

It is now reported that the Catalan giants have made a swap proposal to the Red Devils. The Blaugrana are keen on landing Martial in exchange for the World Cup winner.

Martial has expressed his desire to leave the Red Devils this month, but manager Ralf Rangnick recently insisted that there are no suitable offers for the club to consider.

Dembele has been long linked with the Red Devils. He was a loan target for them in October 2020, but a deal did not materialise before the deadline.

The Blaugrana wanted Dembele to pen a 12-month renewal before heading out on loan. His reluctance pulled the plug on the proposed deal.

The Frenchman had an impressive 2020/21 campaign where he was largely injury-free. He managed 16 goal contributions in 44 games.

It appeared that he had turned the corner on his poor fitness record but ended up suffering a knee injury on international duty last summer.

The 24-year-old has been a regular starter since his comeback, but it appears he has his sights on a fresh challenge away from the club.

The Blaugrana are open to sanctioning his exit amid his expiring contract. Martial would be a quality addition to their attack on a swap deal.

The club are eyeing a new centre-forward, and Martial would fit the bill. The Frenchman has an ideal opportunity to revive his flagging career.

However, it is unclear whether United will consider the proposal. Despite his injury troubles, Dembele remains a long-term target for the club.

The hierarchy could be open to handing him a raise on his £210,000-per-week wages, but they may not entertain a straight-cash agreement.

Martial is effectively contracted until June 2025. The Blaugrana may need to pay cash on top of Dembele to convince the Red Devils into a deal.