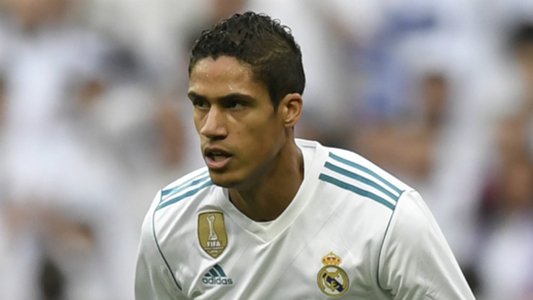 Manchester United can be expected to be busy during the summer transfer window as Jose Mourinho overhauls parts of his squad in a bid to challenge for next season’s Premier League and Champions League titles.

Michael Carrick is set to be handed his final Premier League game for us when we host Watford in our season finale before the 36-year-old retires, and Marouane Fellaini is nearing the end of his contract.  Therefore, we can expect to see new two centre midfielders arrive at Old Trafford over the summer.

On top of that the boss is expected to find a new left-back for Ashley Young who turns 33 over the summer and isn’t an out-and-out defender.  And as Victor Lindelof hasn’t worked out in defence following his big money move from Benfica last summer we are the market for a new centre-back.

We have strongly been linked with Barcelona’s Samuel Umtiti in recent months but reports in Spain are now claiming that we are looking at a player from their rivals instead.

According to Spanish outlet Don Balon we are ready to offer €70 million (£61m) for Real Madrid centre-back Raphael Varane.

The 25-year-old was originally handed his debut at the Santiago Bernabeu Stadium by Jose Mourinho and hasn’t always been a first team regular in the Real Madrid back four.  Varane has made 25 La Liga appearances this season and a further 10 in the Champions League following the departure of Pepe.

Don Balon claims that the defender values the idea of moving to the Premier League, mentioning Jose Mourinho as a key factor.

Whether Real Madrid would sell one of their stars remains to be seen however.  Varane’s centre-back partner, Sergio Ramos, is 32, whilst Nacho hasn’t re