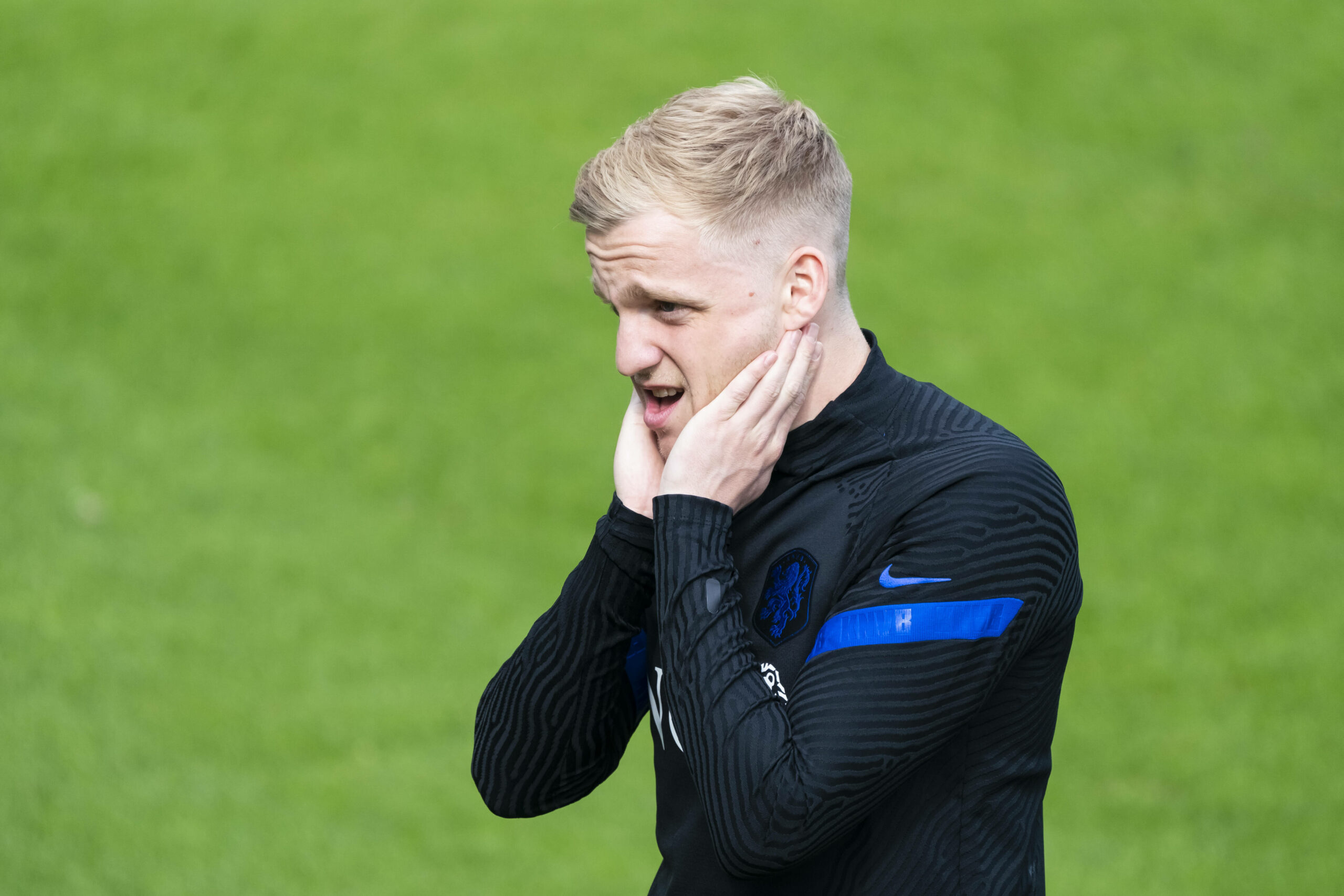 Donny van de Beek could be on his way out of Manchester United following an underwhelming maiden Premier League campaign.

According to the Daily Mirror, Real Madrid are assessing the prospect of landing the Dutchman on a season-long loan with an option to make it permanent next summer.

Los Blancos are reportedly willing to offer United £2 million to sign the 24-year-old for a year, with a buy-out clause set at £38m to match the amount the Red Devils spent to take him away from Ajax last summer.

Van de Beek switched to Old Trafford on the back of two eye-catching seasons in the Eredivisie but failed to live up to expectations under Ole Gunnar Solskajer last season.

Indeed, the Dutch starlet barely featured for United in 2020/21, with 15 of his 19 Premier League outings coming in the form of appearances off the substitutes’ bench.

Considering his limited playing time, it comes as no surprise that the midfielder struggled to make an impact in the red jersey, which could spell the end to his brief Premier League career.

Los Merengues are ready to offer the Dutchman an escape route from the Theatre of Dreams, with United reportedly open to offloading their misfit as part of their efforts to land Raphael Varane.

The player’s boyhood club Ajax were also in the mix, but the Red Devils immediately rejected the Eredivisie club’s approach.

The Old Trafford hierarchy wants to use Van de Beek as a makeweight in a deal to sign the 2018 World Cup winner from Madrid.