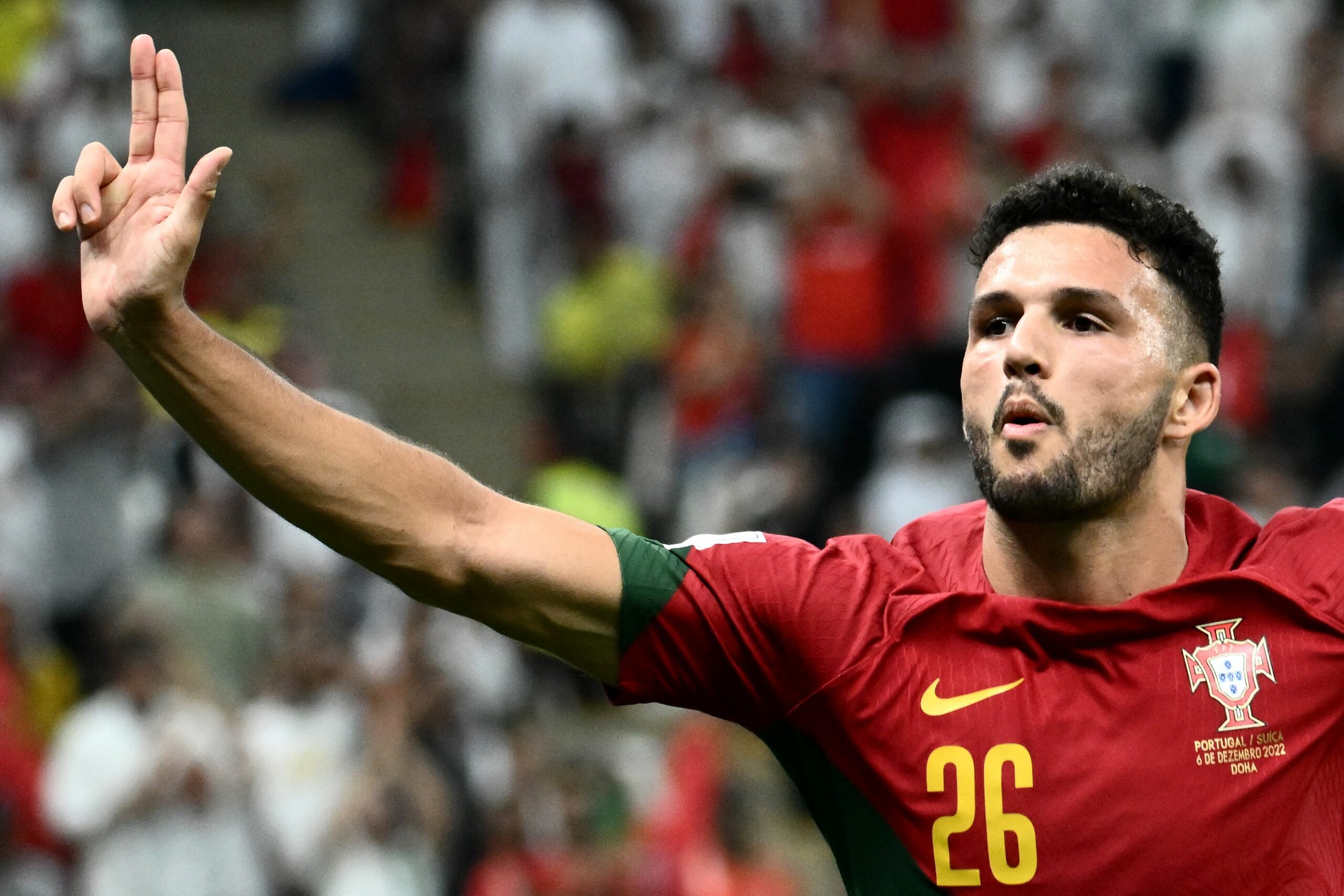 Manchester United are ready to enquire over the possibility of signing Benfica striker Goncalo Ramos during the January transfer window, according to Record (today’s edition, page 7).

The Red Devils were keeping tabs on the Portuguese striker earlier in the summer but they did not make a formal proposal as they were focused on signing Antony from Ajax.

The club are now re-considering a move for the 21-year-old sensation and Record claim that they could open a dialogue with Benfica over a potential transfer.

However, a deal seems unlikely at the start of 2023, given United’s financial constraints. January is not considered as an ideal time to make a marquee signing.

Ramos could have been signed for €41 million during the last transfer window but Benfica are now reluctant to sell him in January unless his buy-out clause is triggered.

Hence, the Red Devils have no room for negotiations with the Portuguese outfit this winter. They could, however, convince them to lower the price at the end of the campaign.

In our view, the club may have to look elsewhere to bolster their attack in January. A loan signing seems more appropriate if the Glazers are reluctant to spend big this winter.

This would allow United time to pursue Ramos from Benfica next summer. The Portuguese has had a good season for his club with 14 goals and six assists from just 21 appearances.

His reputation has been further enhanced by his stunning hat-trick against Switzerland at the World Cup and there will be several clubs knocking on the door of Benfica soon.

United missed out on landing Darwin Nunez to arch-rivals Liverpool last summer. They must avoid another repeat and should try and negotiate an advanced transfer deal.