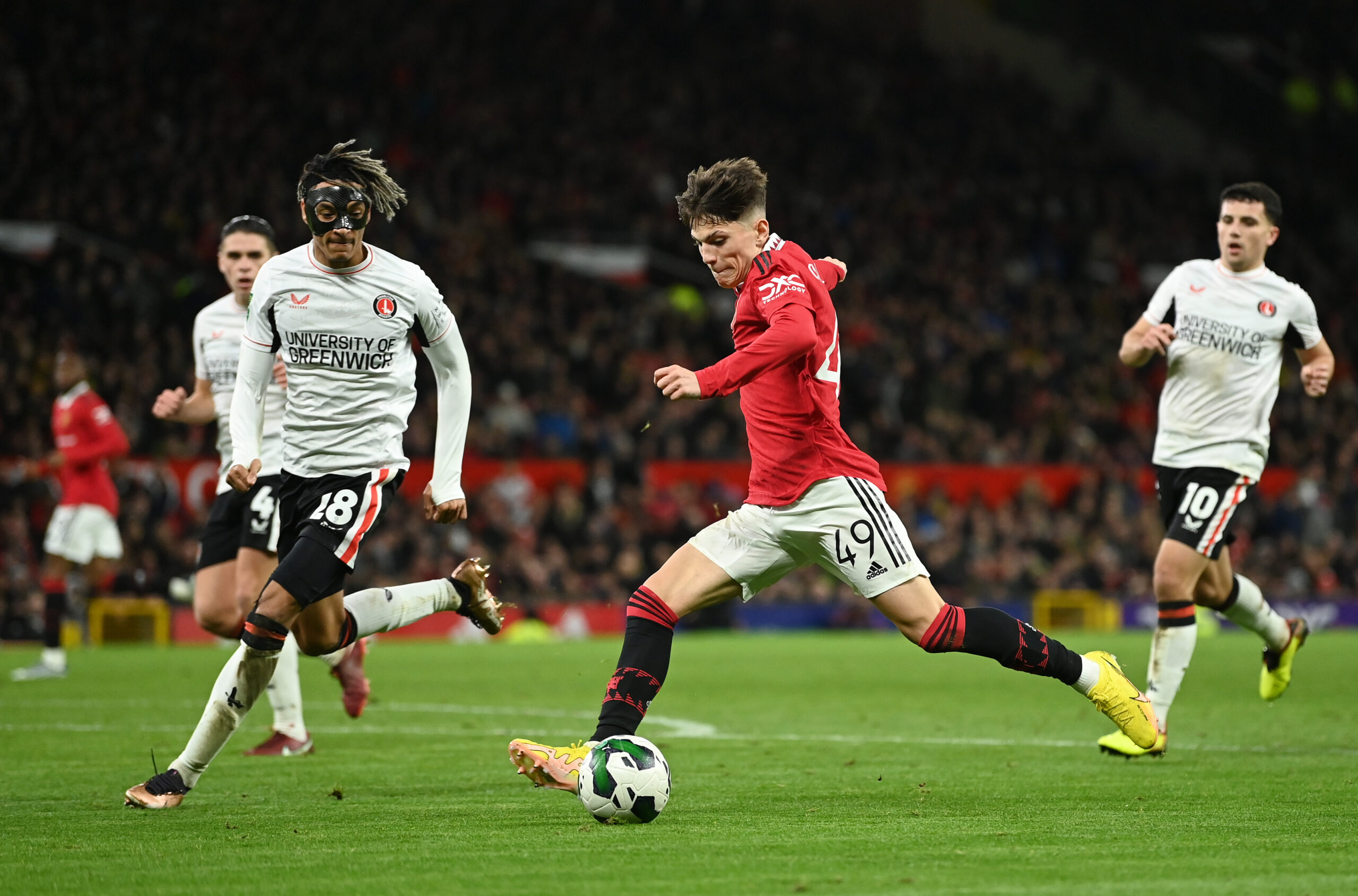 Manchester United are ready to commit Alejandro Garnacho to a club-record contract but the youngster has yet to be convinced over extending his stay, The Mirror report.

The Argentine has had a tremendous start to his United career, registering two goals and five assists from just over 600 minutes of first-team football this season.

He looks set to have a bright future ahead of him, but the Red Devils are currently struggling to convince him and his family with the wage proposal on the table.

A package worth £32,000-a-week was initially agreed but talks have now hit a snag with the player’s entourage said to be holding out for a much higher sum.

Meanwhile, there is also a dispute over the length of the contract. United want to hand him a record eight-year deal, but his family and advisors don’t want to commit to more than four.

Elsewhere, it is claimed that United could go beyond their traditions by including a buy-out clause. They remain positive about their prospects of keeping Garnacho.

Man Utd must do what it takes to keep Garnacho

Garnacho is a special talent and has already shown his immense potential with game-changing moments.

The youngster’s highlight of the season is obviously the last-gasp winner at Fulham before the World Cup but he was also influential in the Manchester derby last weekend with a crucial assist.

Erik ten Hag has been restricting his playing time such that he can stay grounded and work hard. The Dutchman also does not want to hand huge wages to Garnacho at such a young age.

However, United should not be adamant on their stance and must give some leeway in the negotiations. The 18-year-old is probably eyeing close to £50,000-a-week to commit his future.

United still have time with around 30 months left on his contract, but need to sort out his future immediately such that his head is not turned by interest from Real Madrid among others.