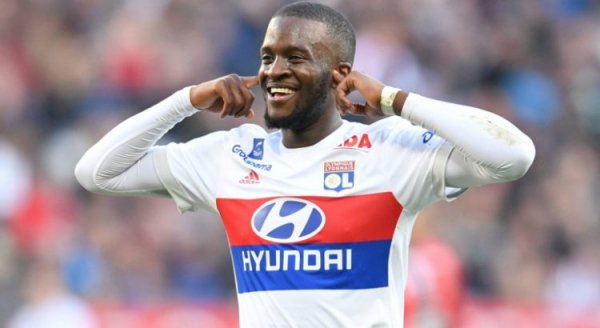 We are expected to sign another central midfielder during the summer transfer window due to the retirement of Michael Carrick and the impending departure of Marouane Fellaini.

According to reports today, we are preparing to hijack Tottenham Hotspur’s attempts to sign midfielder Tanguy NDombele from Lyon this summer.

The 21-year-old had a standout season with Lyon this past campaign, making 50 appearances in all competitions and helping the side clinch a Champions League place for next season.

NDombele is actually on loan from Amiens but Lyon are keen to trigger a £7 million agreement to make the deal permanent this summer.

And according to a report from France (via Team Talk), the French side could make a significant profit from him immediately as they are claiming we are ready to make an offer for the player.

Earlier this week Sky Sports reported that Spurs had expressed an interest in signing the same player as Mauricio Pochettino is keen to have a replacement for Mousa Dembele should he leave North London during this transfer window.

Team Talk value the player at €50 million (£44m) for the youngster; a similar price to what we have reportedly just paid for Fred.

Tanguy NDombele works hard in midfield, both on and off the ball.  He is strong in the tackle and wins the ball back for his side several times a game.  The central midfielder also recorded six assists in Ligue 1 this past season, and is also a good dribbler as well as passer of the ball.