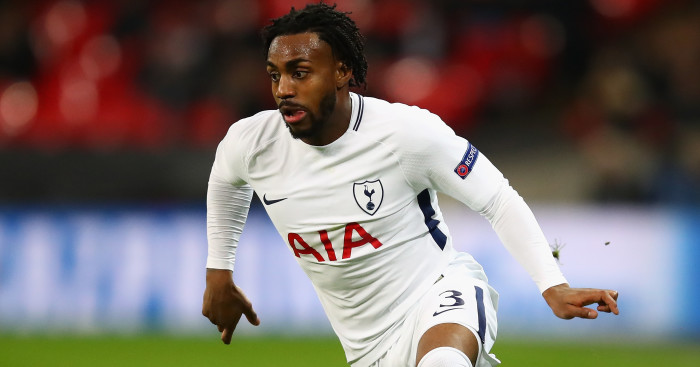 Manchester United are widely expected to be busy during this summer’s transfer window with particular focus on upgrading in defence and midfield.

With the way the transfer market is currently and the money available to Premier League teams it is likely that some serious money is going to be spent at Old Trafford this summer.

And the Metro reckon that we could spend as much as £150 million on three players alone.

The first of those is Tottenham Hotspur left-back Danny Rose.  The England international is almost certain to leave the North London club this summer after falling out with them last summer and only making nine Premier League appearances so far this campaign. Rose was strongly linked with a move to us last summer but after spending the first half of the season on the sidelines he wasn’t strongly linked in January.

We can be sure to sign a new left-back this summer as Ashley Young has predominately started here.  The winger-come-full-back turns 33 over the summer and Jose will simply want a natural full-back to play left-back next season.  Luke Shaw, Matteo Darmian, Marcos Rojo and Daley Blind could all be on their way out.

With Michael Carrick retiring at the end of the season and Marouane Fellaini yet to put pen to paper over a new contract, two new central midfielders are expected to arrive at Old Trafford before the start of next season.

The Metro report that we are in pole position to sign Lazio star Sergej Milinkovic-Savic.  The £80 million-rated central midfielder has widely been tipped to sign for us over the summer by several outlets.  The attacking midfielder is having an outstanding season in Rome, scoring 11 goals and setting up three in his 33 Serie A appearances (31 starts) to date.

Shakhtar Donetsk central midfielder Fred is the other player mentioned in the article.  The Brazilian is a more defensive option to Milinkovic-Savic and had an excellent Champions League campaign with the Ukrainian Premier League side this term, helping them reach the second round.

We shall have to wait and see how things develop over the coming months but it’s certainly going to be an exciting period for us as Jose Mourinho looks to build a team to challenge for both the Premier League and Champions League next season.