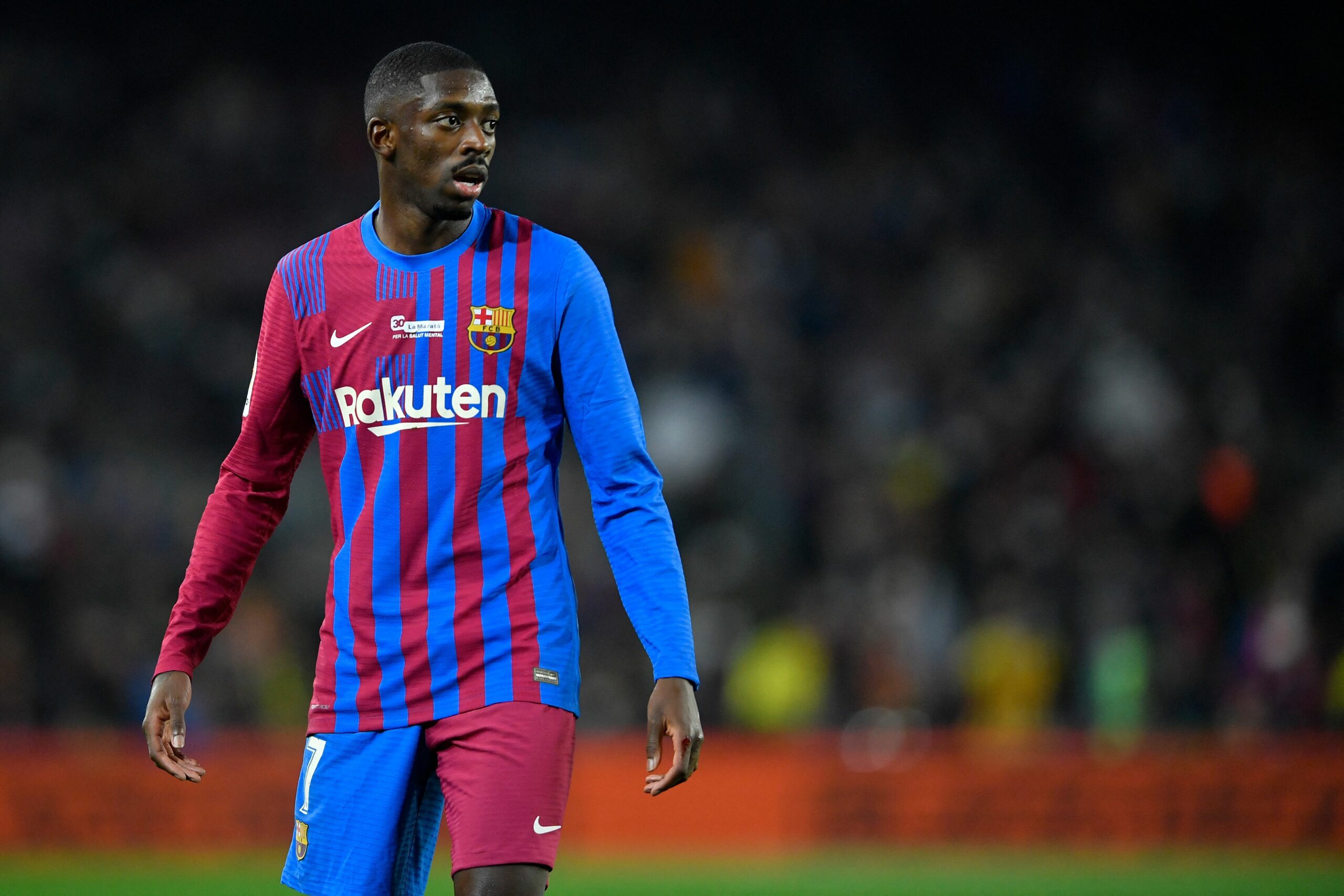 Manchester United are the ‘only team’ maintaining an interest in Ousmane Dembele amid his expiring contract at Barcelona, Spanish publication Sport reports.

The Frenchman has been a long-term target for the Red Devils. He was heavily linked with them during the January transfer window, but nothing materialised in the end.

It is now reported that the club are ‘maintaining their interest’ in the 24-year-old, who could be available on a free transfer this summer. Chelsea and Juventus are no longer in the hunt.

Paris Saint-Germain have also denied any approach for the World Cup winner, but it remains unclear whether the United hierarchy will meet the ‘economical demands’ of the player.

United have been long-time admirers of Dembele. They tried to sign him on loan during the 2020 summer transfer window. A deal failed to go through after he refused to sign a one-year extension before leaving.

They have since been linked with him on numerous occasions. A cut-price deal was talked about in January this year, but the board opted against new arrivals until the appointment of a permanent manager.

The club may have the chance to sign Dembele on a Bosman deal this summer, with his current contract expiring at the end of June. However, he is unlikely to come on the cheap, judging by previous reports.

He could demand a similar salary package on top of a significant signing-on fee to join on a free transfer ahead of next season.

There are no doubts over the Frenchman’s quality on the playing field. He recently bagged one goal and two assists in just 23 minutes against Athletic Bilbao in the Spanish La Liga.

However, the main concern has been his injury record since 2017. He has missed over 700 days of first-team action during this period, and United can ill-afford a similar situation.

While United may want to pursue another top quality winger this summer, they could be better off looking at other options over Dembele. Signing him would be a massive gamble.

The Red Devils are currently keeping tabs on PSV Eindhoven’s Cody Gakpo. The 22-year-old is a better alternative on lower wages, though PSV will demand a reasonable fee.