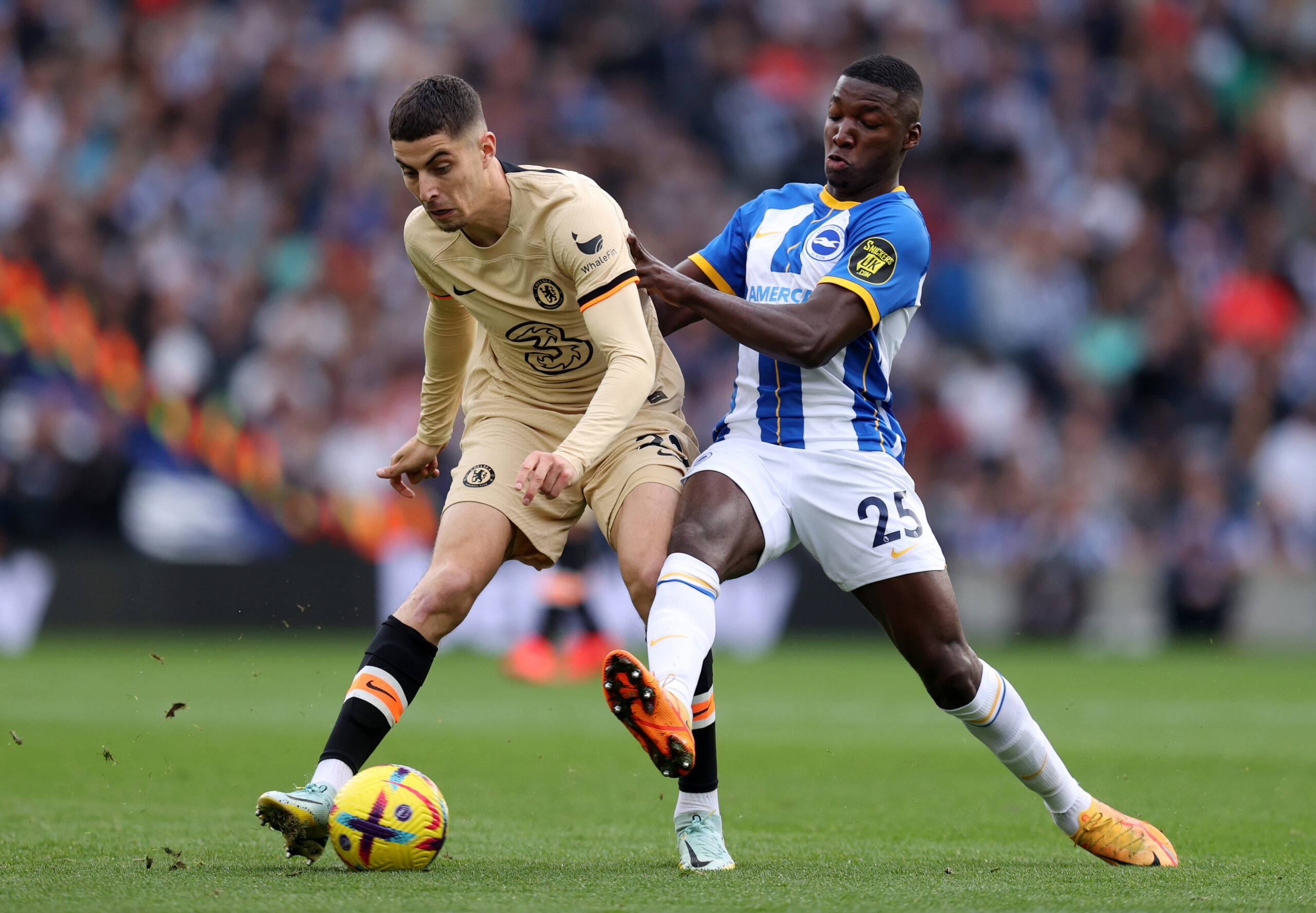 Manchester United will need to pay £85 million to sign Brighton & Hove Albion midfielder Moises Caicedo, according to The Mirror.

The Red Devils bolstered their midfield with the signings of Casemiro and Christian Eriksen this summer and the duo have already made a big impression.

However, this has not stopped the speculation over more arrivals and The Mirror cite that United are one of the clubs interested in landing Brighton’s Caicedo.

United had the chance to sign the 20-year-old from Independiente for just £5m in the winter of 2021. It is now claimed that Brighton value him at an eye-watering £85m.

Caicedo only made his Premier League debut in April this year, but he has already made a huge impact with his superb defensive attributes from midfield.

This season, he has registered an impressive 2.8 tackles and 1.3 interceptions per top-flight game while winning 5.3 duels. He has also completed 87 per cent of his passes.

At just 20, the Ecuadorian has matured into a top-class defensive midfielder and he could build his reputation further during the upcoming World Cup in Qatar.

With the price tag quoted, a mid-season exit is unlikely, but there could be clubs lining up to sign him next summer. Chelsea, Liverpool and Newcastle are also keen.

United have the financial muscle to purchase Caicedo, but the big question is whether manager Erik ten Hag wants another holding midfielder in the first-team squad.

Aside from Casemiro, the Red Devils have Scott McTominay and Fred. One of the duo may have to leave (most likely Fred) if the club were to pursue Caicedo’s services.