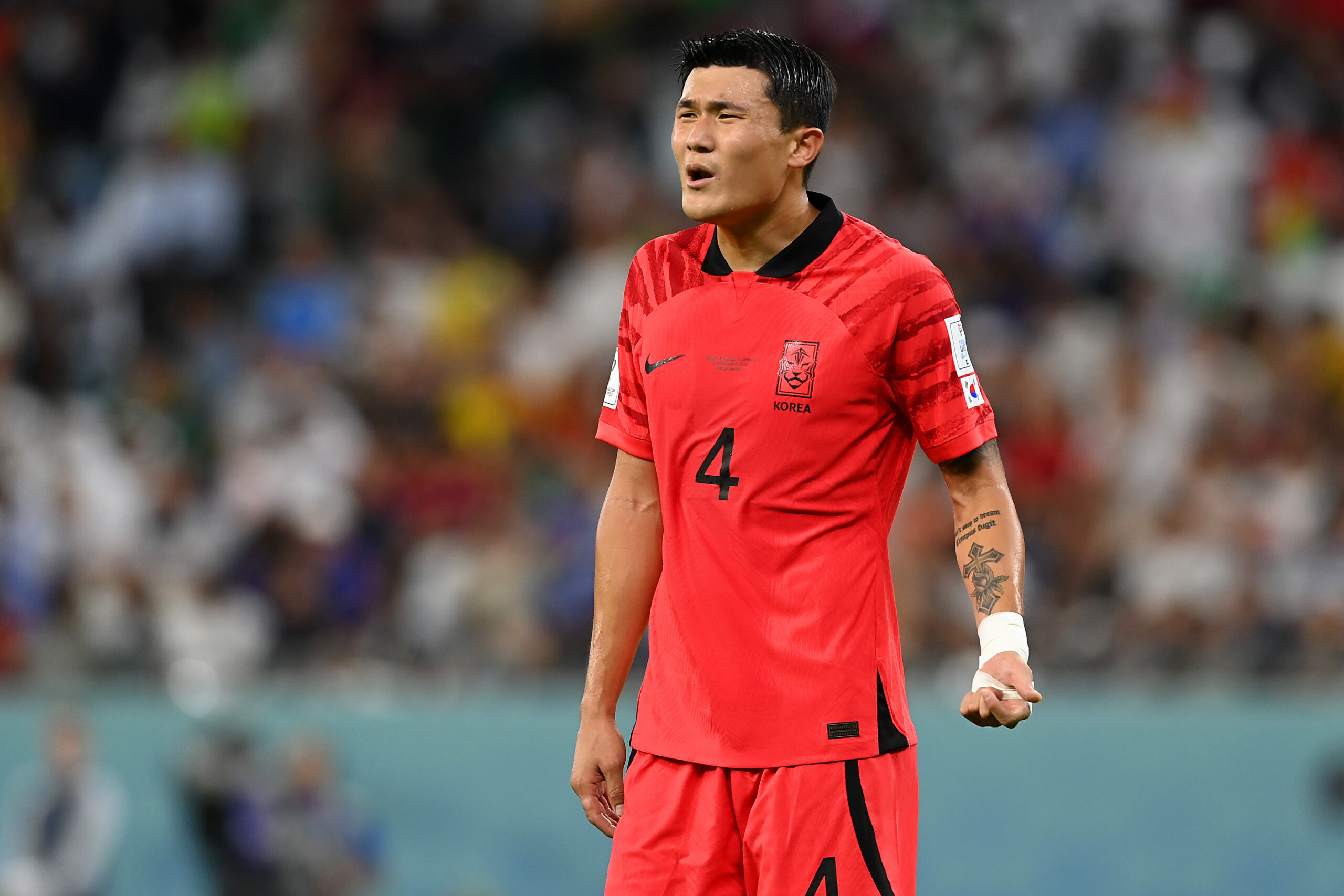 Manchester United must beat Real Madrid to the signing of Napoli defender Kim Min-jae after learning of the low release clause in his contract.

The 26-year-old joined Napoli from Fenerbahce for £16 million last summer and he has since been a revelation for them with several stand-out performances.

The centre-back was also superb for South Korea in their run to the World Cup last 16 and it is now claimed that United and Real Madrid want to sign him.

Kim Min-jae currently has a low £38m buy-out clause in his contract. This has put Napoli in a vulnerable position ahead of the January transfer window.

Kim Min-jae was signed by Napoli as a replacement for Kalidou Koulibaly last summer and he has definitely exceeded expectations during the opening half of the season.

The South Korean has averaged 3.9 clearances, 1.6 tackles and one interception per appearance. He has also won an impressive 3.1 aerial duels per game while completing 90 per cent of his passes.

With such statistics, there are no surprises that United and Madrid are interested in him. In our view, the Red Devils must be pro-active to beat Los Blancos to the defender’s signature.

There have been claims that Harry Maguire could be sold next summer. Min-jae would be a solid upgrade on the England international, but United may have to sign him in January itself.

Napoli are hopeful of cancelling Min-jae’s release clause with a new deal and United will have to engage with his representatives as soon as possible to persuade the player to join them.

Lisandro Martinez and Raphael Varane are currently the preferred centre-backs under manager Erik ten Hag, but the latter has failed to stay unscathed over a prolonged period of time.

Varane’s injury concerns mean that there is room for someone like Min-jae to become a regular starter.