Man Utd ‘most interested’ in signing Denzel Dumfries in January, Chelsea also in the picture 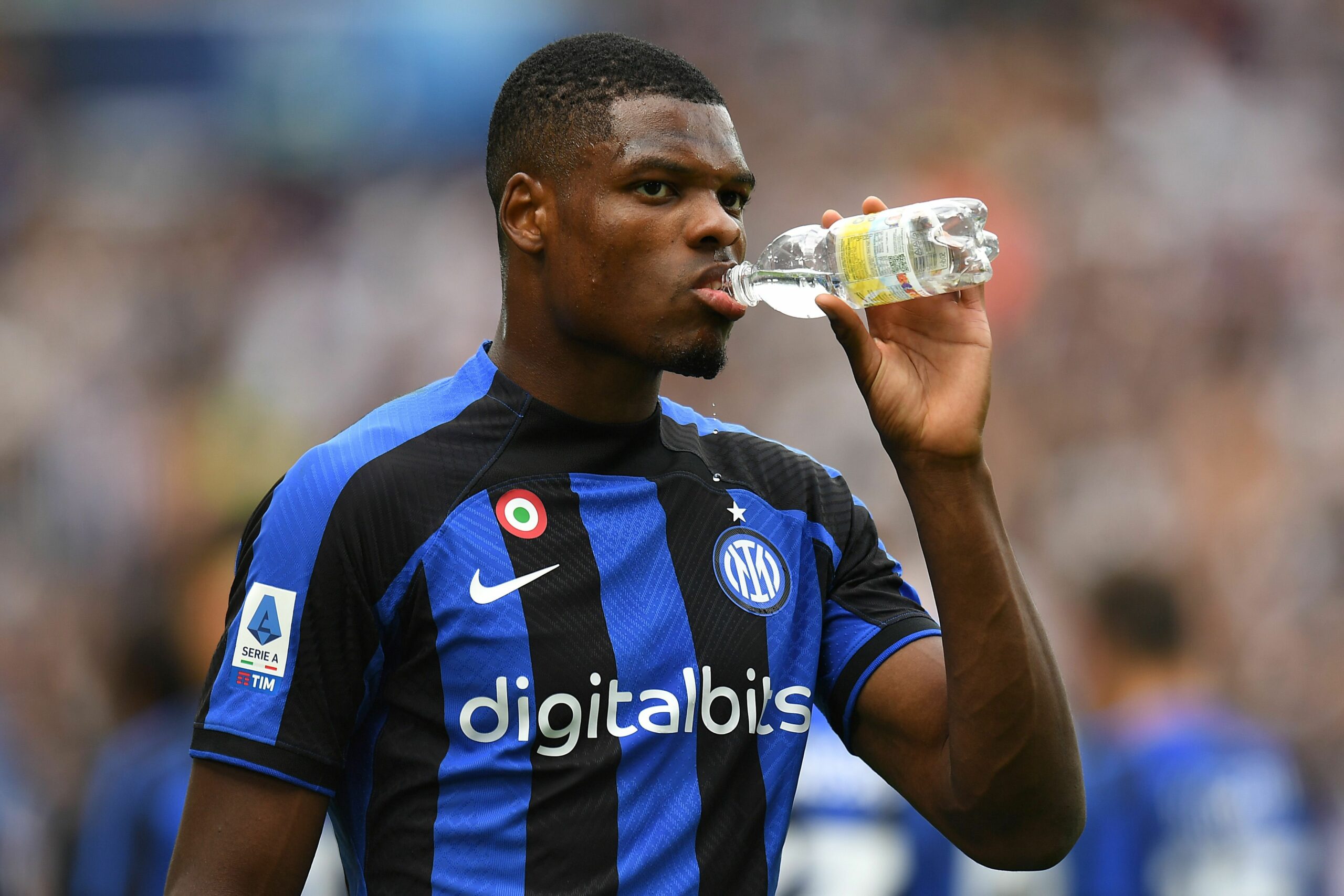 Manchester United are one of the most interested clubs in signing Inter Milan defender Denzel Dumfries, according to Gazzetta dello Sport (today’s edition, page 18).

The Red Devils are currently focused on pursuing the services of Burnley striker Wout Weghorst on loan. A deal for the Netherlands international could materialise this week.

While that happens, there is speculation that United could land a new right-back and Gazzetta dello Sport claim that the club are interested in another Dutch star in Dumfries.

Inter are not actively looking to sell him at the moment, but it is claimed that they would not resist his departure this winter if any club meets their €60 million valuation.

Furthermore, Premier League duo United and Chelsea are said to be ‘most interested’ in signing him. It has been reported that they ‘could bring forward the operation’ in January.

The Nerazzurri will attempt to land Bayern Munich’s Noussair Mazraoui if Dumfries leaves this month.

United are currently focused on pursuing a low-cost striking option. They have convinced Besiktas to terminate Weghorst’s loan deal but the Turkish club want a replacement first.

This could delay the transfer for a few days, but United are very much assured of landing the Dutchman.

When this is done, they could concentrate on the right-back situation. Diogo Dalot recently returned from a hamstring injury, but he was substituted early yesterday with a fresh concern.

Erik ten Hag said that the Portuguese was taken off as a precaution and United should give a clear update on the full-back’s condition ahead of the Manchester derby this weekend.

If Dalot is deemed fit, United could be tempted to assess Aaron Wan-Bissaka’s position, considering Wolverhampton Wanderers are prepared to sign him on a permanent basis.

Dumfries would be an ideal fit for Ten Hag with his superb attacking attributes. The 26-year-old also possesses good defensive skills and tends to win most of his duels contested.

The ‘explosive‘ star would not have any trouble adapting to United’s system. He has been playing at right wing-back over the last 18 months but was previously a traditional right-back at PSV.

United’s main concern could be the interest from rivals Chelsea. With Reece James sidelined with yet another injury, the London outfit could make a swift approach for Dumfries’ signature.

Hence, the Red Devils will need to act quickly if they want to land Dumfries this month. The Dutch international would provide the strong competition required in the right-back department.

Maguire: £307m transfer debts preventing Man United from buying a player
Manchester United reportedly could sign Evan Ndicka for absolutely nothing – it would be superb